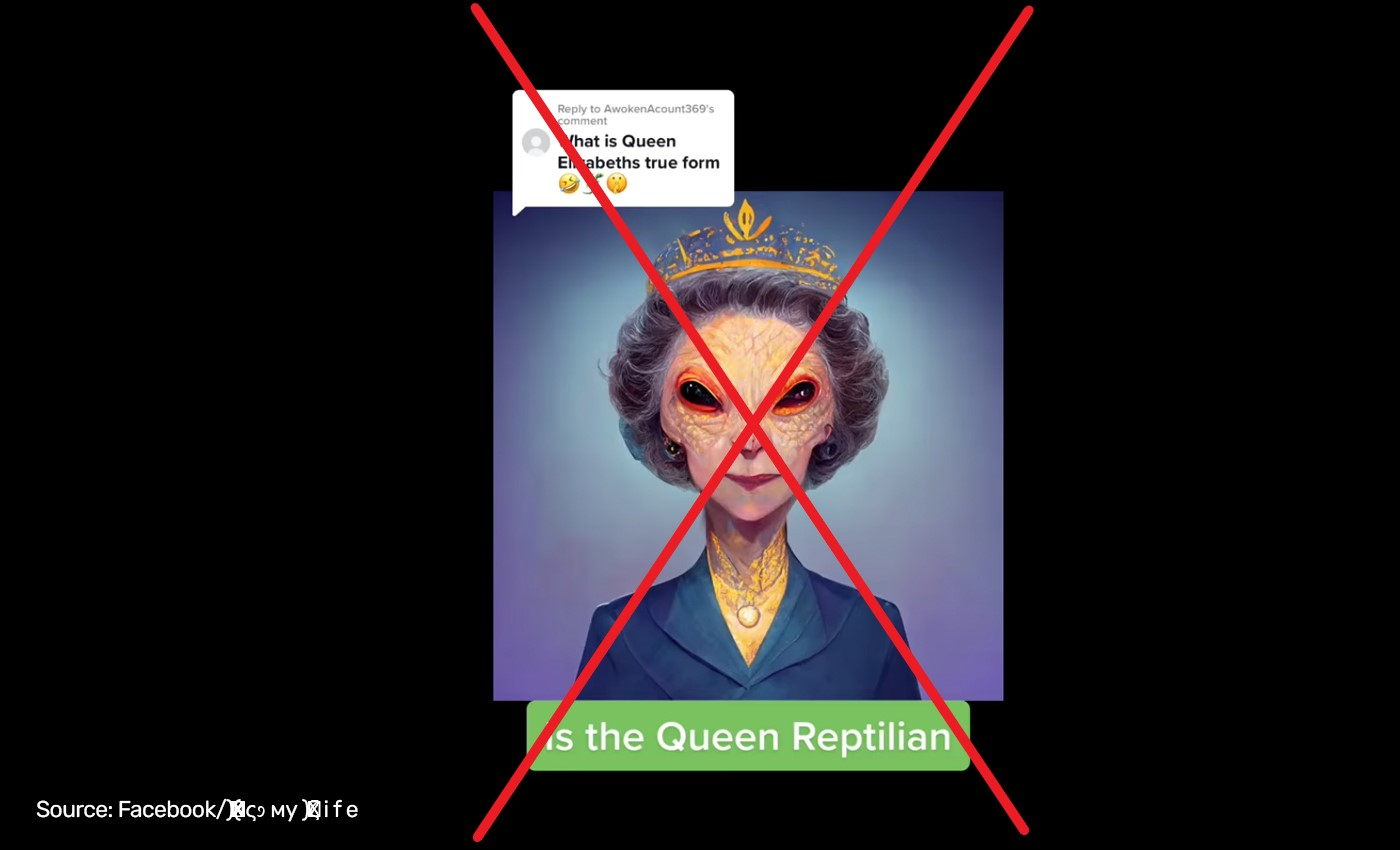 This claim is based on the reptilian conspiracy theory, akin to antisemitic theories like the New World Order, and is baseless.

After reigning for over 70 years, Queen Elizabeth II died on September 8, 2022. Since then, there has been a surge in misinformation regarding her and the royal family. A recent Facebook post claimed that the Queen was a reptilian shapeshifter. The post had a video of various illustrations of her as a reptilian being. The post's caption read, "Asking AI to show the true form of Queen Elizabeth". The reptilian theory is a conspiracy that is baseless and not proven to be true.

The reptilian theory is a conspiracy theory that claims lizard people, cold-blooded humanoid reptilians, can shapeshift into human form, Logically reported. This theory is antisemitic in targeting Jewish figures and overlaps with similarly antisemitic theories like New World Order, Freemasons, and the Illuminati.

According to Vox, people who believe in this theory think that alien creatures have been visiting the planet and breeding with humans since ancient times. They believe that world leaders like Queen Elizabeth II, George W. Bush, the Clintons, and Bob Hope are all lizard people. According to Time magazine, the common notion among conspiracy theorists is that the alleged lizard people have embedded themselves in powerful positions in politics, Hollywood, and other sectors of society. These claims are baseless and conspiratorial.

Over the years, the Queen suffered from various ailments. In 2003 she underwent knee surgery "to remove a torn cartilage in her left knee. This operation follows a similar one on Her Majesty's right knee on 13 January this year," Buckingham Palace reported.

In 2021 she was reported to have sprained her back and had mobility issues, Medical News Today reported. In February 2022, she tested positive for COVID-19 after being vaccinated in 2021, according to Medical News Today. Her medical reports in the last two decades prove she is not a reptilian. The claims of the queen being a reptilian are baseless and just conspiracy theories.

Claims that Queen Elizabeth II was a reptilian shapeshifter are baseless and part of larger conspiracy theories. There is no basis for such claims. Hence we mark this claim as false.