Images of 'giant' skeletons prove that giants once existed on earth. 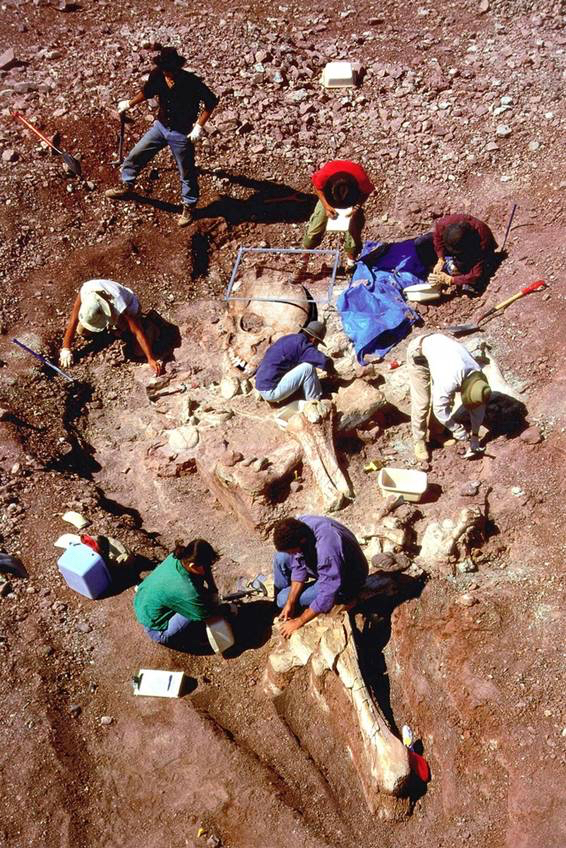 This is an old hoax that has been repeatedly debunked.

An old internet hoax has been revived and is circulating on social media. Since the early days of the internet, posts have appeared across various websites and social media platforms containing images of large human skeletons, claiming to prove the historical existence of ‘giants.’

These ‘giant skeleton’ images have been debunked several times before. National Geographic published an article about the hoax as long ago as 2007, showing that many of the photos that frequently accompany these posts can be found in the archives of a now-defunct website’s “photoshop contest.” Several other websites have also debunked many of the recent versions of the hoax.

One post, in particular, shows some of these faked ‘giant skeleton’ photos, as well as photos of (what is implied to be) ‘giant’ weaponry and religious/mythological imagery; this post is currently being shared widely on Facebook. The caption claims that not only do these images show that giants exist, but that these giants were in fact ‘Nephilim,’ an ancient race of giants mentioned in the Hebrew Bible. They were said to be of immense size and strength and lived around the time of Noah and the flood.

The exact origin and history of the Nephilim is a popular topic within conspiracy theory circles because the implication that these skeletons have been ‘hidden’ from public knowledge confirms a conspiratorial worldview. At the same time, the convincingly manipulated images appeal to people who are already inclined to believe something ‘extra-ordinary.’ Giants appear in many religious and mythological accounts of history, so individuals who are religiously or mythologically inclined may well see the images of giant skeletons as proof of their beliefs.

The weapons pictured in the video featured in the post are real historical swords, such as the Japanese Ōdachi, a type of longsword used by samurai. The very longest of the Ōdachi were used for ceremonial purposes, such as the Norimitsu Ōdachi, which was 4 meters long and weighed 15 kilograms. The other image of ‘giant’ weaponry is from an exhibit at the Topkapi Palace Museum in Istanbul, Turkey, and depicts three Hungarian two-handed swords from the 12th century.