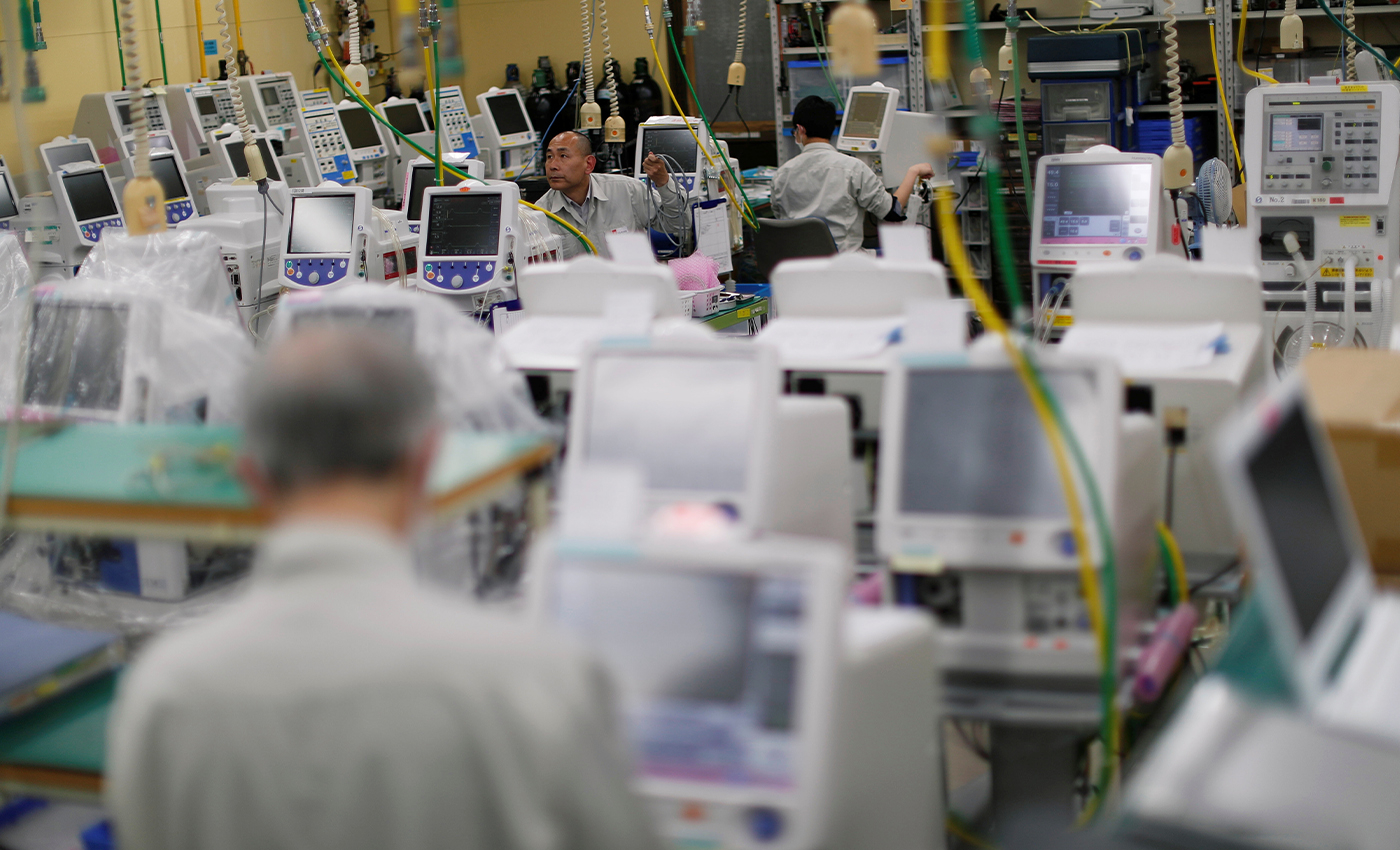 The U.S overcame the initial problem of shortage of ventilators, and no newspaper carried stories about people not receiving ventilators if needed.

When the coronavirus infection started spreading in the United States, on March 18, the New York Times reported that hospitals did not nearly have enough lifesaving ventilator machines. It further stated that hospitals in the United States roughly had 160,000 ventilators in March and a further 12,700 in the National Strategic Stockpile, a cache of medical supplies maintained by the federal government to respond to national emergencies. The Guardian reported on April 9 that healthcare workers in the United States had to make unprecedented decisions about a patient's fate due to a shortage of ventilator machines. In March, large or small ventilator manufacturers were scrambling to pump out as many ventilators as possible to meet the demand.

President Donald Trump delivered a speech in Mankato, Minnesota, on August 17, where he claimed that 'not one person the United States that needed a ventilator didn't get the ventilators.' He reiterated the same during his acceptance speech at the Republican National Convention. Politifact published a report on April 24, which noted that they reached out to representatives from over 30 states who said they haven't had or are not aware of any COVID-19 patients needing a ventilator and not getting one. Many states also reported excess supplies of the breathing machines. Moreover, on August 18, the Washington Post released an article where states that the vast majority of ventilators developed at the beginning of the pandemic in the United States are now going unused, indicating that there is now a surplus of ventilators. The Department of Health and Human Services said it had handed out 15,057 ventilators by August, and there were 95,713 ventilators in the federal stockpile. Of those, 94,352 came from contracts signed since the beginning of the pandemic. This is partly because instead of intubating patients — more common for hospitalized patients during the early weeks of the coronavirus pandemic — doctors are more likely to turn to a variety of breathing treatments. They range from flipping patients onto their sides or stomachs to aid in breathing to using high-flow nasal cannula systems, or continuous or bilevel positive airway pressure machines used for patients with sleeping disorders.

It seems that even though ventilator access was a problem initially, it did not become widespread, and the government now has a surplus of ventilators.