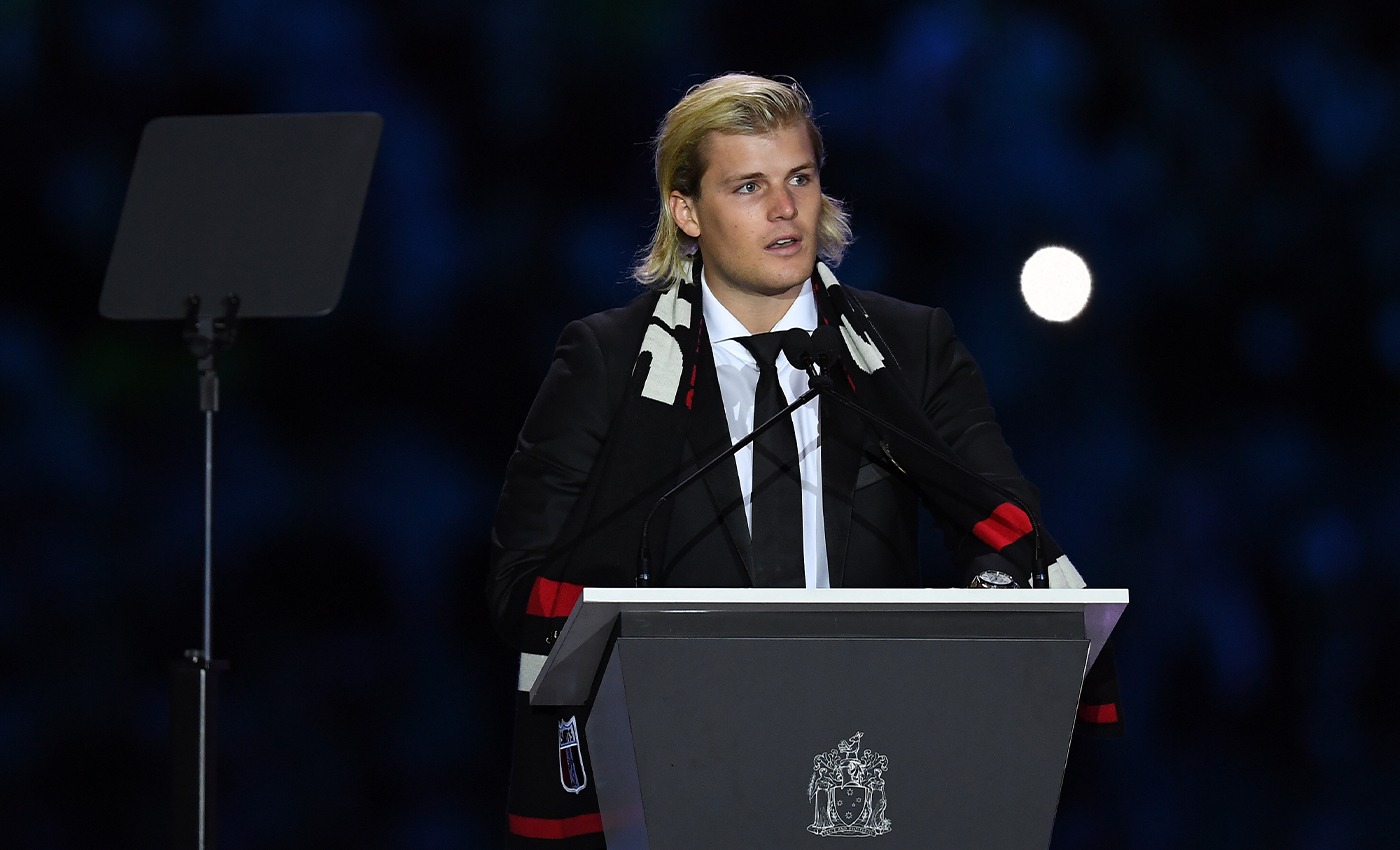 Since famous cricketer Shane Warne passed away on March 4, some social media users have been circulating a video of a man talking about Warne's death. According to a Facebook post caption, the person in the video is Warne's son, who says his death was related to the COVID-19 vaccine. He adds that Warne was in Thailand when he died, seeking therapy as a result of chest pain after being vaccinated against COVID-19.

The person in the video is not Shane Warne's son, Jackson Warne, but Blair Cottrell, an Australian far-right nationalist. Blair Cottrell and Jackson Warne have similar features, such as long blond hair and similar noses, allowing Cottrell to be mistaken for Warne. Cottrell was the former leader of the United Patriots Front, a far-right extremist group known to spread COVID-19 vaccine misinformation.

On March 30, Jackson Warne spoke about his time with his father during the memorial and did not mention the cause of death. There is no evidence to prove Shane Warne died due to an adverse reaction to the COVID-19 vaccine.

According to the autopsy, Warne's death was due to a suspected heart attack, the result of "congenital disease," according to Songyot Chayaninporamet, the deputy director of Samui Hospital, as quoted by Reuters. Songyot also said that the hospital did not find any signs of COVID-19 infection, assault, or murder.

Many media reports have cited Cottrell as an active participant in anti-lockdown protests. According to The Guardian, Cottrell has frequently published anti-vaccination material along with anti-Semitic and racist content on social media. In September 2017, Cottrell was found guilty of inciting serious contempt for Muslims after he and two other far-right nationalists uploaded a video on the United Patriots Front Facebook page of a mock beheading to protest against the building of a mosque in Bendigo, ABC News reported.