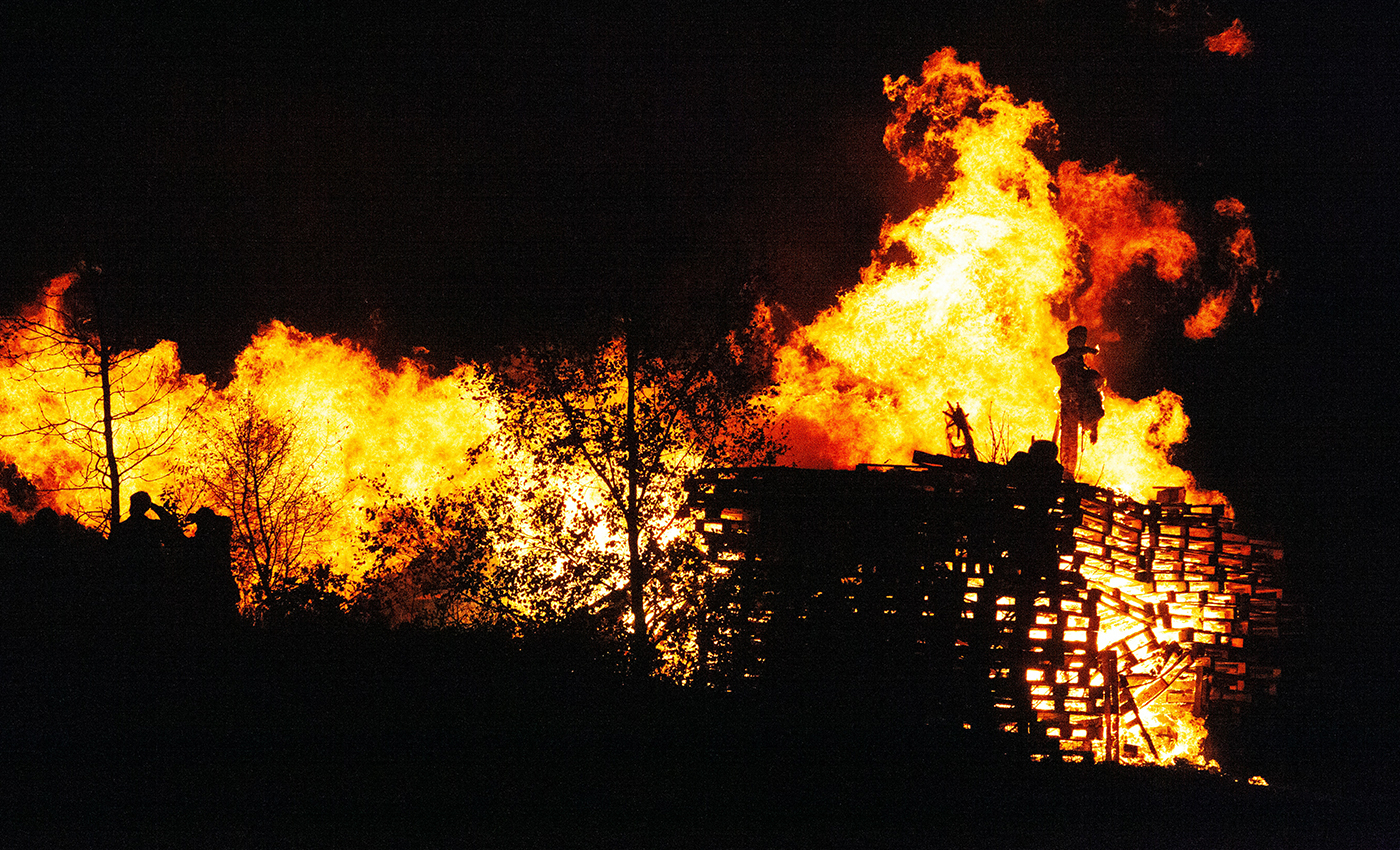 Climate change has affected the severity and length of the wildfire season in California, including temperature changes, precipitation, and drought.

In a Facebook post, Doug LaMalfa, the Republican representative of California's first congressional district, claimed that "Denouncing wildfires as solely a consequence of 'climate change' is flat out false." He states that the main cause of these fires is "decades of policy failures that have allowed our forest to become built up with overgrown brush and dried out, decaying wood – aka fire fuel." According to the California Fire Department, as of October 21, 2022, California recorded 6,860 fires, 366,121 estimated burnt acres, 104 damaged properties, and 772 destroyed properties. According to the Western Fire Chief Association, wildfire season usually occurs from June to November. Some climate change deniers believe that wildfires are not a sign of climate change.

In June 2022, Earth.org, a non-profit research organization, wrote an article that listed the causes of recent wildfires in the U.S. According to the report, California has seen a rise in wildfires due to climate change. The state has experienced "warmer temperatures and drier seasons, bringing on longer and more intense drought seasons as a result of the changing climate."

Though climate change has impacted wildfire severity over the last decade, according to the Insurance Information Institute (III), 90 percent of wildfire fires in the U.S. are started by people. "Some human-caused fires result from campfires left unattended, the burning of debris, downed power lines, negligently discarded cigarettes, and intentional acts of arson," the institute stated.

The New York Times reported on the many causes of California wildfires, which include climate change, landscapes, fire suppression, and human settlement. California has a Mediterranean climate and vegetation consisting of pine needles, dry grass, and shrubs, which together create a flammable environment. According to experts, fire suppression systems have changed the forest floor, making fires more severe. At lower elevations, there are currently more fire-intolerant shrubs and tree species like white firs. Drought is another reason for wildfires to occur. According to the U.S. Drought Monitor, as of October 2022, 40 percent of California was in the extreme drought zone.

California's wildfires are a sign of climate change. An increase in temperature has increased the length of the wildfire season, the frequency of fires, and the size of affected areas. Drought, climate, landscape, and human settlement are some of the causes of recurring wildfires in California.

A 56-year high in snow cover in the northern hemisphere in November 2022 proves global warming is a hoax.