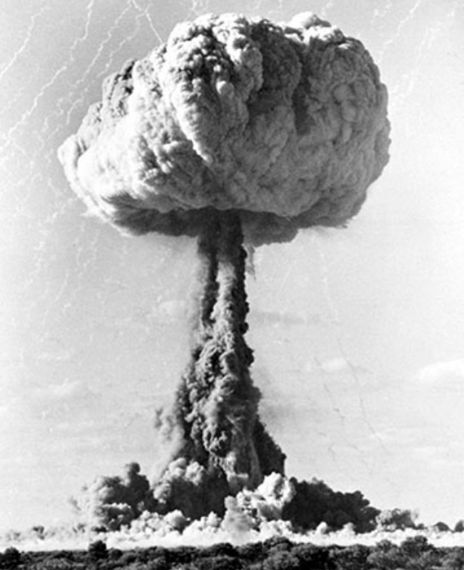 The Australian government permitted the UK to conduct a series of nuclear weapons development tests on its land.

In 1950 Britain’s Prime Minister Clement Attlee approached his Australian counterpart, Robert Menzies, to seek his agreement to test a British weapon on Australian territory. Menzies, who was eager to maintain strong links with Britain, agreed in principle immediately. There is no record of him consulting any of his Cabinet colleagues on this matter.

But, Australia did not volunteer to be a test site, but agreed when approached by the British government.

The National Museum of Australia