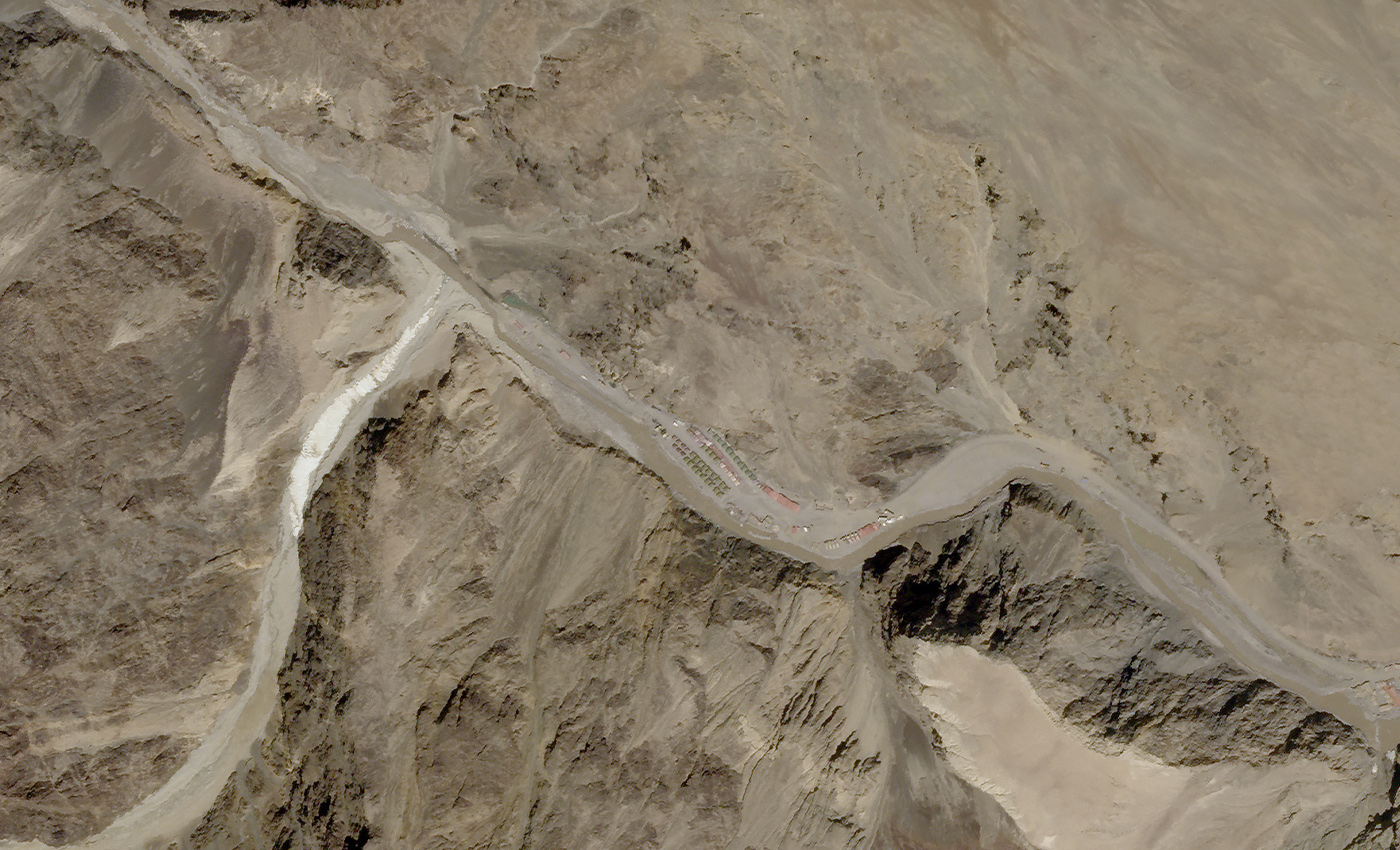 The People's Liberation Army unfurled the Chinese flag along the region of the Galwan Valley that lies in territory controlled by China.

Shen Shiwei, the chief editor of CGTN of China Central Radio and Television, tweeted a video on January 1, 2022, where the People's Liberation Army (PLA) can be seen unfurling the Chinese flag. The caption indicated the location of this to be over the Galwan Valley. The video received a lot of attention and caused a furor in Indian social media, with the Indian political opposition alleging that this was a Chinese provocation that demanded a response from the Indian government. However, this was not the case, and the video does not violate the demilitarized zone between the two countries in the area. The Galwan River originates from the disputed Aksai Chin area in Ladakh, currently controlled by China. The river flows from east to west and joins the Shyok river in the Indian territory. The Galwan Valley itself straddles both sides of the Line of Actual Control (LAC); therefore, the information from the tweet is likely to be confusing for readers not familiar with the region. Using satellite imaging, Logically was able to point out the mountain regions shown in the social media posts. The video posted on January 2 shows a bridge across the river. The bridge is located approximately 1.3 km from India's PP14, where the Galwan river takes a sharp ninety-degree turn close to the LAC before entering the Indian territory. This establishes that this video was shot on territory controlled by China. A day after the Chinese video was released, the Indian army released images with the Indian flag in the Galwan Valley. Times Now erroneously reported that "the Indian Army soldiers can be seen holding the Tricolour in snow-capped Galwan Valley, the Chinese soldiers were not in an area that had snow on the ground or peaks when they unfurled their flag." This fueled the misinformation that the Chinese video was fake. The Chinese outpost, which lies on the leeward side of the mountain, receives less snowfall. In contrast, the Indian army base at the mouth of the Shyok river lies on the windward side of the mountain, which receives more snowfall, resulting in the difference in weather on the same day. Therefore, China raised its flag on New Year's day, but it did so in the part of the Galwan Valley that lies in territory controlled by China.

A photo shows Chinese soldiers killed in the clash with Indian troops in Arunachal Pradesh's Tawang on December 9, 2022.