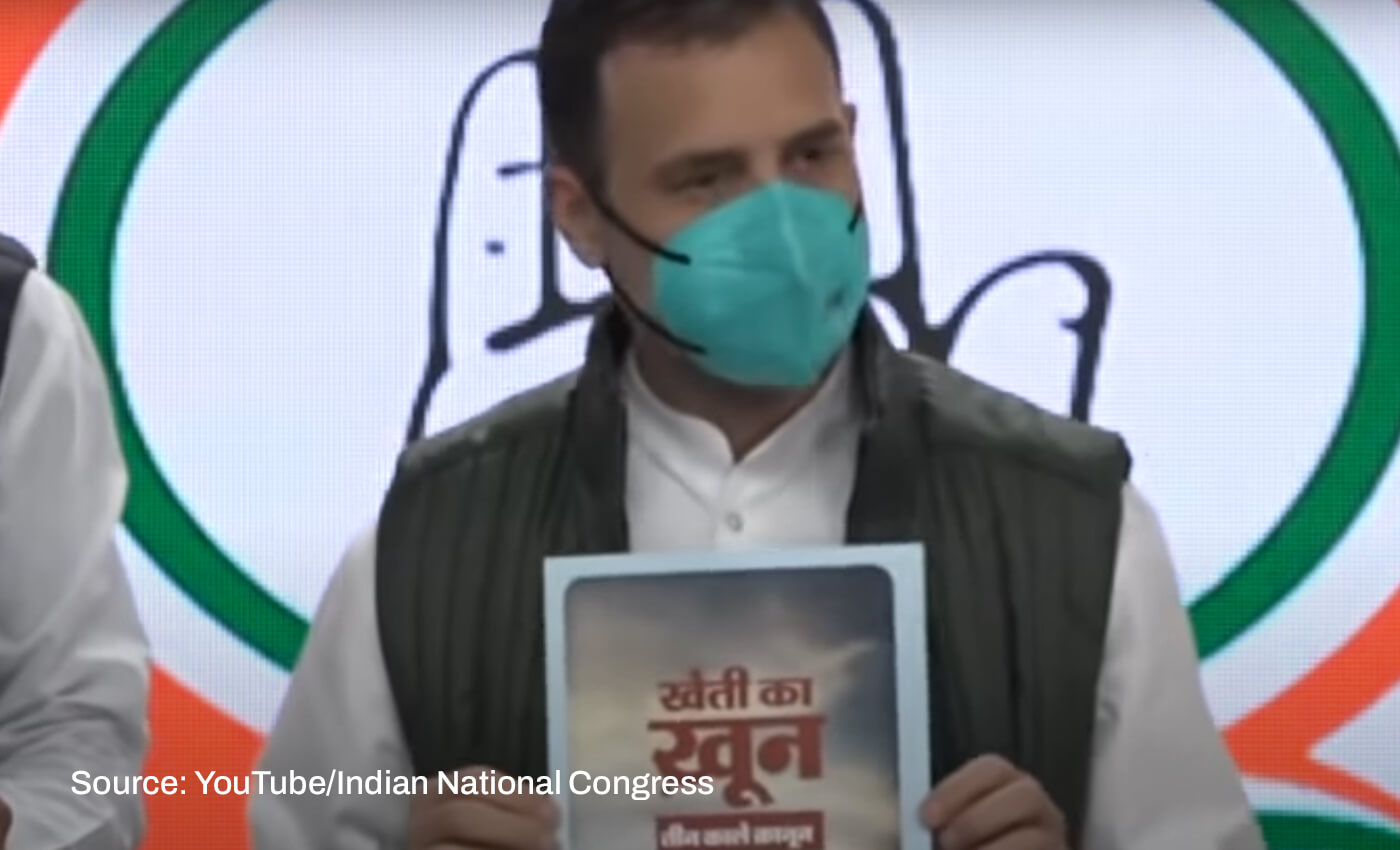 The video has been edited out of context to claim that Gandhi turned his back at the press briefing. In reality, he turned around to mock the BJP.

A video of Congress leader Rahul Gandhi at a press conference has been edited maliciously and is being shared with claims to mock him. The clip shows Gandhi holding up a booklet and showing it to the audience present on all sides. Party leaders Randeep Singh Surjewala and KC Venugopal can be seen standing beside him. In the viral video, Gandhi says, "See how fair we are. We are showing it from each side." The audio then changes to a popular film dialogue, and Gandhi can be seen turning around and showing his back to the audience. This clip is being shared with the claim that when photographers asked him to show the back of the booklet in his hand, Gandhi turned around and showed his backside to the press. The claim is viral on both Twitter and Facebook. We found that this video with a similar claim was also viral in January 2021 and is being shared once again despite being fact-checked then.

Surmising that the booklet was being released at a press conference by Congress, we ran a search with related keywords and came across a short report on the Indian National Congress (INC) party's website. The article carried a photo of the leaders releasing the same booklet, as seen in the viral pvideo, from a different angle. According to the article, dated January 20, 2021, the party released a booklet titled 'Kheti ka khoon, Teen Kalle Kanoon' to explain the issues relating to the Centre's now-withdrawn three controversial farm laws and to highlight the plight of the farmers under the Bharatiya Janata Party (BJP) government. The article said that the booklet release happened on January 19 and shared details of Gandhi's remarks at the press conference.

Picking up from this, we searched YouTube for the video of the said press conference and found it on the Indian National Congress's official channel. Watching the video, we found that at the 1:35 minute mark, the leaders got up from their seats to display the booklet to the audience. As Gandhi turns the booklet to each side, he says, "See how fair we are. We are showing it from each side," as is heard in the viral video. Then, he mocks the BJP by saying, "had it been them, they would have just turned and shown their backs," which he demonstrates by turning around himself. At this point, one can hear a few laughs emanating from the audience, and Surjewala can also be seen smiling. The leaders then sit down and proceed with the press conference.

Therefore, it is clear that the video has been edited without any context to poke fun at the Congress leader. The post is being shared as Gandhi launched the party's 'Bharat Jodo Yatra' on September 7. The 3,500 km-long yatra will cover 12 states and two Union Territories, from Tamil Nadu to Jammu & Kashmir, over 150 days, a report by The Quint stated. The yatra officially started on September 8, when Congress leaders, including Gandhi, began the journey on foot.

An edited video of Rahul Gandhi turning his back to the audience at a press conference referring to BJP’s politics is being shared to poke fun at the Congress leader. Gandhi had turned around to demonstrate how the BJP would have behaved in the same situation. However, that part has been snipped from the viral video. Therefore, we have marked this claim misleading.