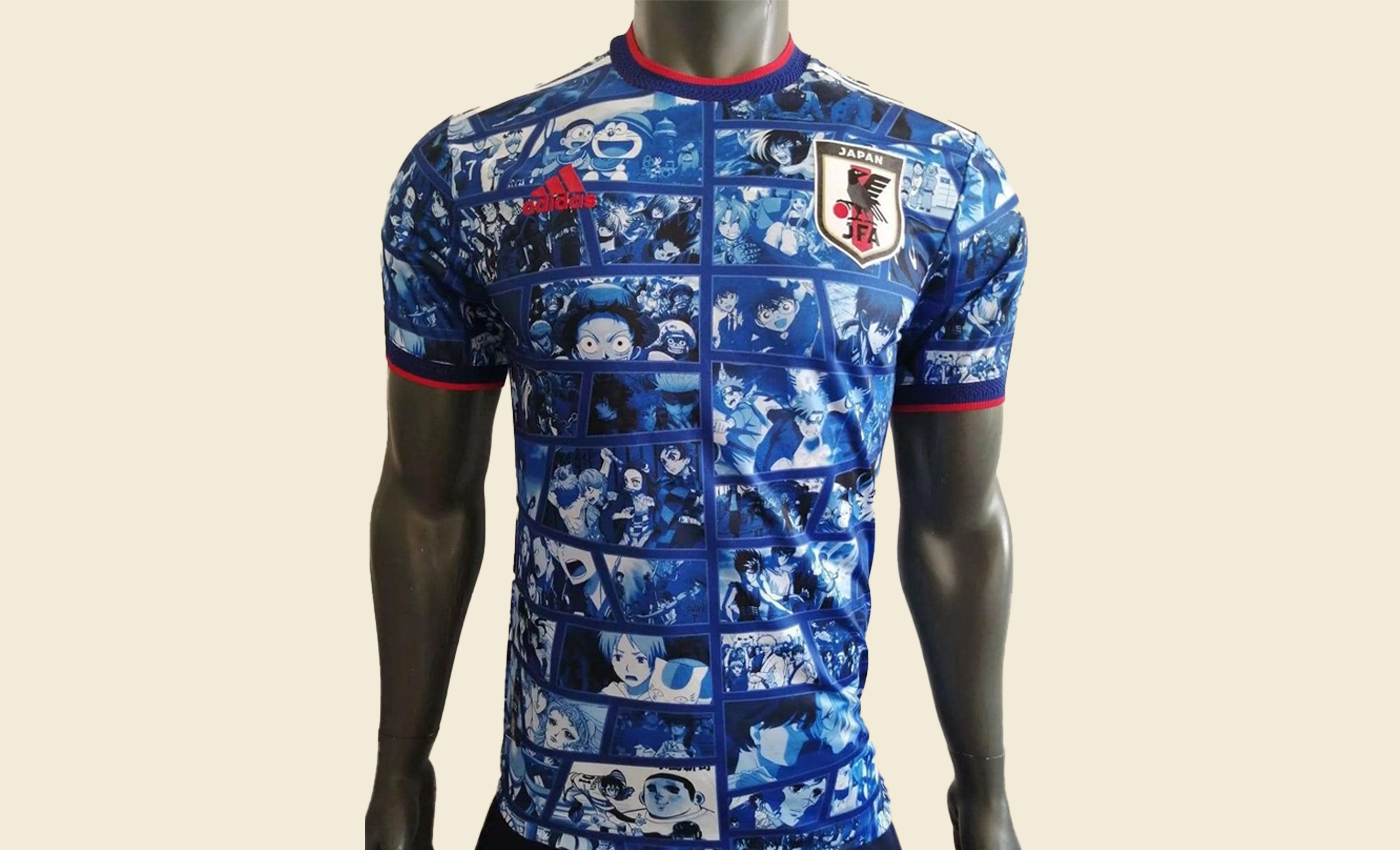 This Manga-inspired jersey is a concept by graphic designer Ziovisuals. The official jersey for the 2022 World Cup is yet to be revealed.

Social media users recently shared an image purporting to show the official jersey of the Japanese national football team at the 2022 Fédération Internationale de Football Association (FIFA) World Cup. The viral image of the jersey features images of Japan's most famous manga and anime characters along with the Adidas logo. However, the photo is old and unrelated to the FIFA World Cup 2022 held in Qatar.

It is a concept jersey designed by graphic designer Enzio Pellizzari, popularly known as Ziovisuals. He specializes in creating digital content related to sports. He is based in Bordeaux, France.

On April 12, 2022, Ziovisuals posted and pinned a message on his Twitter account, clarifying that "I created the concept jersey of Japan × Manga more than a year ago. Photos are circulating saying that this is the next jersey for the WC2022. This is obviously not true." Also, he added that the images published on his account constitute "only a simple portfolio " and that "in no way are these [concept jerseys] intended for reproduction and sale."

On April 25, 2021, Ziovisuals posted four images of the jersey concept featuring the anime-inspired design, explaining that it "aims to honor Japanese culture by highlighting the world of manga. There are 60 of the mangas most appreciated by the Japanese."

The image in question does not feature Ziovisual's concept design facsimile. The Adidas logo color is changed from white to red. Neither the Japanese flag nor the player number appears on the front side of the jersey. It is most likely an unoriginal recreation imitating the concept design.

According to the Japan Football Association (JFA), the official jersey worn by players during the qualifying matches is the same colors as the artist's jersey (blue with touches of red on the sides). However, the printed patterns represent clouds, not manga boards. The official jersey is available on the Adidas website, which does not feature any anime characters as seen in the viral post. JFA has not yet revealed the jersey its players are to wear at the FIFA World Cup 2022, which starts on November 21.

Lionel Messi wiped the floor with a Mexico jersey after winning a match in the ongoing FIFA World Cup 2022.