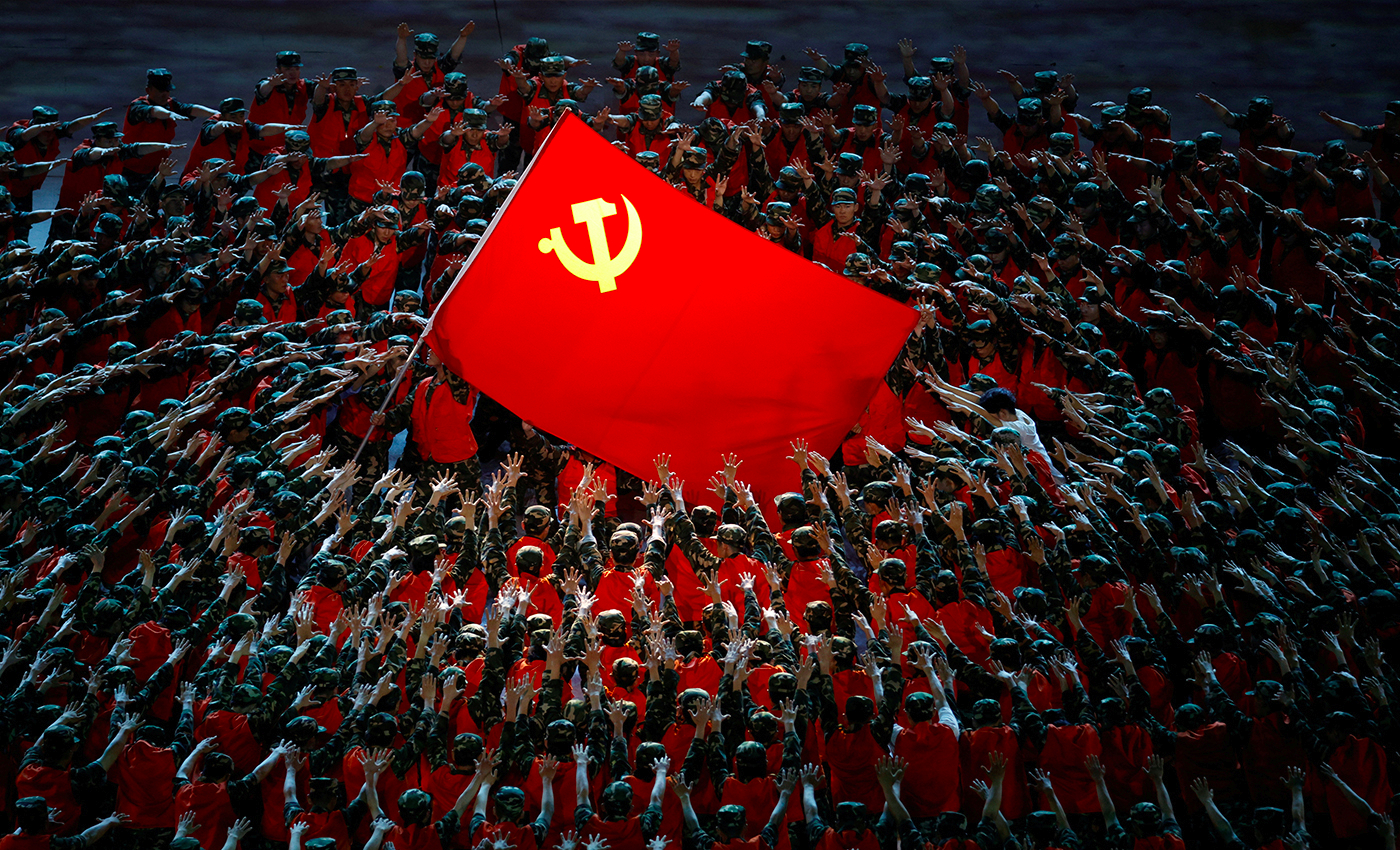 Protesters have taken to the streets in Chinese cities, demanding the president step down and end oppresisive COVID-19 lockdown measures.

A fire broke out at an apartment complex in the city of Urumqi in the Xinjiang province of China that resulted in the deaths of at least ten people on November 24, 2022. Several reports claim rescuing efforts were hindered by lockdown restrictions. Following this incident, hundreds of people gathered in the area and started demonstrating against COVID-19 regulations in the country. Several reports by media outlets worldwide and social media users alike started emerging that these protests have spread to several cities in China, and protesters raised that anti-government slogan.

Amid these developments, some pro-China social media handles started to spread narratives implying that the western media was trying to exaggerate the situation and trying to give a revolution-like spin to these protests. Some of them even questioned the authenticity of the ongoing protests. A post on Twitter from the account @t_hypocracy even said, “Not a single word about "down with Xi", that's a western pipe dream, pushed relentlessly by the NYT, Bloomberg, the Guardian ect ect..," citing a report from the South China Morning Post.

The fire that killed ten people in Xinjiang has triggered massive protests in at least eight cities across China against COVID-19 protocols that have been implemented in the country since early 2020. A CNN report noted that public anger began after a video emerged that appeared to show lockdown measures delaying firefighters from accessing the scene and reaching victims. This report also cited a video from Chinese social media handles where people can be seen marching towards a government building in Urumqi by chanting "end lockdowns".

Several videos of the protests from Shanghai and other cities in China have surfaced on social media. The Associated Press cited a video which they confirmed to have contained visuals of demonstrators chanting, “Xi Jinping! Step down! CCP! Step down!". Some other videos that emerged from China show police personnel forcibly removing protesters from the streets.

In another video, a BBC journalist can be seen physically tackled by law enforcement officials and being dragged away. BBC News Press Team released a statement saying that journalist Ed Lawrence reporting the Shanghai protests was arrested and handcuffed. He was released several hours later. The statement also noted that this assault on their journalist happened while he was working as an accredited journalist.

Reports from non-Chinese media outlets about the protests, especially the chants against Jinping and the Chinese Communist Party (CCP), have been questioned by pro-Chinese individuals on social media. It is worth noting that China has one of the most censored media environments and internet in the world. A report by the Council for Foreign Relations noted that governments have come down heavily on journalists and media outlets in the country, forcing the media to self-censor.

Massive protests have erupted in several Chinese cities against the three-year-long COVID-19 restrictions and the government's zero-COVID policy. Protests with such intensity against the Chinese regime have not been seen in decades. Confirmed reports have shown that demonstrators raised anti-Jinping and anti-Communist party slogans. Therefore, we have marked the claim as true.