A video shows an aerial view of Mount Kailash. 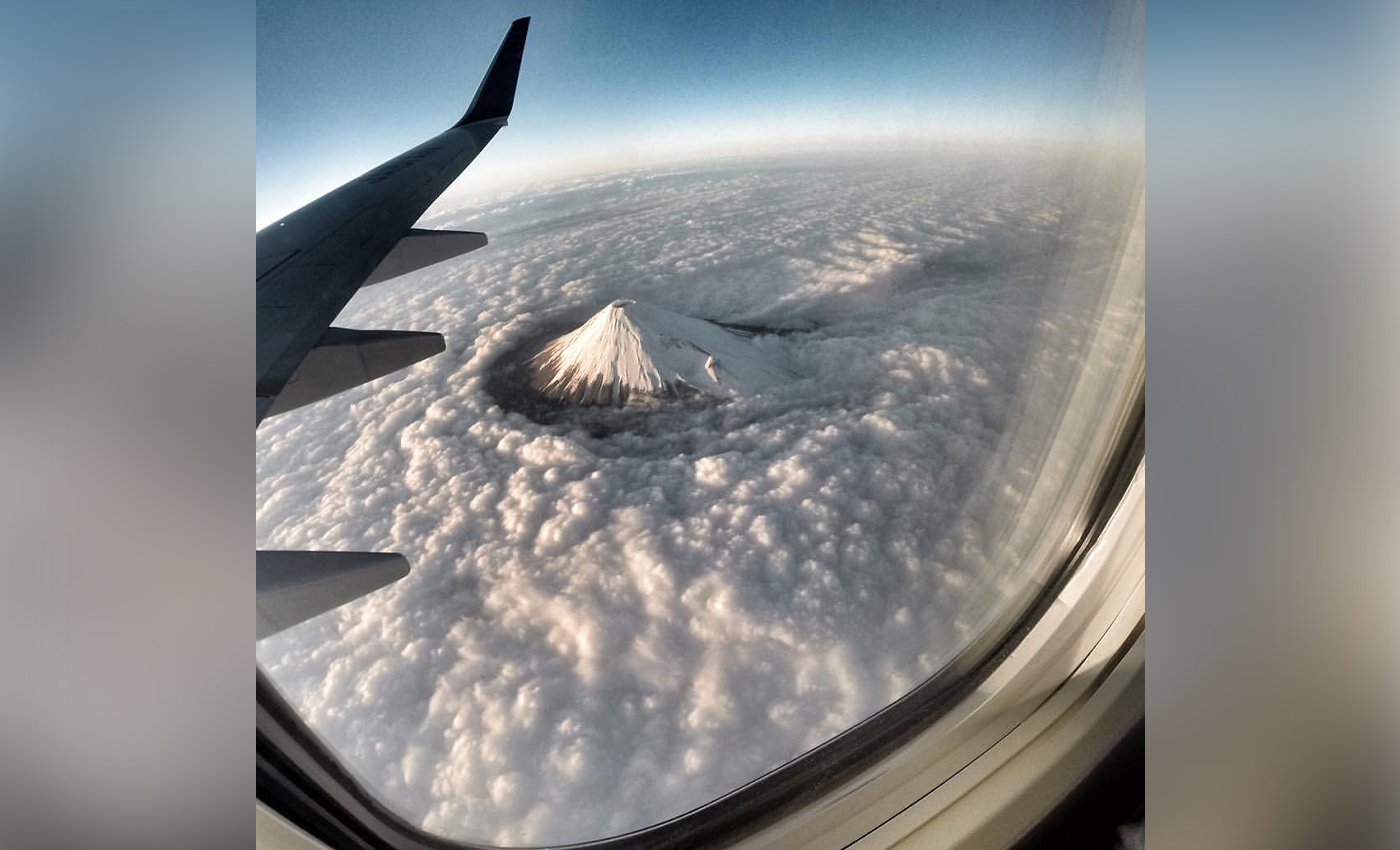 The mountain in question is Mount Fuji and not Mount Kailash.

Context: A video circulating on social media shows an aerial view of a mountain. Its caption claims it shows Mount Kailash in China. The video appears to be recorded or photographed from an airplane window. The plane wing and the mountain are visible from the window. They appear to be stationary while the clouds around the mountain top seem to be moving fast. A Facebook user has also shared it with the caption, "The birdseye view of #kailash." In fact: By conducting a reverse image search of a screenshot of the video, we traced it back to an image posted by Instagram user @vinoverdrive on March 11, 2016. The account belongs to Elvin Ardy Darwin, a Singaporean photographer, who has captioned the image as “Can now imagine the view frm mt fuji's summit from this perspective.” He also posted the same image on his Facebook account on March 22, 2016, with just the caption “— in Japan.” We also found a similar video clip on the website Airportag, published on June 17, 2019. The website describes it as an image captured from Japan's Mount Fuji. The clouds in the Mount Fuji image are made to move via software editing — which is clear from the dates this image has been circulating online. The video version of it has only been around since 2016. A video uploaded by the YouTube channel named Tibet Travelers on July 20, 2020, shows the aerial view of Mount Kailash or the Kangrinboqe Peak in the Tibet Autonomous Region of China. The terrain surrounding it is a snow-capped mountainous area, unlike the surroundings of Mount Fuji. Mount Fuji is an active conical-shaped volcano with a crater in the middle, as seen in the video or image in question. According to a close-up picture of Mount Kailash published on the site Nepal Highland Treks, it has a broader and less pointed structure at the top. Mount Kailash stands at 6,638 meters high, and Mount Fuji stands at 3,776 meters. Verdict: The widely shared video is of Mount Fuji in Japan, not from mount Kailash in China. Hence we mark this claim as false.