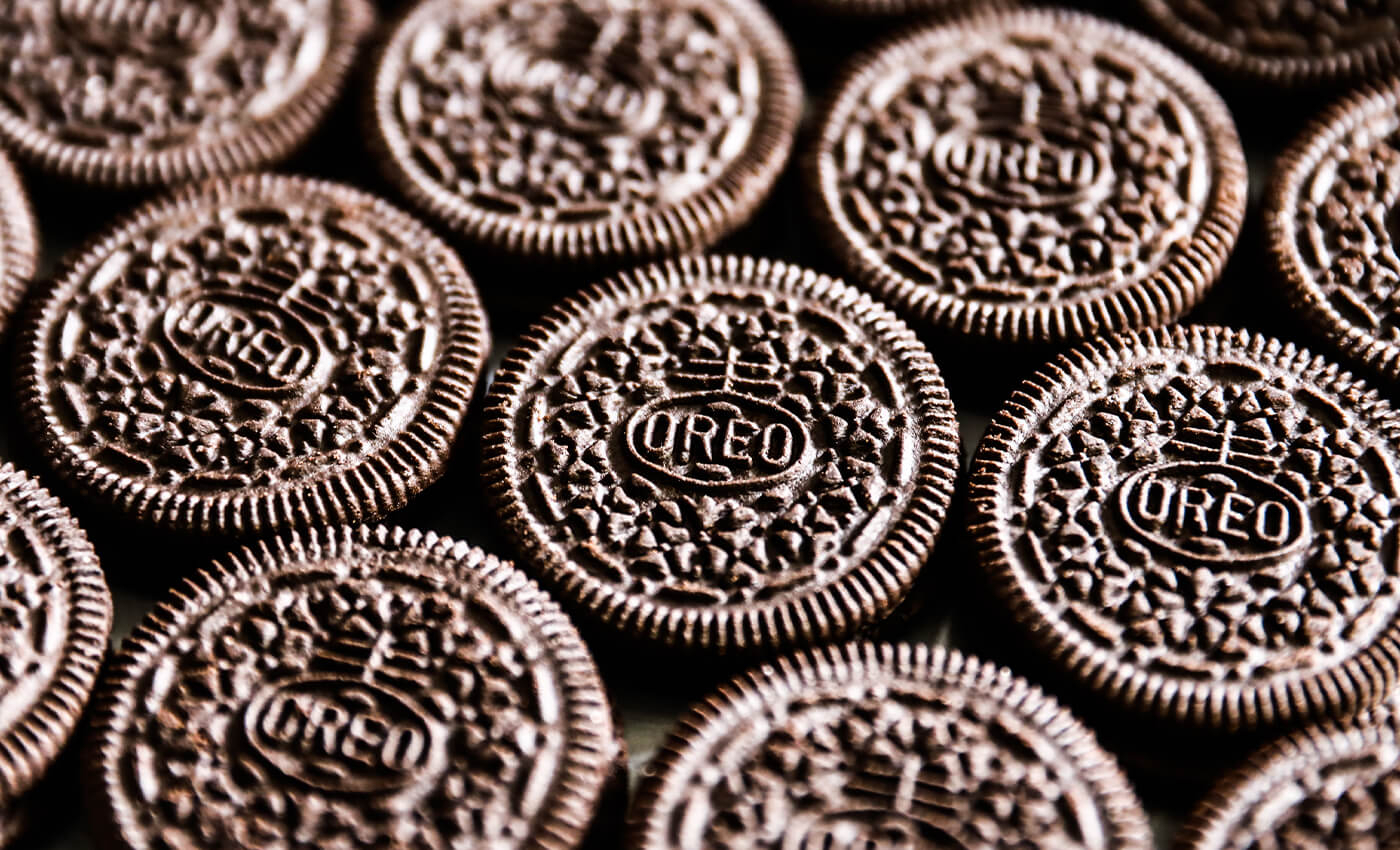 The pattern on Oreo cookies is an updated version of the Nabisco company logo. There's no evidence that it carries a secret message.

A recent Facebook post shares two images; the first is of an Oreo cookie, highlighting the double cross symbol on top of the word "OREO." The second image details a cross on the imprint- which the user compares to the Satanic cross, a Freemason's cross, and the Zodiac wheel. The post explains that the popular cookie is an example of how "the elite infiltrates you through symbols." Similar conspiratorial claims surrounding the origins of the popular snack have been circulating since 2014 across various platforms.

Consumers have associated the iconic cookie pattern with a number of sinister meanings throughout the years. A Business Insider article notes that the design has been associated with the Cross of Lorraine, the emblem used by Christian Pilgrims in the First Crusade. The article also notes that "while some people do recognize this ancient emblem, most consumers see it as a four-leaf clover, with each leaf emphasizing hope, faith, love, and luck." Any such associations or similarities do not prove that the item is based on anything specifically, despite people's associations.

It's important to note that the Oreo cookie's design has evolved over several decades, and was likely originally based on the long discontinued Hydrox cookie pattern in 1912 which had a simpler, botanical design. In 1924, the design was revamped to include two turtle doves. The 1952 version has the closest resemblance to the imprint we see today. It is the same design shared by Oreo's parent company, Nabisco, which is recognized as a European symbol of peace.

It is widely believed that late designer William Turnier, a design engineer for Nabisco, is behind the design. U.S. magazine Mental Floss reached out to Bill Turnier, the designer's son, for insights. Turnier said that his father had no interest in religious or spiritual symbolism and that his choices were aesthetic. Turnier told Mental Floss that his father was inspired by fireweed, the four-petal flower, from his backyard, and early Medival manuscripts. He added that his father probably used a compass to ensure the ridges at the end were evenly spaced. The article adds that "the small triangles near the word "Oreo" were probably added to avoid having any empty space on the cookie's face." However, Nabisco has never offered an official explanation for the design and has noted that it does not have a record of Turnier as the designer.

While the origins of the cookie's design remain mysterious, the post's far-fetched, conspiratorial reasoning behind the design is baseless. The post suggests the presence of a secret, powerful cabal, who are secretly planning to arrest and enslave the population. This is part of the New World Order conspiracy theory, which has historic, antisemitic roots and can lead to real-life threats to Jewish communities, whether intentional or not.

There's no clear explanation for the symbols embossed on Oreo cookies, but there's also no evidence to suggest that this goes beyond anything other than aesthetics and marketing, as the logo has been updated numerous times. The symbols associated with conspiracy theories can be seen in numerous ordinary objects by those seeking validation for their beliefs, but this does not act as proof of their existence. As such, we've marked the claim as false.