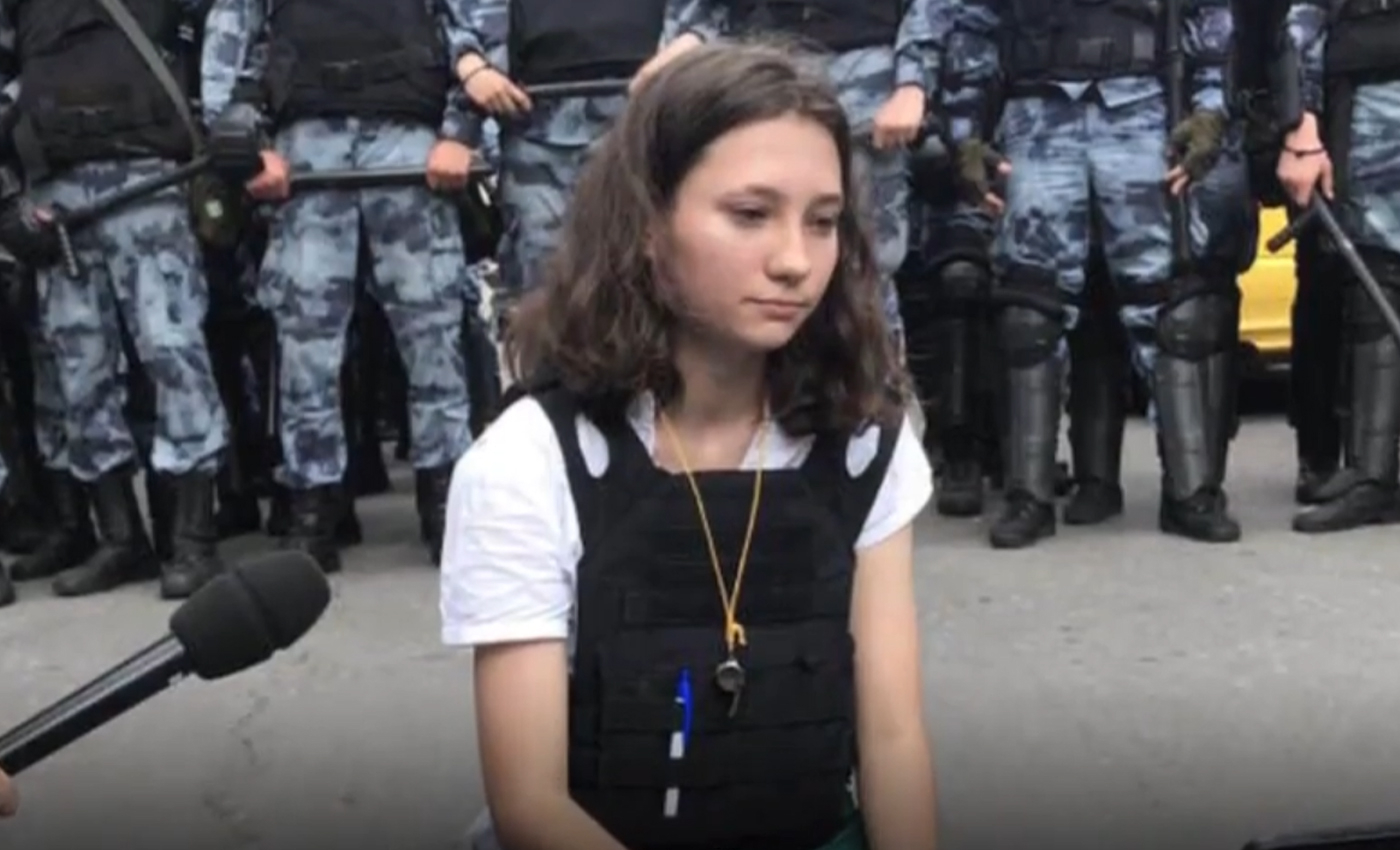 An image of a Russian teenager from a 2019 pro-democracy protest has been misattributed to protests against the ongoing invasion of Ukraine.

An image currently circulating on social media shows a teenager reading from the Constitution of Russia in front of riot police. The accompanying caption says the Russian troops depicted are forming a mob to arrest the teenager: "Russian troops form a mob to arrest teenager Olga Misik while she reads Article 31 of the Russian constitution that guarantees the right to a peaceful protest. #RussianUkrainianWar #Russia #UkraineInvasion #StandWithUkraine."

While the image does show the teenage activist Olga Misik, it does not relate to Russia's invasion of Ukraine. The viral image of Misik was published by BBC News in its report published in 2019.

The teenager in the picture, Olga Misik, became a symbol of Russia's pro-democracy movement in 2019 after the image of her reading from the pages of the Constitution of Russia to a line of armored police went viral. Misik was part of a demonstration that called for transparent Moscow elections and the right to protest peacefully. The authorities had disqualified independents from contesting in the elections to the city assembly (Duma), claiming that the candidates used forged signatures to register.

During the protest in 2019, several people were injured, and Misik was detained for 12 hours. The activist has been under house arrest since May 2020.