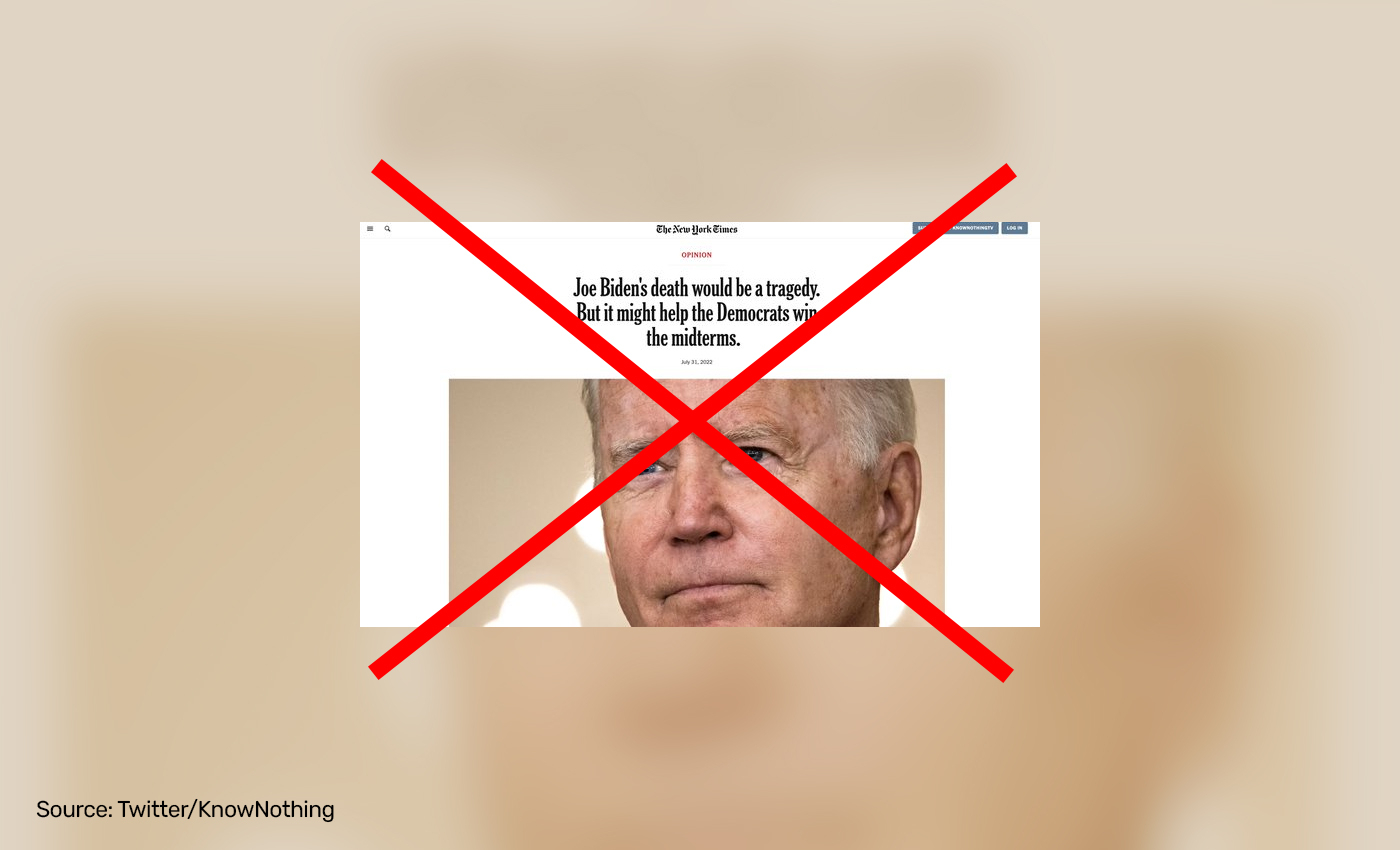 President Biden is very much alive, the altered image's claim was false. The New York Times confirmed that it did not publish such an article.

An article published by NBC News reported that U.S. President Joe Biden had tested positive for COVID-19 on July 21, 2022, and was experiencing mild symptoms. However, misinformation about Biden’s health has been doing the rounds on social media ever since. Recently, a Twitter post shared what appears to be a screenshot of an opinion piece by The New York Times about Biden's diagnosis with a headline that read, "Joe Biden's death would be a tragedy. But it might help Democrats win midterms."

The image shared on social media is doctored. We did not find any opinion article or report with a headline on the website of The New York Times on President Biden’s imminent death. Also, there are no credible reports from any other publication to corroborate the authenticity of the claim made in the alleged article. The image in question also uses a future date as the publication date— July 31, 2022. The end of July 2022 has not come to pass at the time of writing.

The communications wing of The New York Times also put out a statement on Twitter on July 22 debunking the claim. The tweet included the digitally-altered image and read, "This screenshot which is circulating on social media is a fake image. The New York Times did not write or publish this story."

On July 24, the White House released a statement on Biden's COVID-19 status. In the memo, Dr. Kevin O'Connor, physician to the president, said Biden's condition since contracting COVID-19 had improved considerably, and the only symptom he showed at the time was "residual nasal congestion and minimal hoarseness." He added that Biden's "pulse, blood pressure, respiratory rate, and temperature remain absolutely normal."

The New York Times denied publishing such an article. There is no actual article available online with such a headline. Hence we have marked this claim false.