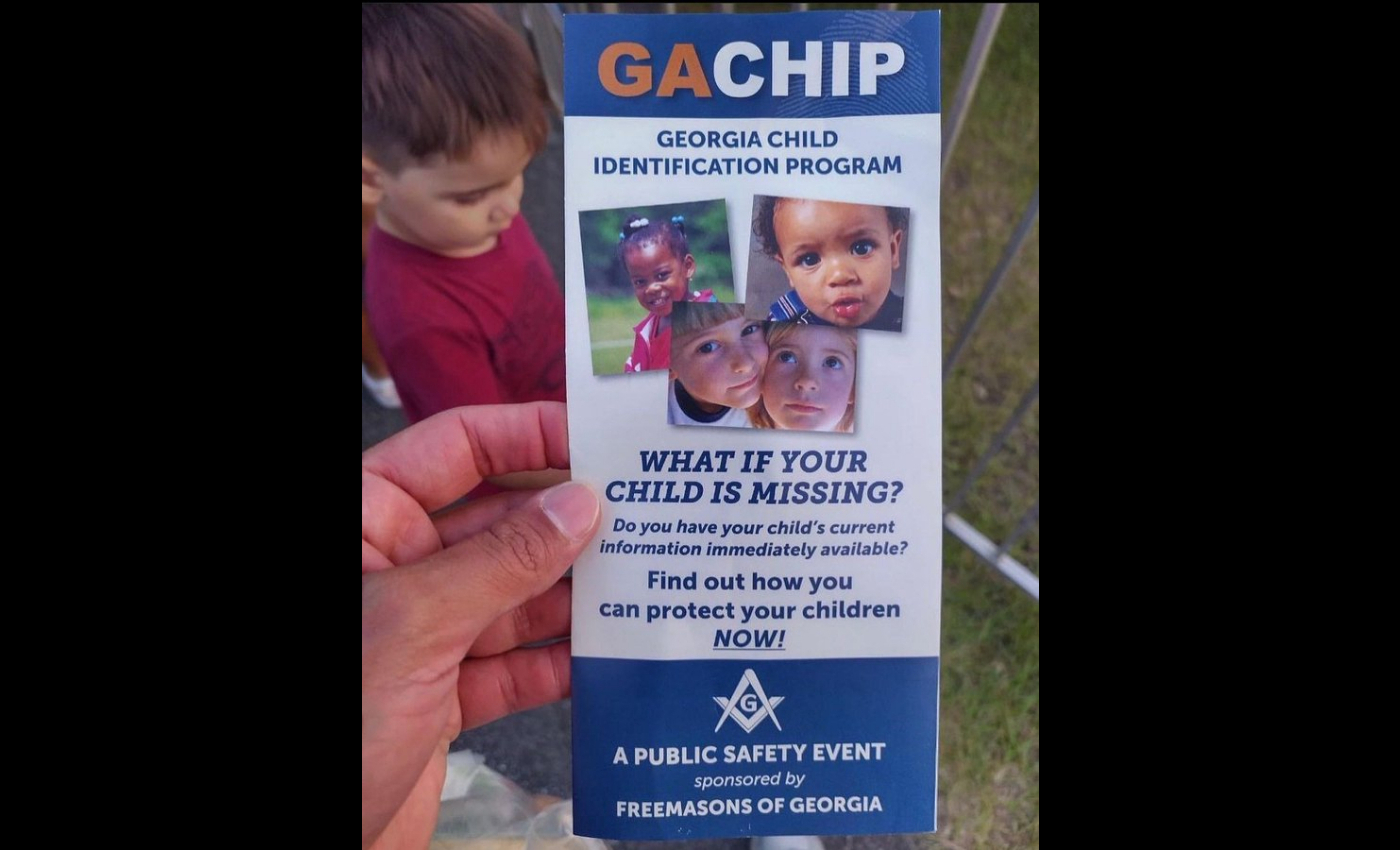 This claim stems from a misunderstanding related to the name of a program intended to find and identify lost children.

A photograph of a brochure produced by the Freemasons of Georgia has caused some to believe the organization is attempting to convince parents to have their children microchipped. The brochure advertises a program named ‘GACHIP’ and asks parents if they would have information on their children to hand should their children go missing.

The first user to upload a picture of the leaflet at issue captioned it, “the freemasons think they're slick now.. look at them trying to chip our kids now”. Since this was posted on September 24, it has been retweeted over 500 times and shared across numerous other social media platforms.

The brochure photographed is a genuine piece of promotional material for a program overseen by freemasons. ‘GACHIP’, an abbreviation of ‘Georgia Child Identification Program’, is one of many related initiatives operated by freemasons across North America. These programs trace back to a 2004 Conference of Grand Masters of Masons. During this event, those present agreed to create the Masonic CHIP Support Committee and mandate it to support the establishment of regional child identification initiatives through participating lodges.

Masonic CHIP programs collect identifying information on a child with the consent of parents or guardians. This information can include fingerprints, dental records, and photographs. Once collected, it is returned to the parent/guardian of the child for use if they go missing. Participating masonic lodges claim they retain none of this information, which is collected purely to help find and identify lost children.

Freemasonry has been central to numerous conspiracy theories, with masons frequently being painted as involved in sinister or occult activities. While there is no evidence that masonic organizations are inherently dangerous in this manner, these associations make some particularly sensitive to news regarding them. In this case, it appears that the name ‘GACHIP’ prompted individuals to associate this program with existing conspiracy theories regarding microchipping, which have gained widespread attention since the COVID-19 pandemic. In reality, neither GACHIP nor any identical initiatives in North America advocate the microchipping of children.

While the photographed promotional material that sparked this claim appears genuine, it does not advocate microchipping children. This conclusion was reached due to a misunderstanding related to the program’s name in the context of widespread suspicion of freemasonry and fears related to microchipping.

Children do not get strokes.