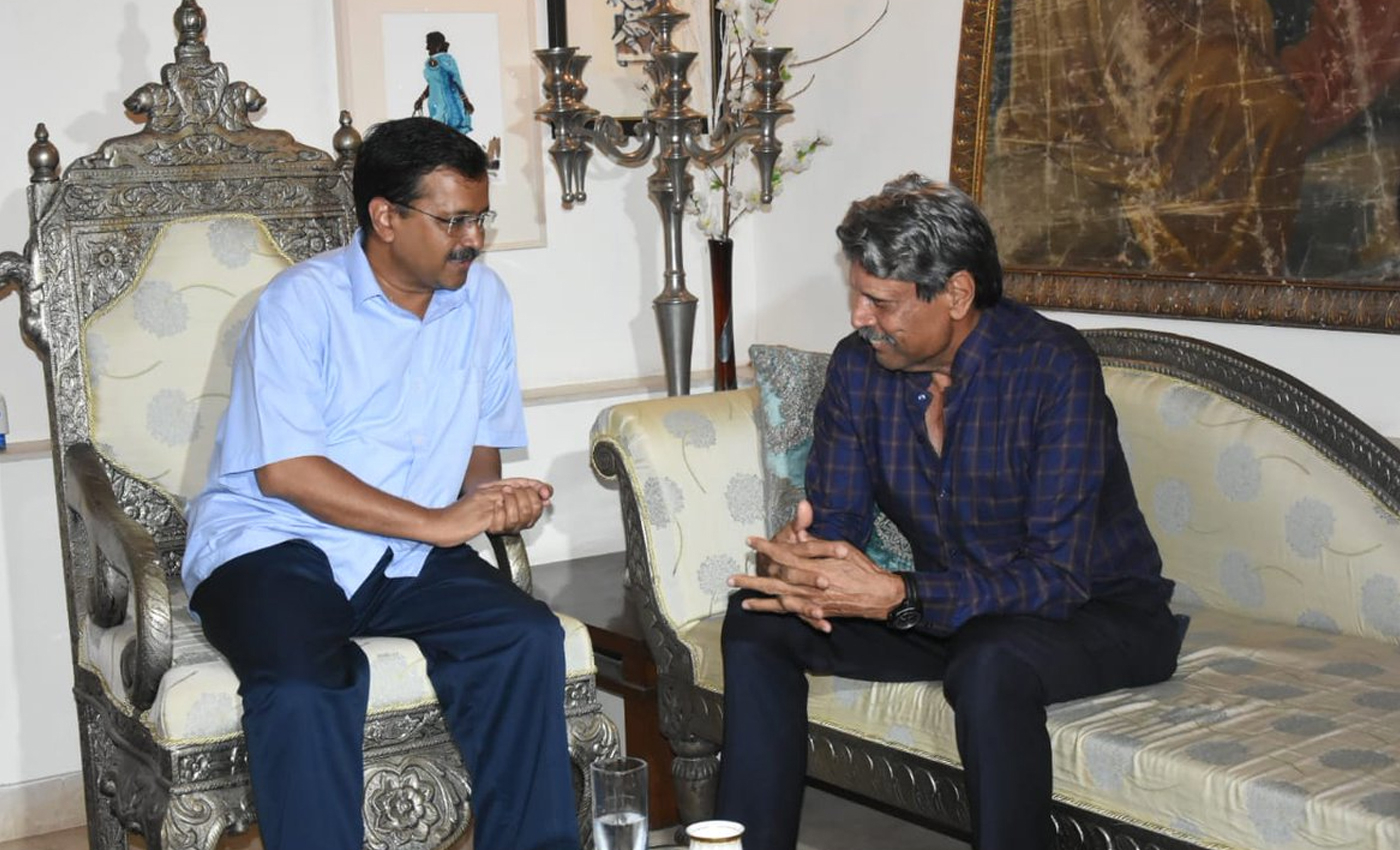 An image of former Indian cricket team captain Kapil Dev sitting next to Delhi Chief Minister Arvind Kejriwal makes rounds on social media. The picture shows the two having a conversation. The post's caption claims that the cricketer has decided to join Kejriwal-led Aam Aadmi Party (AAP). "Hurricane of Haryana former Indian Cricket team captain Kapil Dev likely to Join AAP on May 29 in Haryana". However, the claim is baseless. On May 22, 2022, Hindustan Times published an article debunking the viral post and calling it fake news. The report adds that through an Instagram story, Kapil Dev has denied the rumors regarding his entry into politics. A screenshot of the Instagram story was attached along with the article. The article quoted the cricketer saying, "I've just received news about me supposedly joining a political party. This is completely untrue. I am not associated with any political party." He added, "I'm very disappointed that people spread false news" and said he would publicly announce it if he decided to enter politics. AAP's official Twitter handle first uploaded the image on September 8, 2019. It was taken during Kejriwal's visit to Kapil Dev's house as a part of the #10Hafte10Baje10Minute campaign to spread awareness of dengue fever. The campaign was a part of the government's initiative to curb the spread of dengue fever. We are marking this claim as false because the claims are baseless, and the cricketer has denied any political affiliation.