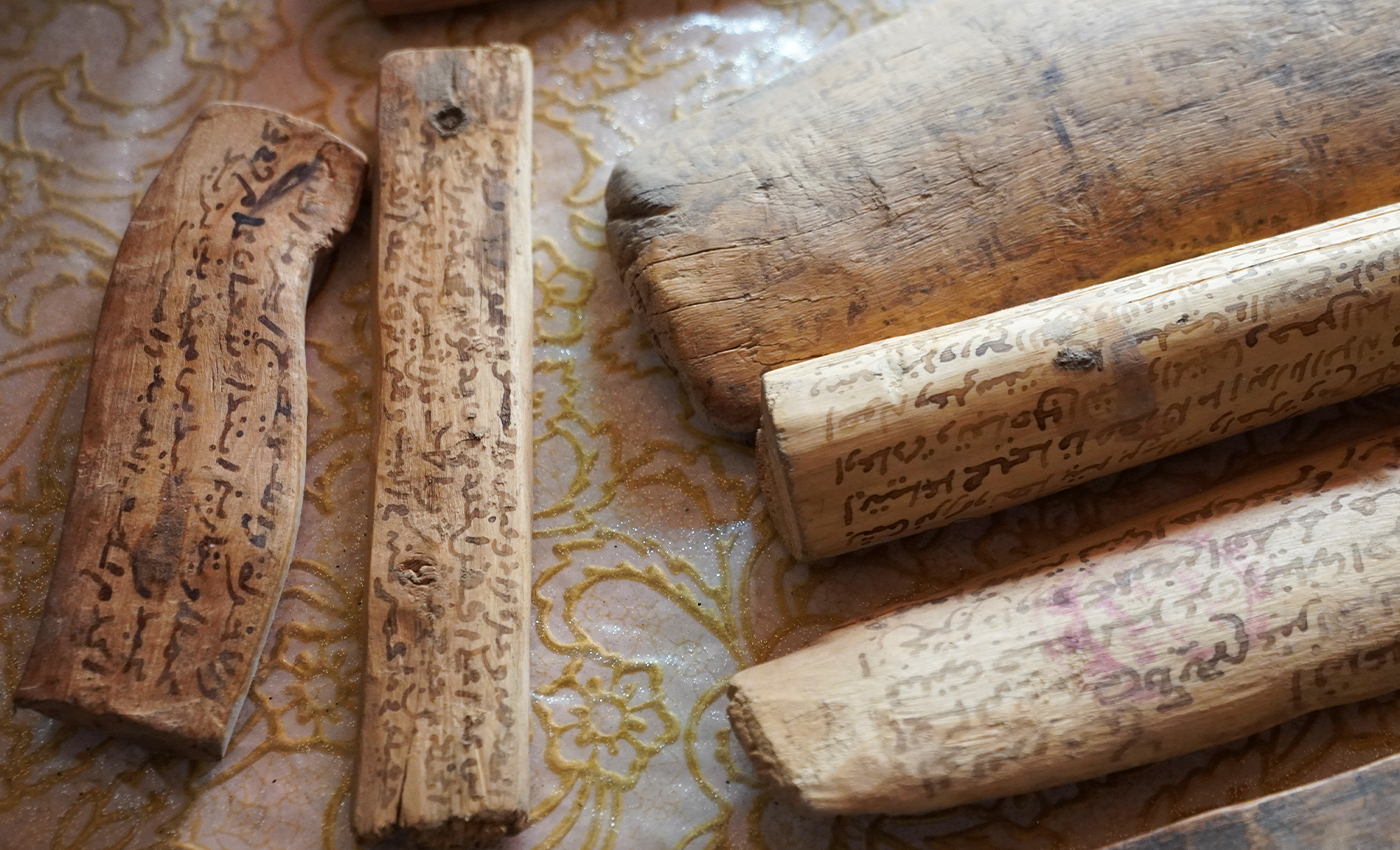 A Facebook post from September 2020 claims the following: "Library found in Tibet with 84.000 rolls and untouchable books, it has been holding the history of humanity for over 10.000 years." Various fact checking organizations debunked this claim at the time. That said, another very similar claim has recently been doing the rounds on social media. This claim says, "Library found in Tibet containing 84,000 secret manuscripts (books), including the history of mankind for over 1000 years."

Both versions show a photo of a man staring up at rows of shelves, extending to the roof and lined with what appear to be manuscripts. According to a fact check by Africa Check, the photo is of Sakya Monastery in Tibet and was shared on the Pinterest account Tibet Tenzin. It added that similar photos of the library have been published on the Tibet Travel website, the website of photographer Chris Roche and the Alamy stock photo site.

The official website of the U.S. government's Congressional-Executive Commission on China states, "Sakya Monastery, located nearly 300 miles west of Lhasa, was founded in the 11th century and is the seat of the Sakya sect of Tibetan Buddhism. The texts are the largest surviving collection in the Tibetan areas of China, and one of the finest anywhere in Asia, according to experts. Most Tibetan Buddhist scripture and art was destroyed during the Cultural Revolution. It is said that Sakya Monastery and its library were spared at the behest of Premier Zhou Enlai."

The Monastery, located nearly 300 miles west of Lhasa, was founded in the 11th century and is considered an important seat of Tibetan culture. The older Facebook post mentions that the library includes more than 84,000 scrolls that were discovered “behind a huge” wall. Another fact check by the Australian Associated Press revealed that a 2010 Alamy photo caption and a republished 2003 report by Chinese state media agency Xinhua contained similar details but made no mention of the manuscripts being secret. AAP's fact check citing several experts of history also debunked that the manuscripts could contain information about 10,000 years of human history on the grounds that "the period of recorded history is much shorter and is tied to the development of text 5,000 years ago."

Boyo Ockinga, an associate professor of ancient history at Macquarie University in Sydney told AAP, "The consensus of scholarly opinion is that writing was invented in Mesopotamia by the Sumerians in the late 4th to early 3rd millennium BC; there is some uncertainty about how much later the Egyptian hieroglyphic script was invented, but it will have been around the same time or a little later. These are the earliest scripts known, so the claim that these Tibetan texts are 10,000 years old is completely untenable.”

Building further on the argument that it was impossible for the manuscripts to date back 10,000 years, Joshua J. Mark, an editor and researcher for the Ancient History Encyclopedia website told AAP, "Certainly, the 84,000 texts could have been composed elsewhere and brought to the monastery for safekeeping after that date ... but if they went back 10,000 years, by this time, we would have found some other evidence of writing going back that far."