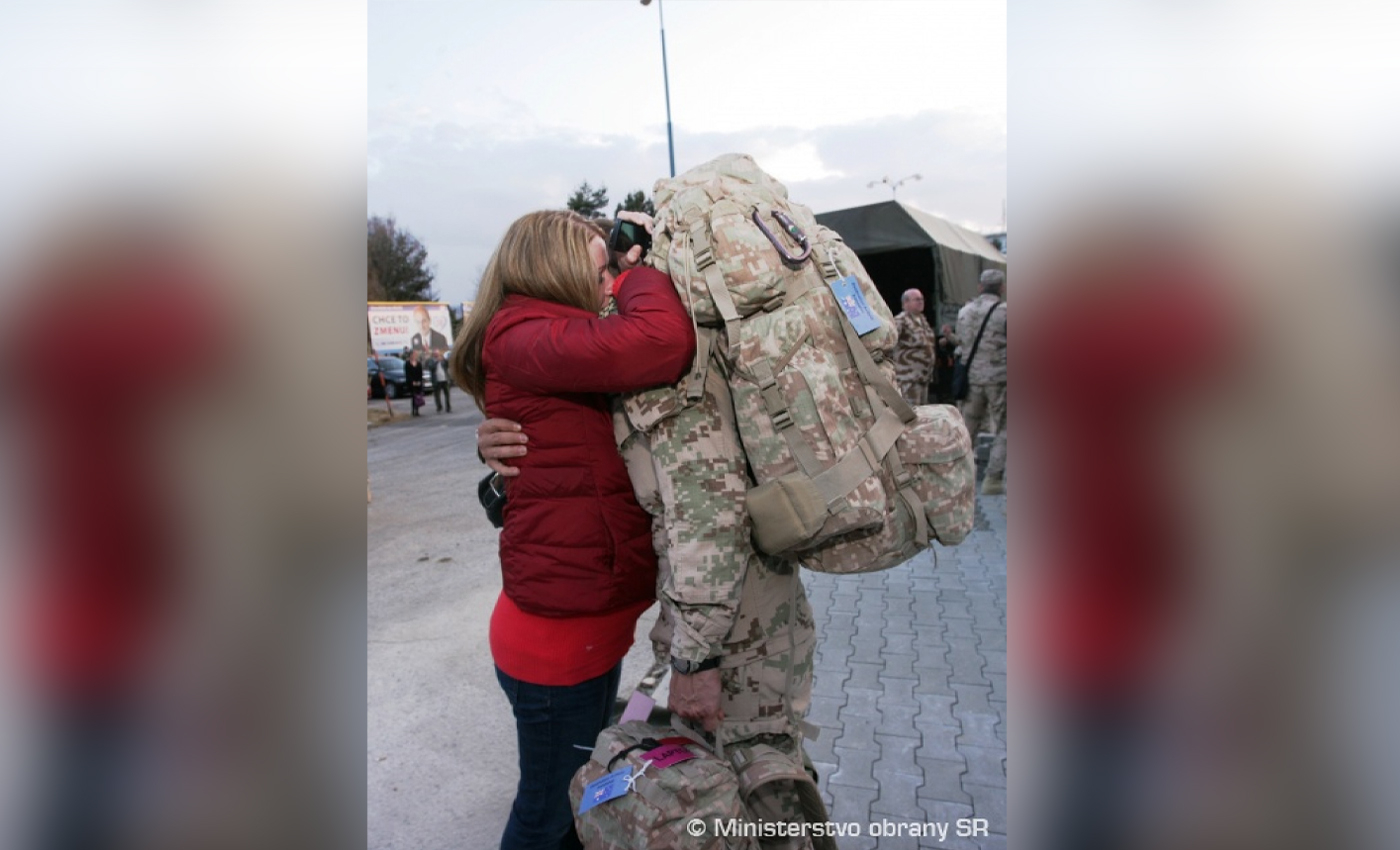 A 2012 photo of a Slovakian soldier returning from military service has been shared with a false narrative following Russia's invasion of Ukraine.

Since Russia invaded Ukraine, many miscaptioned images and videos have gone viral on social media.

One such Facebook post, with more than 500 shares, included a picture with a caption that read: "Ukrainian soldiers, say goodbye to unborn children." However, the image is from 2012 and has resurfaced following Russia's invasion of Ukraine. The picture was taken at Poprad Airport in Slovakia. The soldier in the picture is Slovakian, not Ukrainian. The actual photograph was published on the official website of the Slovakian Ministry of Defence in 2012.

According to the Slovakian Ministry of Defense, the soldiers had returned from Afghanistan after completing the International Security Assistance Force (ISAF) operation tasks. The ISAF was a multi-country military mission to Afghanistan staged from 2001 to 2014. According to NATO, the Slovakian military had entered the ISAF mission as part of their membership in NATO during that period.

The photo gallery from the Ministry of Defense website also featured different images of the same soldier and the woman with a red jacket. Thus, it is evident that the photograph of a soldier kissing his pregnant wife is from 2012 and has no connection to the ongoing Russian invasion of Ukraine.

Ministry of Defence of Slovakia

Government of the Slovak