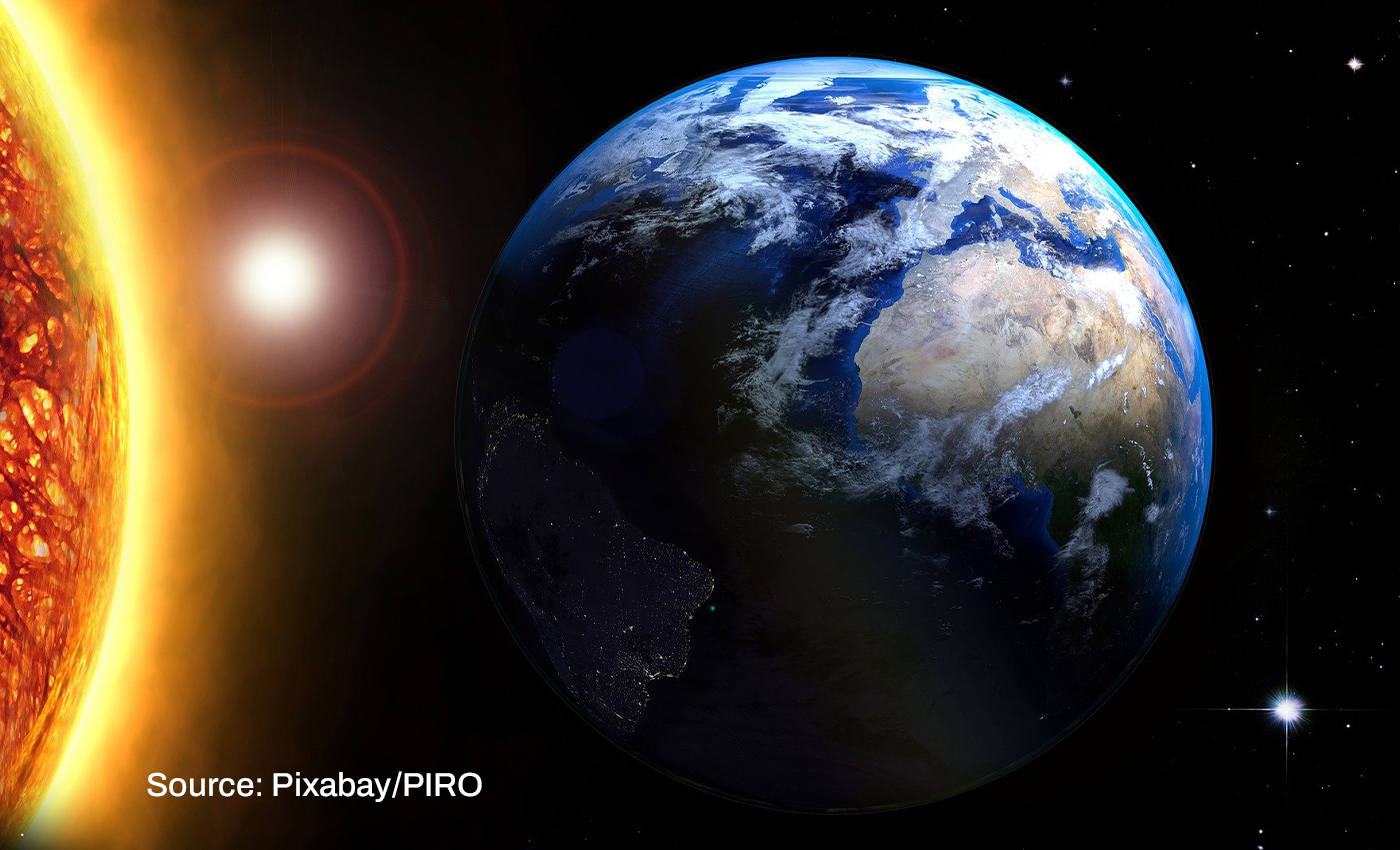 There is overwhelming scientific evidence that global warming is primarily caused by human CO2 emissions and not by solar or lunar activity.

A clip of conspiracy theorist Piers Corbyn on RT, the Russian state propaganda network, has been circulating online on Facebook, YouTube, and Twitter. In the clip, Piers claims that climate change is not caused by CO2 but rather by circulation patterns caused by solar activity and phases of the moon. He goes on to further state that climate change is nothing to do with humanity and that humans have had no impact on the increase in global temperature. To reinforce his point, Piers claims that 132 years ago, a similar situation happened with floods in Pakistan and heatwaves in Russia.

Substantial evidence and scientific research show that human activity is changing the climate by burning fossil fuels and emitting CO2 and other greenhouse gasses into the atmosphere. While climate change has occurred historically, evidence shows that the rate of climate change in the modern age has drastically increased due to human activity. For example, reports by NASA state that CO2 is a heat-trapping gas released through burning fossil fuels and natural processes like volcanic activity. With an increase in CO2 in the atmosphere, the global temperature also increases and warms the planet due to the trapped heat. The amount of CO2 in the atmosphere has increased and shows a constant relationship with use of fossil fuels, with atmospheric CO2 increasing by 50 percent since the industrial period began. Human activity is directly responsible for this increase, and due to the increase in CO2, as the World Meteorological Organization states in a 2019 report, the global temperature has increased by about 1.1 degrees. While this seems a small number, even small increases can have profoundly disruptive effects upon the climate as a whole.

Changes in solar activity are not primarily responsible for climate change. A 2018 fact check from Science Feedback states that while solar activity has some effect on the climate, the impact is small compared to the impact greenhouse gases have on global warming. The argument that the sun causes global warming was ruled out due to the current warming patterns in the stratosphere. The evidence shows that the surface of the Earth is warming and the stratosphere is cooling, which is an effect of CO2. If it were due to solar activity, the higher parts of the atmosphere – the stratosphere – would also be warming as it is closer to the sun.

There is no significant evidence that lunar activity and the moon's phases significantly affect global temperature; however, there are reports that it has subtle influences on weather and increases the chance of flooding. A 2021 BBC Future article outlines the various subtle effects the moon has on weather, using scientific research to support its information. The article states that arctic temperatures minorly increase during a full moon and that lunar activity can increase rainfall by about 1%. However, it is important to note that weather changes are not the same as climate change and that the impact on weather is subtle. The BBC article and a 2021 article by Reuters discuss how lunar activity affects the tides and that amplification in lunar activity combined with the effects of rising sea levels due to human lead global warming will increase coastal flooding by 2030. This, however, does not indicate that the current scale of global warming is caused by lunar activity or that it plays a major role. Instead, lunar activity combined with the effects of global warming created by human activity will lead to a greater scale of flooding.

Piers Corbyn is a known conspiracy theorist who pushes climate and anti-vax conspiracy misinformation. In a Double Check from Logically on OpenVAERS, available here, Piers Corbyn is listed among those spreading misleading information about Covid vaccines.

There is overwhelming evidence that humans are the lead cause of global warming and that CO2 is a major greenhouse gas that is increasing global temperature. Solar activity has a minor impact on global warming and does not correlate to the current global warming patterns caused by CO2 in the atmosphere. Lunar activity does have some effects on weather and flooding; however, it is not stated as having a major impact on global temperatures, and its role in increased flooding is due to its combination with rising sea levels. Due to there being substantial evidence that climate change is caused by humans, we have marked this claim as false.