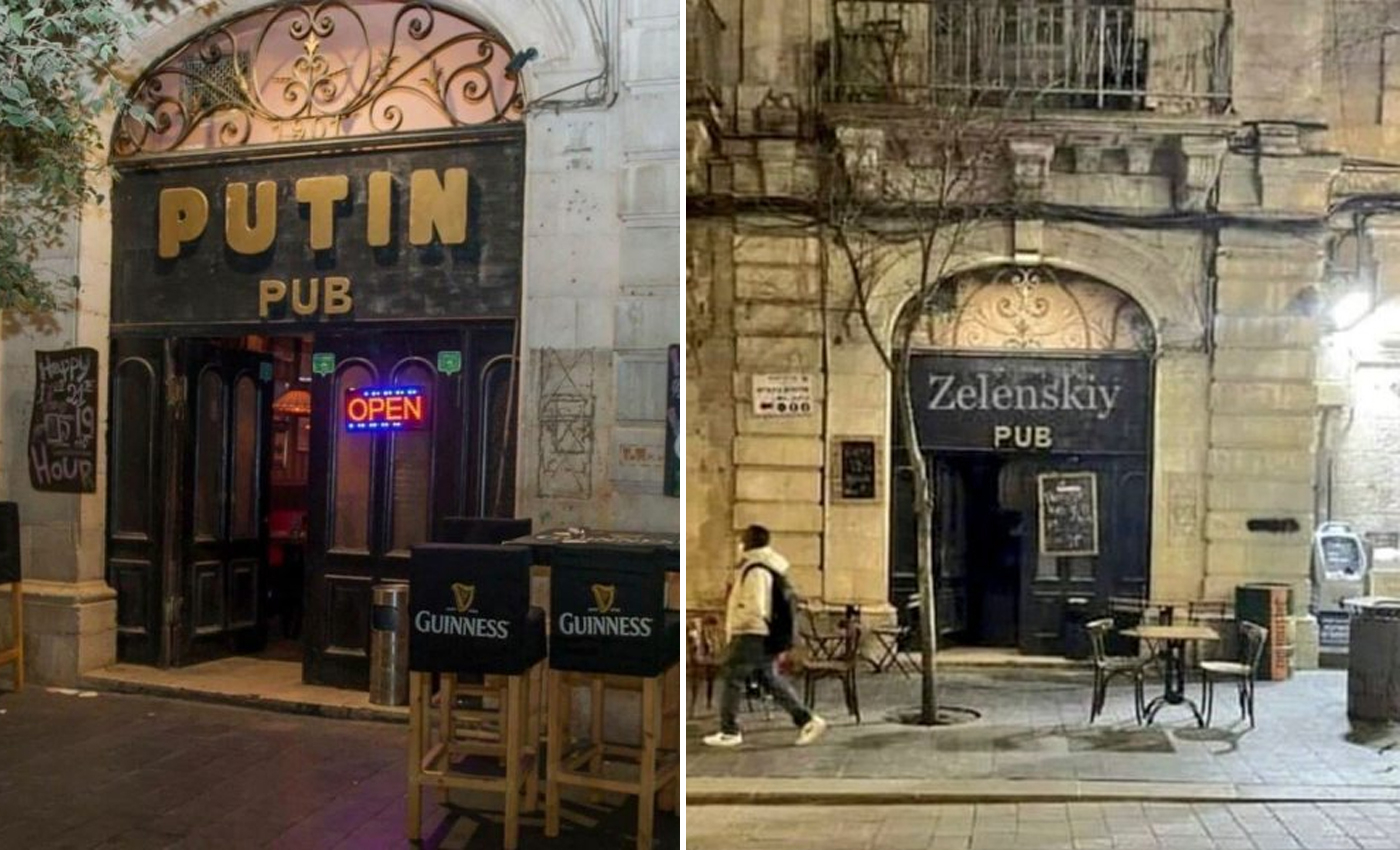 The Putin Pub in Jerusalem has been renamed Generation Pub. An image falsely claims that the pub was renamed after Zelenskyy.

Social media users have been sharing a photo of an entrance to a pub with the signboard "Zelenskiy Pub'' in early March 2022. The image has been circulating on Facebook with the caption, "The pub 'Putin' in Jerusalem has changed its name." The photo apparently shows the pub has been renamed after Zelenskyy. However, the image has been manipulated.

According to an article published by The Times of Israel, the pub in question is located along Jerusalem's Jaffa Street, which is popular among Jerusalem's Russian-speaking community and tourists. The operators of the Putin Pub did indeed remove the name "Putin" after the Russian invasion of Ukraine. The bar's co-owner Leonid Teterin told Channel 12 News: "We've decided to remove the sign and change the pub's name. He added that "the bar's name was never meant to express support for the Russian leader" and that they "condemn the war and support Ukraine and its people."

The Times of Israel article also included a picture from February 26, which shows no new replacement name added to the pub's signboard. When NPR reported on the pub's name change, the owners were still looking for a new name.

On March 7, the owners denied renaming their pub after Zelenskyy on the pub's official Facebook page: "Dear friends, we ask you all to ignore the hoax that the bar is now to be named after Zelenskyy." The post also emphasized that the bar operators want to stay out of politics. On March 10, they announced the new name Generation Pub. The bar updated its profile picture, contact, and address details accordingly.

The Times of Israel