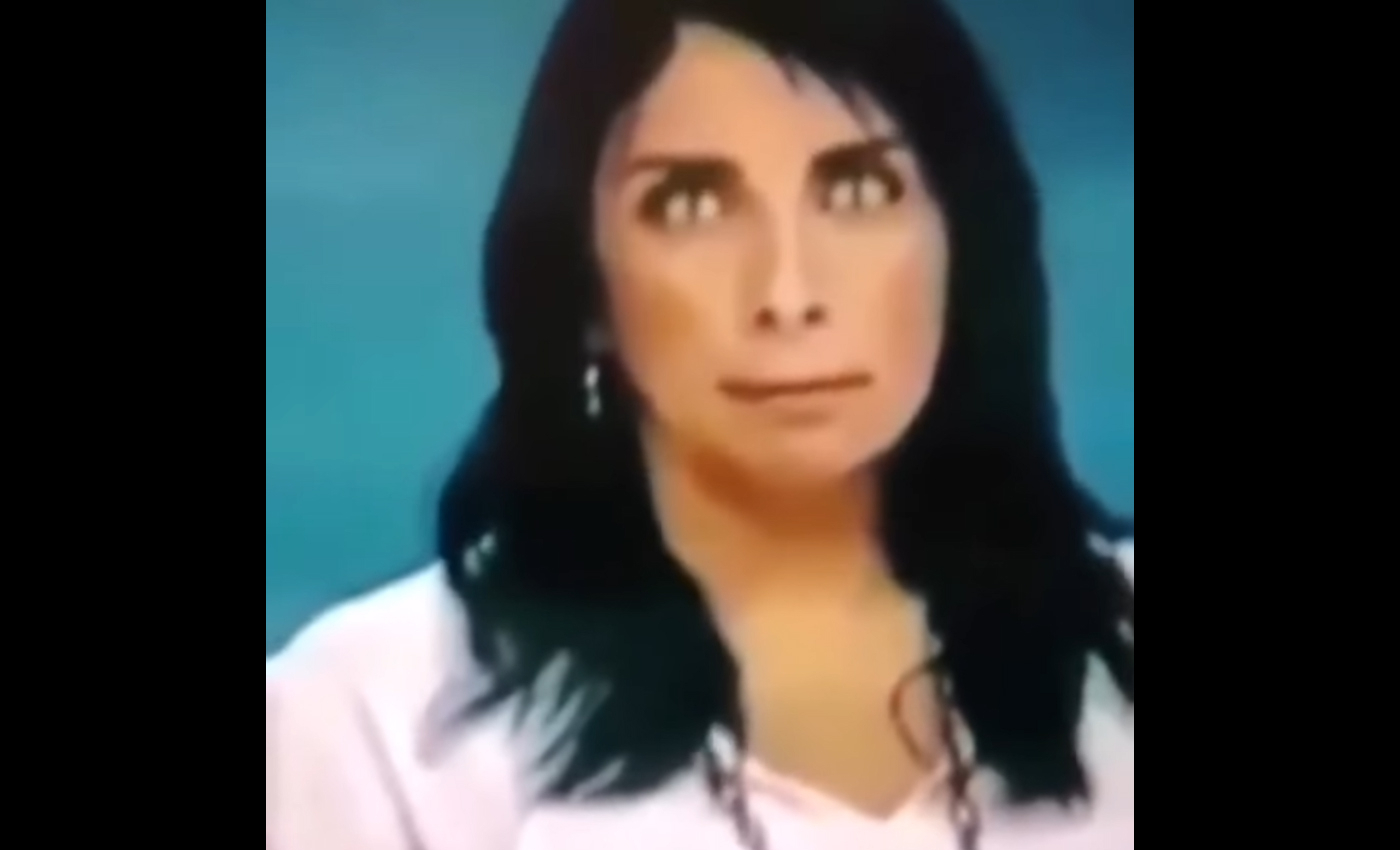 This is a digitally altered video of Chile's Minister of Social Development and Family. Reptilian shapeshifters are an antisemitic conspiracy theory.

A recent Facebook post published a video of a woman who stares at the camera, and while doing so, her pupils dilate in an elliptical shape, like that of a reptile. The caption for the video reads, "Reptilian Natives are on Earth." However, the claim has no factual basis and the footage has been digitally manipulated. The person in the video is Karla Rubilar Barahona, Chile's Minister of Social Development and Family. Barahona is a medical surgeon and an independent politician. The video in question is taken from a CNN Chile live broadcast of President Sebastián Piñera's speech at Palacio de La Moneda in November 2019. In the video, Barahona is seen standing next to the president. The camera mainly focuses on him during his speech and not Barahona. There is no incident where Barahona's eyes shift or change. The social media post stems from a conspiracy theory that "reptilians" or lizard people exist in today's society. This theory is antisemitic in its targeting of Jewish figures and overlaps with similarly antisemitic theories like New World Order, Freemasons, and the Illuminati. The reptilian theory is that lizard people, cold-blooded humanoid reptilians, have the ability to shapeshift into human form. According to Vox, people who believe in this theory think that these creatures have been visiting the planet and breeding with humans since ancient times, and many world leaders like Queen Elizabeth, George W. Bush, the Clintons, and Bob Hope are all lizard people. According to Time magazine, the common notion among conspiracy theorists is that the alleged lizard people have embedded themselves in powerful positions in politics, Hollywood, and other sectors of society. The reptilian theory is often pushed by David Icke, a conspiracy theorist, whose material is linked to in the Facebook post. In his book "The Biggest Secret," Icke claims that blood-drinking reptilians of extraterrestrial origin have been controlling the world for centuries and are the original Illuminati. According to Insider, the reptilian conspiracy theory is antisemitic and evokes the centuries-old blood-libel false claims that a cabal of Jews controlled the world and drank Christian children's blood. However, these theories have never been presented with any evidence.