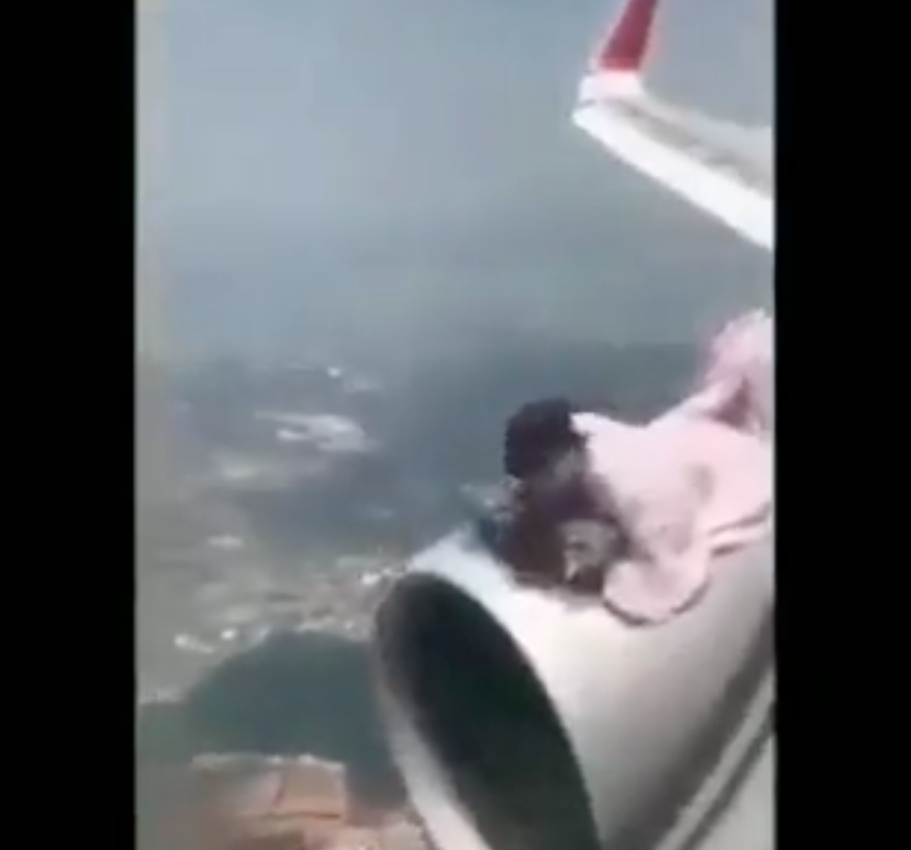 The video in question doesn't actually show a man trying to escape the Taliban regime, though similar scenes did occur.

Various visuals on social media have portrayed citizens trying to flee Afghanistan. One of the clippings shows a man lying on the turbine engine of an airborne aircraft. It claims that Afghan citizens were captured riding on the plane's wings to escape from the country. This is true – some people even fell to their death trying to flee the country by grabbing onto the wings and doors of a U.S. aircraft – but the video in question doesn't actually show a man trying to escape the Taliban regime.

Using a reverse image search, we found that the video was posted by a Vietnamese graphic designer, Mai Xuan Huy, in 2020. Mai's Facebook page leads to his YouTube video posted in December 2020. The video contains several clippings where a person can be seen sitting, lying, working on a computer, and cooking on the turbine engine.