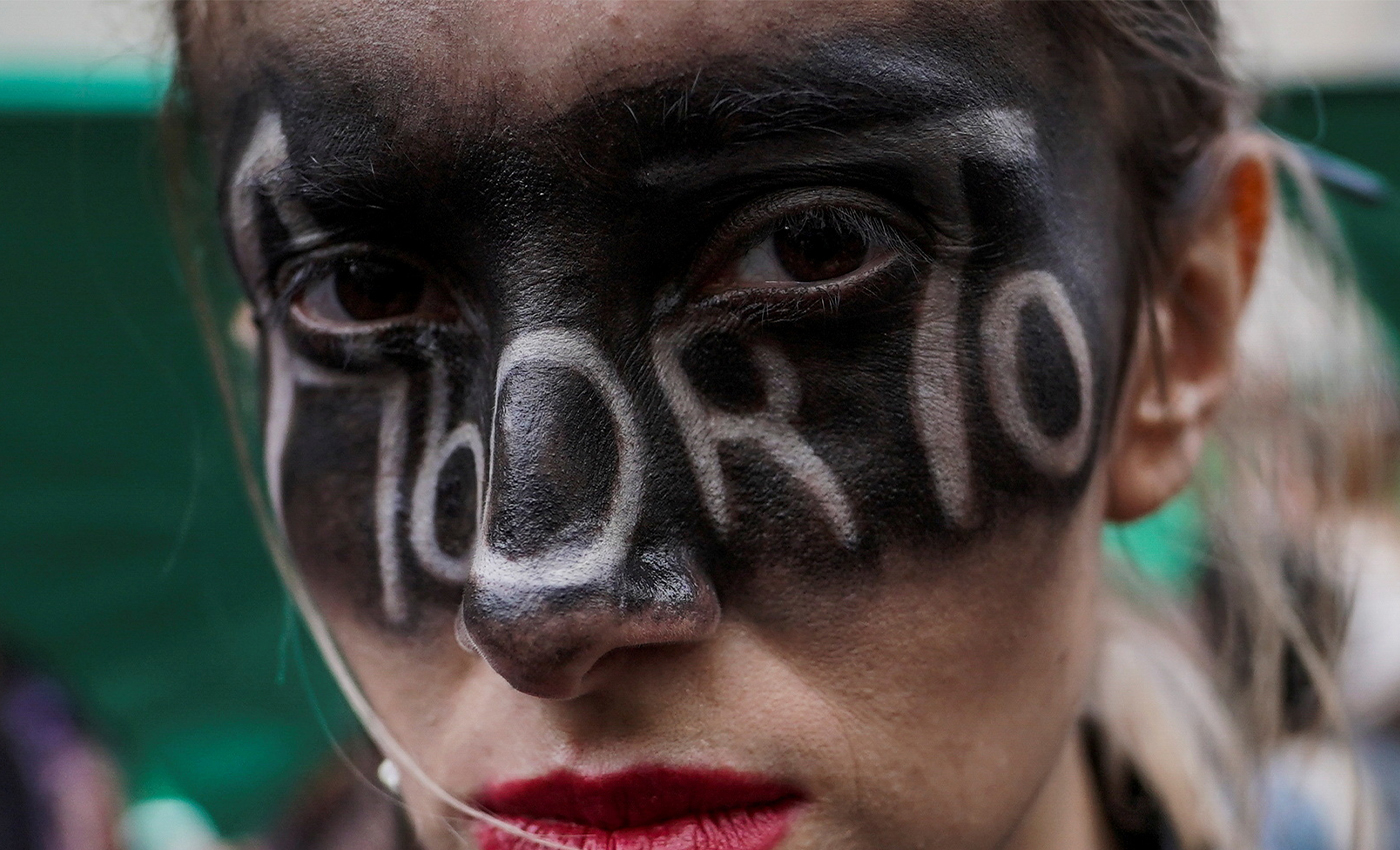 Anti-abortion campaigners have participated in both violent and non-violent protests since Roe v. Wade was ruled.

In the wake of the leak of draft papers on Monday (May 2) that revealed that the U.S. Supreme Court had voted to overturn Roe v. Wade, the abortion debate and all topics ancillary to it have emerged from their perennial position as a polarizing partisan issue to the forefront of online political discourse. Roe v. Wade was a landmark U.S. Supreme Court decision which in 1973 ruled that United States Constitution protects the right to an abortion without excessive government restriction, and public opinion on the ruling can broadly be seen to overlap with mainstream U.S. political party lines, though the full picture is of course more complicated.

As often occurs with topics that lend themselves to a partisan political environment, a number of claims have been circulating on social media which misrepresent one or both ‘sides’ of the debate. In one such tweet, one Twitter user speaking from an anti-abortion perspective claimed that “when Roe was handed down 49 years ago, pro-lifers didn’t riot, didn’t call for SCOTUS to be burned down, didn’t threaten the lives of justices, didn’t try to stack the Court.” Posts such as this misrepresent the history of the U.S. public’s response to Roe v. Wade, and leave out a lot of context.

Both the pro- and anti-abortion camps have carried out numerous public demonstrations in the decades since Roe v. Wade. Every year since 1973, tens of thousands of anti-abortion campaigners have gathered in Washington for the annual “March for Life,” while in 1992, hundreds of thousands of abortion rights advocates marched on Washington for their own cause. Often, more local protests against attempts by state legislators to circumvent Roe v. Wade by limiting access to the abortion have seen pro- and anti-abortion activists clashing

However, it is worth noting that the anti-abortion side of the debate has also historically been associated with eight murders, seventeen attempted murders, forty-two bombings, and one hundred and eighty-six arsons targeted at abortion providers and clinics across the United States since 1977. For example, American Family Planning of Pensacola, Florida has been the target of at least five separate attacks on its premises since 1984, with the most recent occurring in 2012.

We went for the judgement of misleading, as while there may not be examples of violent reactions to Roe v. Wade from anti-abortion activists in the year of 1973, protest against the ruling has been the motivation for a number of violent attacks against private citizens as well as abortion clinics in the years since. As a result, it would be misleading to say that anti abortion activists did not engage in violent protests in response to legislation.