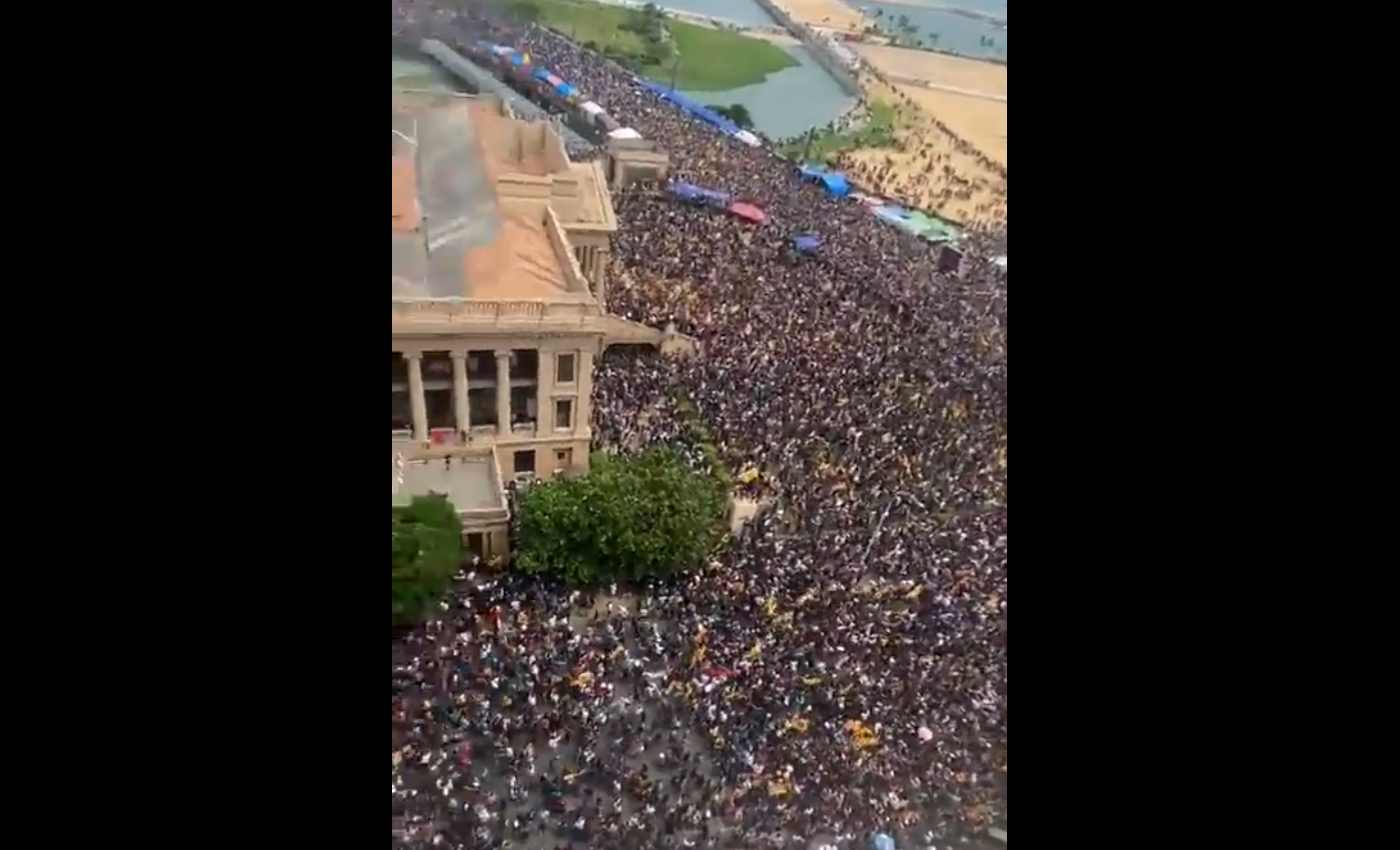 On July 12, 2022, Premier League football teams Manchester United and Liverpool Football Club (FC) played a match in Thailand. Liverpool FC arrived in the country on July 10, 2022, to a unique reception for England's most prominent players. Many false and misleading videos circulated on social media related to this event. One such video had the caption, " Wow, look at the reception of Liverpool FC are getting in Thailand. We are massive. This means more. Liverpool FC". However, this is false. The video shows crowds gathered in protest in Sri Lanka.

Through a reverse image search, we found the same video posted by a Sri Lankan Journalist on his official Twitter handle, @SriLankaTweet, stating that on July 9, 2022, there was a massive protest in Sri Lanka's capital, Colombo demanding President Gotabaya Rajapaksa's resignation.

India Today reporter, Shiv Aroor, posted the same video of Colombo. He tweeted that thousands of protesters were seen surrounding the Presidential Palace, and President Gotabaya Rajapaksa is said to have fled the building.

According to The News Minute, protesters stormed into the official residence of Rajapaksa in central Colombo's high-security fort area, destroying the barricades. Rajapaksa has been facing calls to resign since March 2022. Nearly 30 people, including two police officers, were injured in the ongoing protests and admitted to the National Hospital, Colombo.

We also noted that the same video has previously gone viral with misleading narratives linked to the Telugu Desam Party and Pawan Kalyan fans.

The video of protestors storming the Sri Lankan President's official residence was misattributed to the arrival of Liverpool FC in Thailand. Hence we have marked this claim as false.