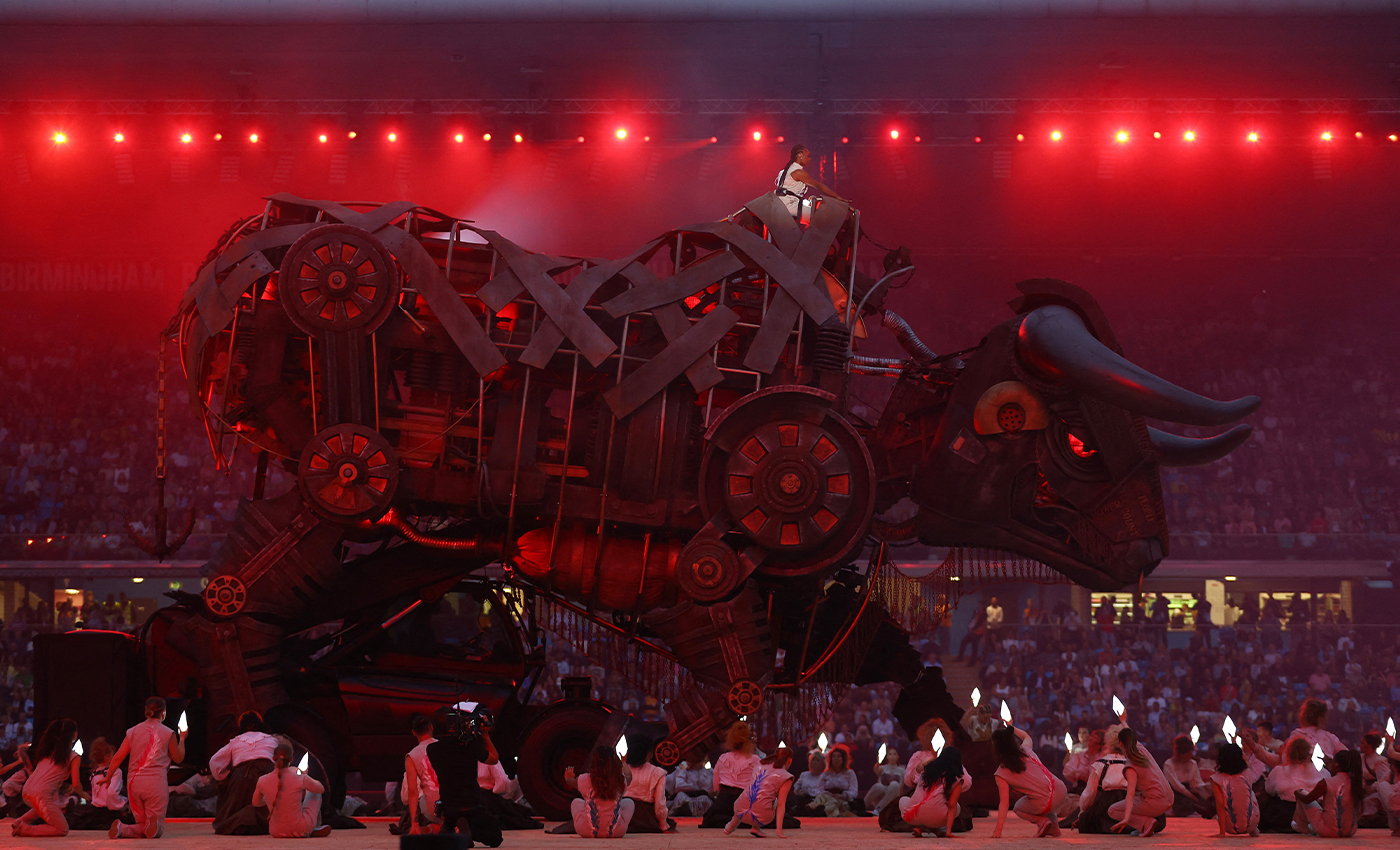 There is no proof to support that the Games included Satanic rituals. The Raging Bull used at an event has a special significance to the host city.

The Commonwealth Games commenced on July 28, 2022, in Birmingham, England. The opening ceremony was successfully held at the Alexander Stadium. One event at the opening ceremony drew netizens to allege that the organizers performed a Satanic ritual. One such video on Facebook showed people holding a torch around a massive structure in the shape of a bull and describing it as, "Satanic rituals @ the commonwealth games...." The audio in the video is unclear, and the user claims the participants are chanting as part of some Satanic rituals.

The official website of the Commonwealth Games— Birmingham 2022 stated that artists and performers "celebrated Birmingham's industrial heritage and its multicultural tradition" on the night by welcoming the "competitors from the Commonwealth's 72 nations and territories and were cheered into the arena by a 30,000 crowd."

On July 29, Birmingham 2022 published an article on the ‘Raging Bull’ from the opening ceremony of the Commonwealth Games. They exclaimed that the "huge, armoured Bull" was one of the central attractions of the opening ceremony. Explaining the performance, it said that the 50 women pulling the Bull on stage represented " the female chain-makers of the Industrial Revolution who made chains used in the slave trade." Further, the segment where women break free from their chains symbolized the release from oppression. In the end, the protagonist Stella "offers friendship to the Bull, highlighting our ability for compassion and togetherness."

On August 6, West Midlands news channel Birmingham Mail wrote about the significance of the Commonwealth Games Bull, which plays a significant image in Birmingham. Bull stands synonymous with the Bullring, Birmingham's shopping center, where a six-tonne bronze bull statue stands. It was a "Bull Ring market area since the Middle Ages where bulls were once baited before slaughter." The Commonwealth Games connected the Bull showcasing to the "underpaid, overworked female chain-makers of the Industrial Revolution" entering the stage and getting free from slavery at the end, "signifying how women broke free via a minimum wage strike of 1910," according to Birmingham Commonwealth Games 2022 organizers. The Bull was tamed, emitted smoke, and cried tears of blood. It was designed, built, and mechanized by a team of over 50 people from a UK-based special effects company.

After it was discussed to dismantle the Bull, local resident expressed their disagreement and pointed out why it should be put on public display. Later a petition resulted in stopping the dismantling of the Bull. The Bull is placed for public display at the Centenary Square, where the Birmingham 2022 megastore is also located, until the end of September, reported Birmingham 2022 in an article titled "A message from Raging Bull." The Bull, which is Birmingham 2022's official mascot, is named Perry.

There are many well-known conspiracy theories based on Satanism. Logically has published various articles referring to misinformation around it. According to Britannica, Satanism or devil worship centers around the figure of Satan, the Devil, regarded in Christianity and Judaism as the embodiment of absolute evil. Satanic rituals may involve devil worship, human sacrifice, or cannibalism.

According to a claim debunked by Logically in November 2021, these claims fit into a broader pattern of claims about "demonic" influences in music and the "Satanic panic." The 'Satanic panic' refers to a conspiratorial panic over supposed ritual abuse and child sacrifice that began in the 1980s in the U.S., noted researchers Abbie Richards and Olivia Little in Media Matters.

There is no evidence to show Satanic rituals were performed at the opening ceremony of the Commonwealth Games 2022. Hence, we have marked this claim false.