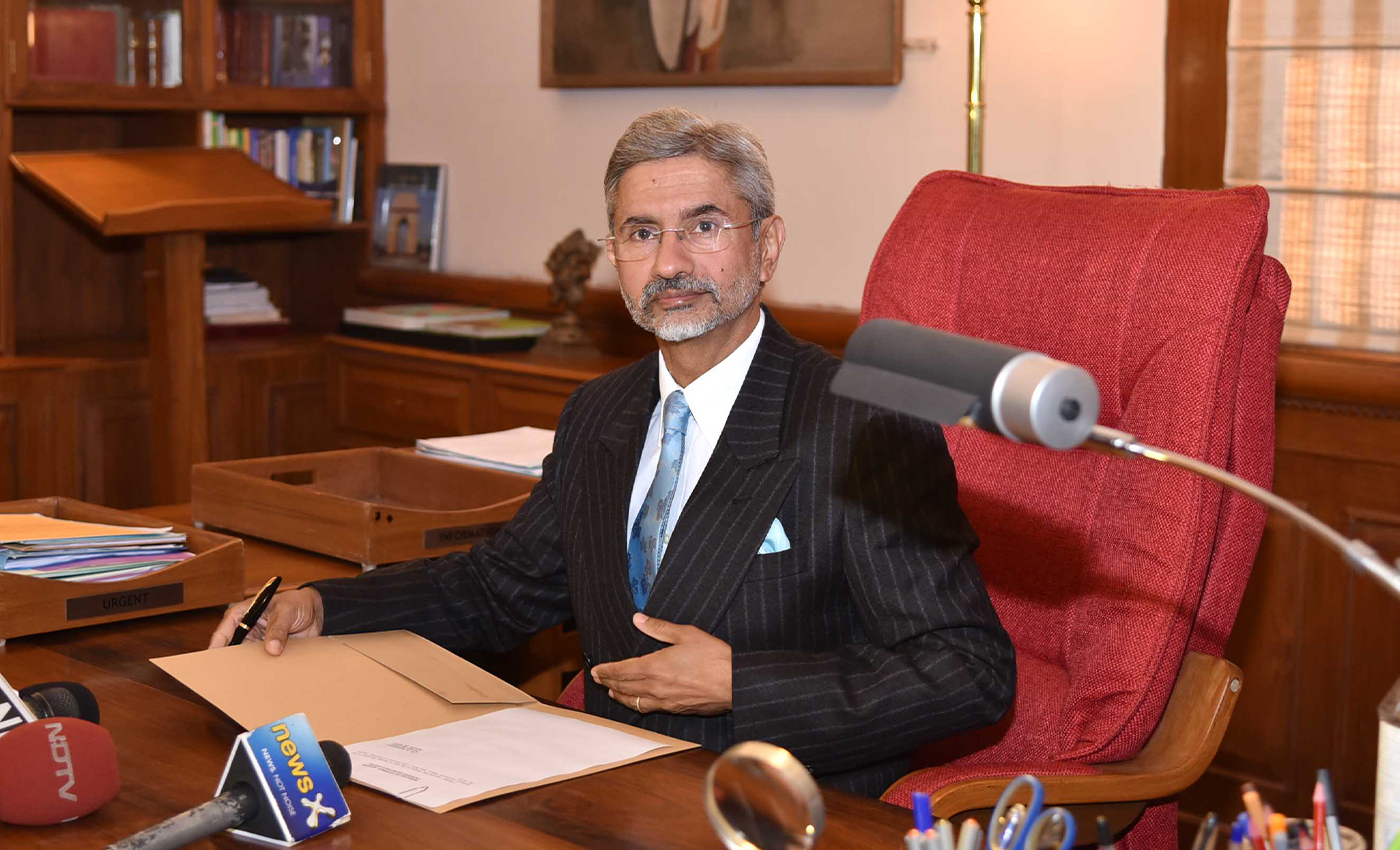 A report supposedly from Sky News is fake and circulated with a false claim that Dr. S Jaishankar violated quarantine rules at G7 talks in London.

Upon verification, we found that the video circulated by a Sikh Federation in the U.K. via Twitter contained several elements that are not authentic. At the start and end of the video, we can see the Sky News logo appear, but it disappears, and a voice-over effect is used to narrate the false story.

The photos were taken when the Indian foreign minister had met his counterparts from U.S and U.K. two days before the face-to-face meeting scheduled on May 7. Those images were published by media outlets and tweeted by both the ministers on May 3 and May 4, 2021, whereas the Indian delegates went into isolation on May 5.

Furthermore, the original clip of this Sky News broadcast is available on their official YouTube channel. It does not mention that Jaishankar broke any protocols as alleged in the viral video, and said that he was self-isolating in his room. Reuters reported that a British official confirmed that the Indian delegation was not present at the main summit venue at Lancaster House and was in isolation.

Another picture tweeted by Dr. S Jaishankar was also shown in the viral video. In this image, Dr. S Jaishankar can be seen sitting alongside other Indian delegates and having a virtual meeting. The Indian delegates present with the Foreign Minister were also in isolation. However, as per the U.K. government's quarantine rules, certain exemptions will be granted. A person does not need to self-isolate in the place where they are staying if he/she is traveling for an official business in the U.K. that cannot be undertaken while in self-isolation. Furthermore, none of the U.K. officials have pointed out about the Indian Foreign Minister violating quarantine rules.

It is evident that the video has been manipulated to tarnish the reputation of the Indian officials, and hence we mark the claim as false.

COVID-19 patients are killed by hospital staff in Bengaluru, Karnataka.