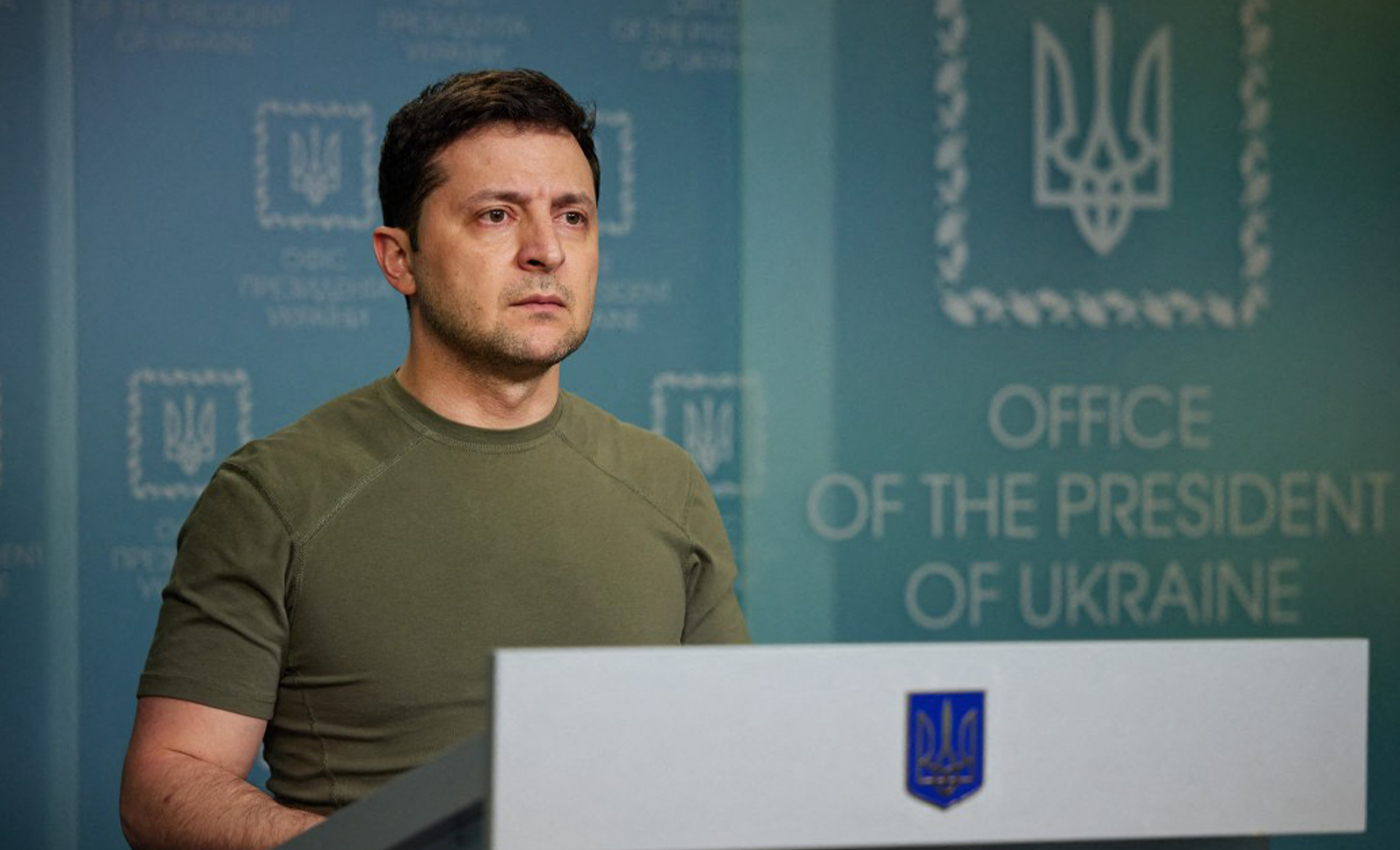 Forbes have estimated President Zelenskyy's net worth as less than $30 million. There is no evidence that he is valued at more than $500 million.

Some social media posts claim that Volodymyr Zelenskyy, the president of Ukraine, is a millionaire, speculating that he may be worth as much as $500 million. One of these posts has a graphic with his picture and the text "Net Worth: $586 Million." Numerous other posts with various numbers likewise imply that he is a millionaire and contend that the only way the former comedian could gain such money was through corruption.

Journalists from Forbes have investigated Zelenskyy's earnings and wealth in detail. They states that he's worth roughly $20 million at most, based on reporting by Forbes Ukraine. According to additional information from Forbes U.S., that sum is less than $30 million.

Zelenskyy's primary asset was an estimated $11 million stake in Kvartal 95, a conglomerate of enterprises that produces comical shows, which he transferred to his partners after being elected president. Once he leaves office, he will likely receive his shares back, the Forbes investigation found. Zelenskyy's stake is valued at $11 million by Forbes Ukraine, with an estimated $30 million annual income. Zelenskyy also owns real estate, estimated to be worth $4 million.

In 2020, Zelenskyy provided the National Agency on the Corruption Prevention in Ukraine with his most recent wealth declaration. According to the disclosure, he made 336,000 Hryvnias in salary, 4.6 million Hryvnias in royalties, and 13.4 million Hryvnias from selling a house and property in 2020. In 2020, Zelenskyy earned roughly $623,000 total. The viral graphic claims that Zelenskyy's salary is $780,000; however, the actual value is approximately $9,146.67 annually.

Zelenskyy allegedly possesses up to five yachts, three private planes, and $60 million in Saudi Aramco, Meta, and Tesla shares, among other sources of wealth, according to some pro-Kremlin propagandists. However, Forbes found no evidence of such possessions, stating that even if Zelenskyy did have stock in those businesses, it could not be worth $60 million.

Forbes notes that the Russian invasion has had a significant negative impact on Ukraine's wealthy population. However, neither the Bloomberg Billionaire's Index nor a ranking of the top 100 Ukrainians in terms of wealth includes Zelenskyy.

Zelenskyy has been subject to numerous allegations and deepfake videos since the Russian invasion. Several pro-Kremlin actors have constantly tried to paint a negative picture of the Ukrainian president. Unfortunately, several social media users have shared this unfounded and propaganda-driven misinformation.

Social media assertions about Zelenskyy's alleged fortune of over $500 are false. Zelenskyy's total wealth is less than $30 million, based on his disclosed assets and estimations from Forbes. Therefore, we have marked this claim as false.