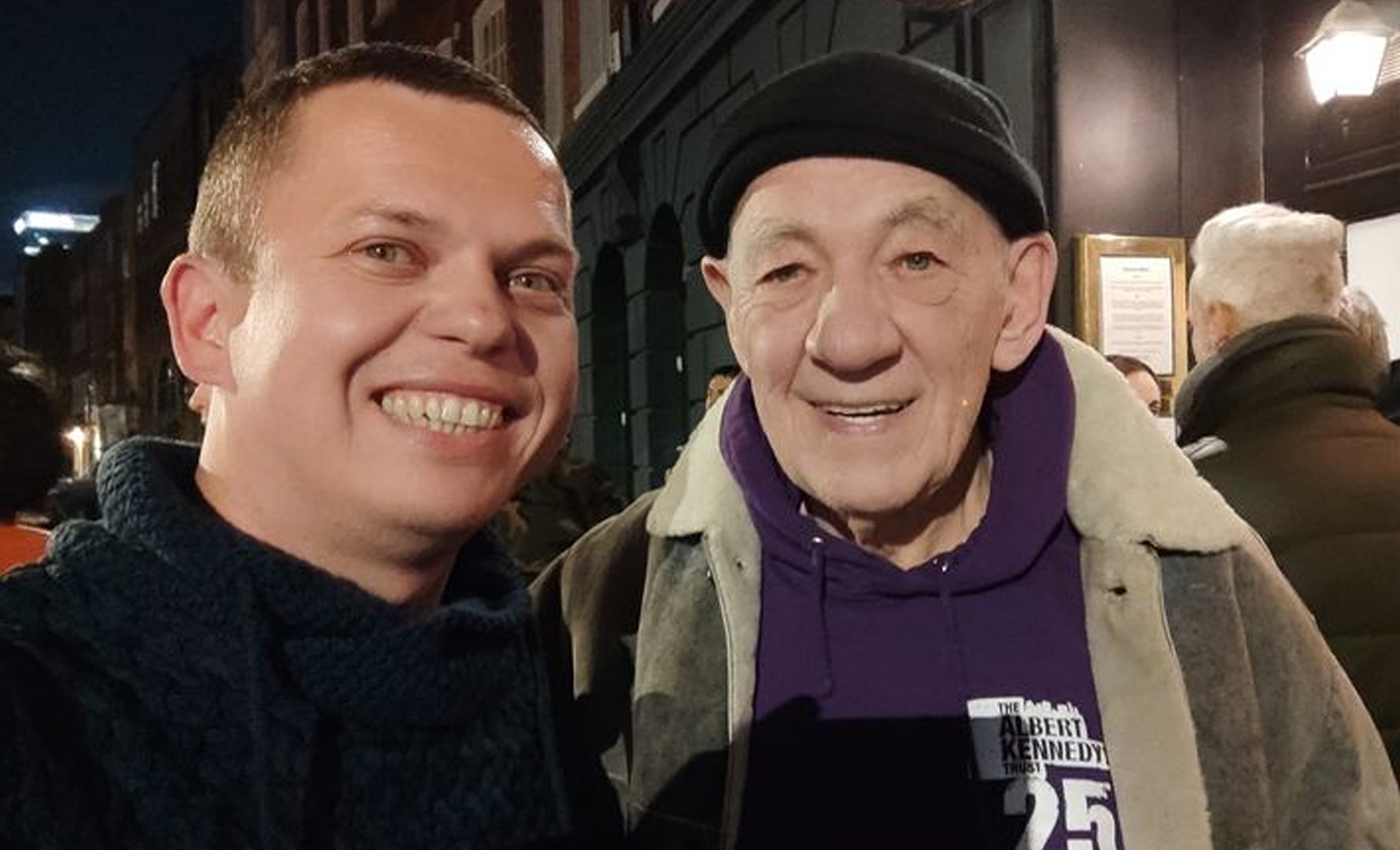 Ian McKellen clarified via Twitter that he had not visited Ukraine during Russia's invasion after social media posts spread misinformation.

Some social media posts, including a photo of Ian McKellen posing with a fan, claimed that the actor was reportedly spotted in Lviv, Ukraine. One such post's caption reads, "Ian McKellen, best known for his role as Gandalf from The Lord of the Rings, arrived in Ukraine. The star was noticed in Lviv, where he took a selfie with a fan.'' McKellen did not travel to Lviv or Ukraine during the ongoing crisis.

The original picture of McKellen with a fan was found via a reverse image search. A Facebook user Maksym Bespalov's post, before the Russian invasion of Ukraine on November 30, 2021, had posted the same image. The geolocation of this image is London, United Kingdom.

The social media posts of McKellen being in Ukraine surfaced after Bespalov reposted this image in May 2022 and incorrectly tagged the location as Ukraine. This post was widely disseminated across many social media platforms. McKellen addressed the confusion after clarifying via a Tweet that he had "not visited Lviv or elsewhere in Ukraine," contradicting the information and alleged images.

In response to McKellen's Twitter post, Bespalov apologized for an incorrectly geotagged Facebook post in May 2022 and mentioned that he had shared the news as a parody. Bespalov writes, "It was my joke on FB, sorry. I also wrote about Bruce Lee, but medias published only a news about you."

International artists, athletes, and activists have shown their support for humanitarian operations in Ukraine and the plight of migrants. While Bespalov's post was meant as a joke, some people believed it to be real, sharing it on social media against a backdrop of celebrities like Angelina Jolie and Sean Penn visiting Ukraine since the Russian invasion. This is an instance of how satire might be misconstrued if it is shared without context.

Therefore, we mark the claim as false since the image from a November 2021 Facebook post was mislabeled as Mr. McKellen being in Lviv, Ukraine in May 2022.