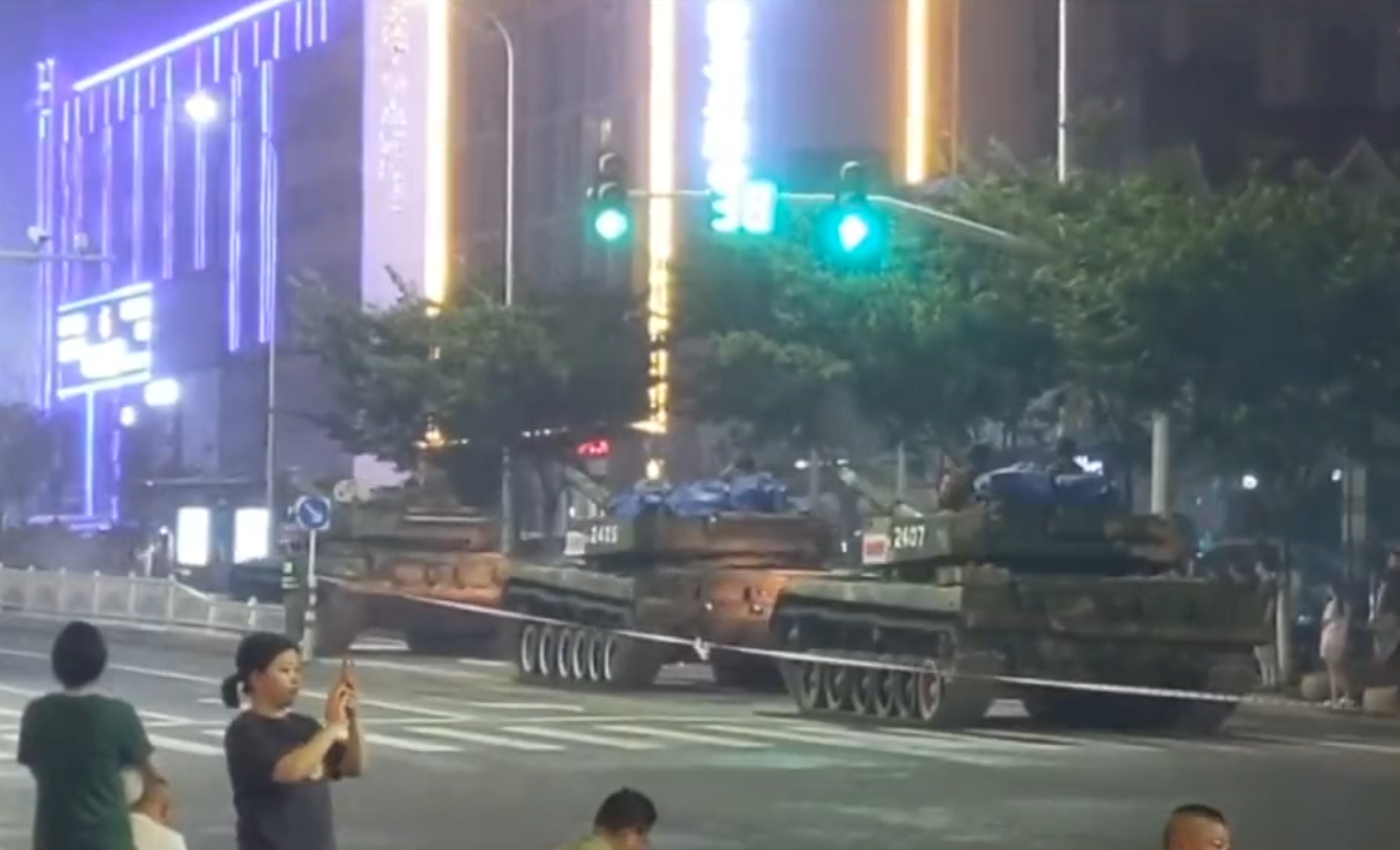 A video of an annual military drill in China's Shandong province has been incorrectly linked to bank protests in the Henan province.

On July 20, 2022, a viral video shared on Twitter claimed to show military tanks deployed on the streets of Henan province in China to protect banks from protesters whose deposits were frozen without warning. The caption reads, "This is because the Henan branch of the Bank of China declaring that people's savings in their branch are now 'investment products' and can't be withdrawn." The video has garnered 9.7 million views and over 107,400 likes. The video is circulating amid wide protests in China's Henan province held against banks that froze citizens' accounts supposedly due to an internal system upgrade.

The BBC reported that people from the Henan province protested near the Chinese central bank in Zhengzhou on July 10, 2022. The police asked the protesters to leave. Violence escalated after a group of unidentified men, believed to be security personnel in civilian clothing, approached the crowd. They reportedly shoved and pelted people, which resulted in some being injured.

Upon researching, we found that the video does not show the protest in the Henan province. It was filmed in the eastern province of Shandong, China. It shows an annual military drill that is unrelated to the bank protests.

On July 19, 2022, a video posted on Twitter by Jennifer Zeng, who runs a YouTube channel called Inconvenient Truths posting content related to current affairs and China's politics, notes that the video is from Rizhao City in Shandong province. She has provided context to the video in her tweet by saying, "It was said that there is a navy training base nearby, and this happens every year." We found a Twitter post by Andy Borehman, who is associated with China's state-affiliated media, which stated that the viral video was filmed in Shandong province, China.

Although there are reports about people protesting in front of a bank in the Henan province, the viral video does not depict the protest. The footage in question is filmed in a different location and depicts an annual military event. Hence we have marked this claim as false.