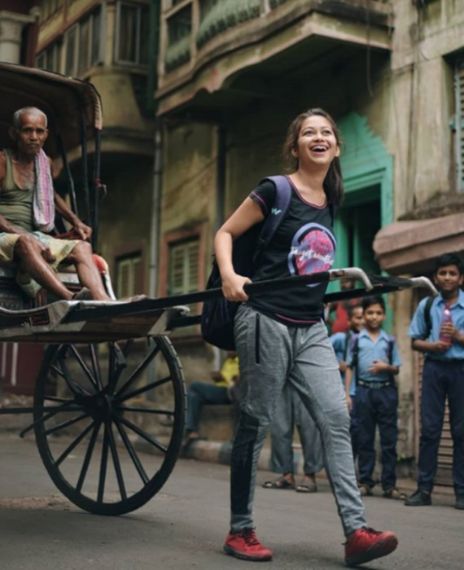 The image clicked for a campaign had been wrongly shared captioned as an IAS topper pulling a hand rickshaw introducing her father.

An image showing a girl pulling a hand rickshaw with an older man sitting behind went viral on social media claiming that an IAS topper was introducing her father to the world.

After verifying the image, we found an Instagram profile of Shramona Poddar, who first uploaded the photo. Wherein she narrated the story behind it and informed that this image was clicked by her friend at Shobabazar in North Kolkata when she was shooting for a social media campaign. Poddar said she asked the rickshaw-puller to sit back as she wanted to pull the rickshaw, and she even referred to the man as ‘rickshaw uncle.’