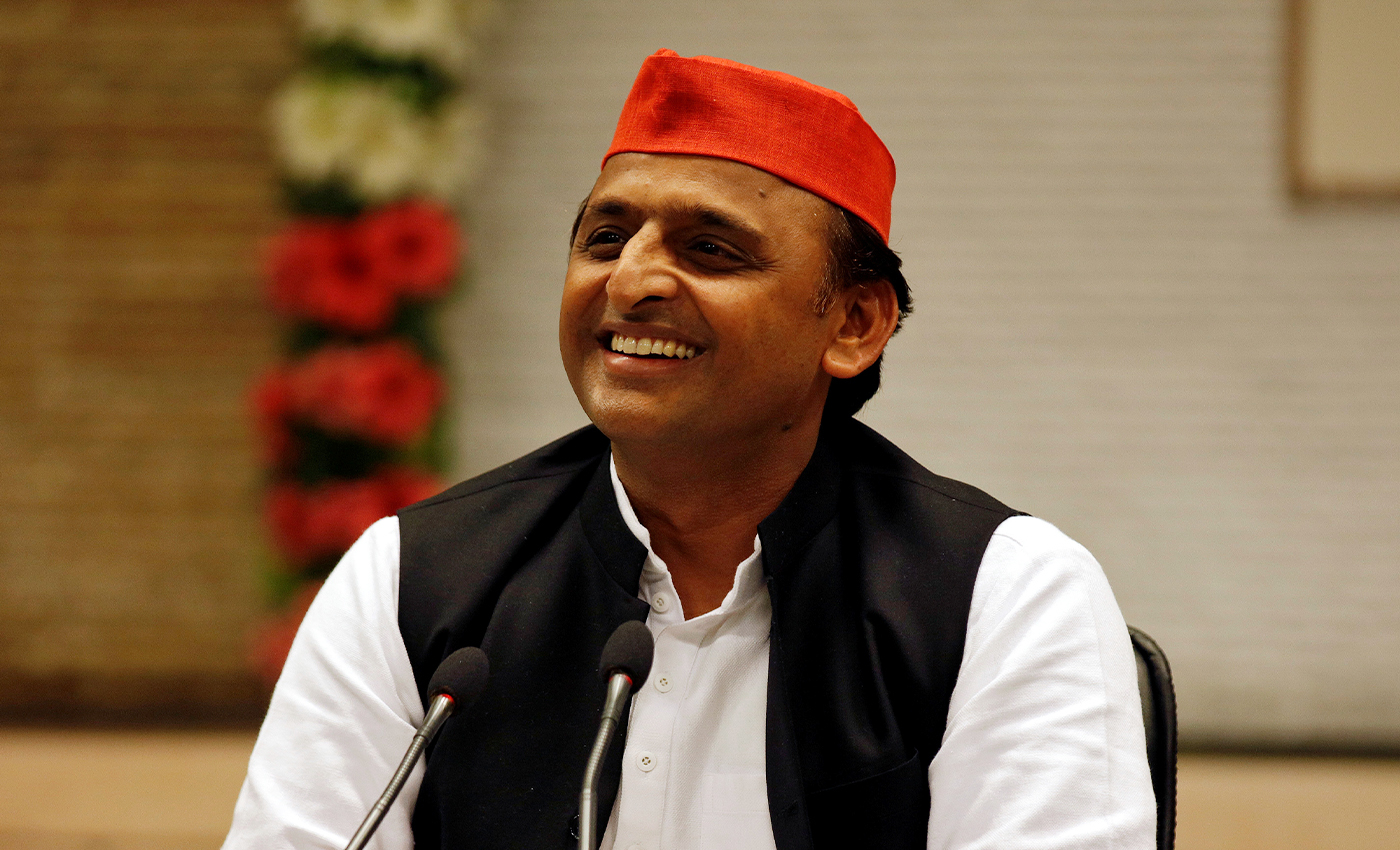 The image claiming Akhilesh Yadav promised to build 2,000 mosques before the 2022 Uttar Pradesh Assembly elections is fake and not an official poster.

In the backdrop of the upcoming 2022 Uttar Pradesh Assembly elections, an image is circulating on social media claiming that if the Samajwadi Party wins the state elections, party leader Akhilesh Yadav would build 2,000 mosques in Uttar Pradesh. The text within the red-colored poster also stated that ₹1,000 crores will be allotted to construct a new Babri Masjid and that the Muslim community would be permitted 30 percent of government reservations. However, this claim is false.

The image is morphed to make it seem like the Samajwadi Party and Yadav made these statements. The same text of the fake promises is also mainly shared on Facebook and Twitter. No news reports have reported the party making such statements. Neither the party nor Yadav's social media accounts contain such promises in text, images, or videos.

There are similar posters and images on the Samajwadi Party's account in terms of color and design in which Yadav can be seen wearing a cap. The actual posters include promises such as compensation of ₹20-25 lakhs to families of farmers who lost their lives during the farmer protests, jobs for young people in the IT sector, and more.

However, the fake image has blurry text in a different font, and the blurry image of Yadav at the bottom right is his Twitter profile picture. In the actual posters, he is credited as "Shri Akhilesh Yadav Ji," and in the fake poster, it is just "Akhilesh Yadav," without the honorifics. Lastly, the Facebook and Twitter handle credits in the actual posters are "samajwadiparty" at the bottom, and the fake image credits it to "yadavakhilesh," Yadav's actual social media handles.