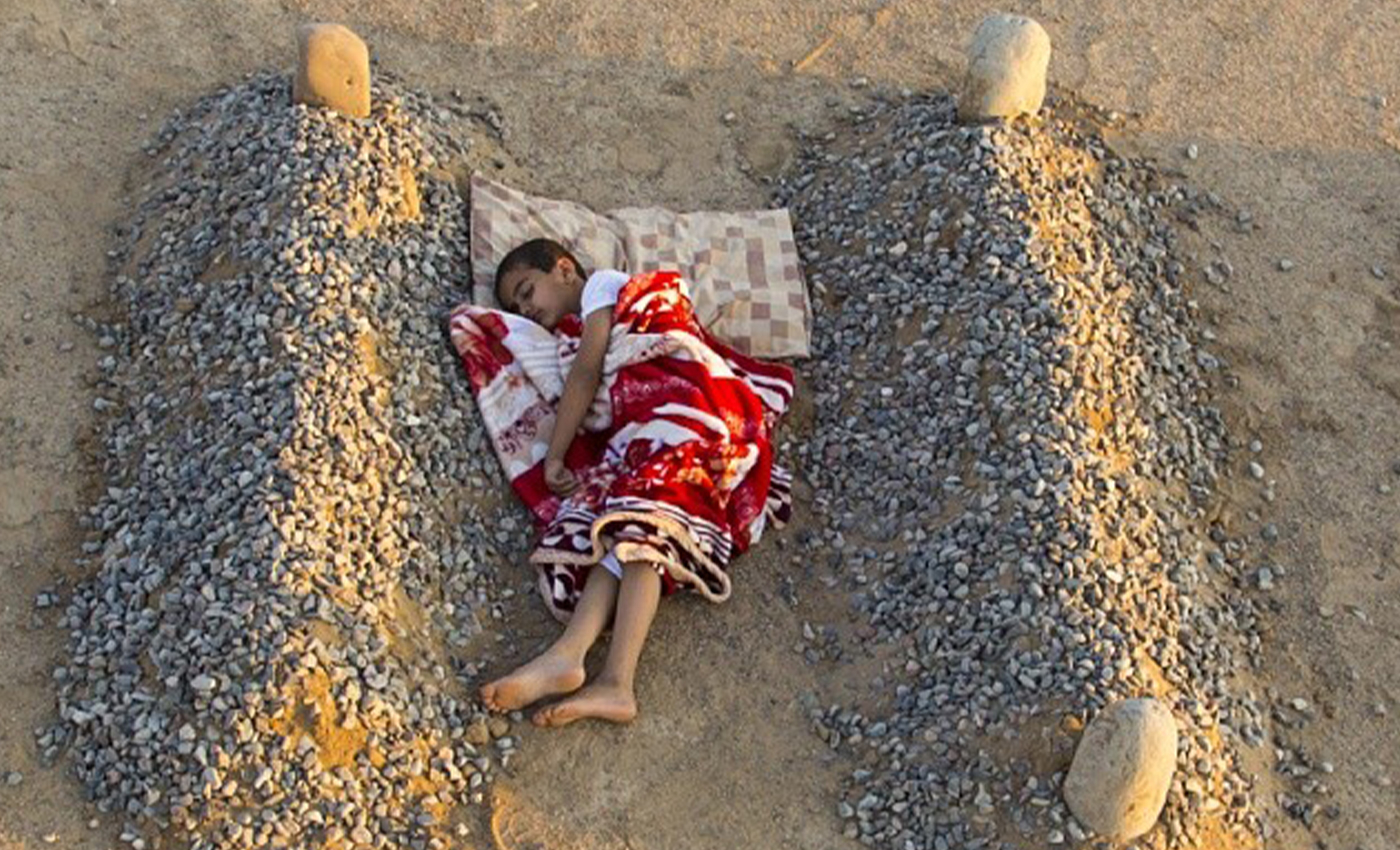 The photo is part of an art project unrelated to Syria. The boy in the picture is the photographer's nephew and the piles of stones are not graves.

A picture of a child lying on the ground, wrapped in a red and white blanket between two piles of rocks has gone viral on social media. According to the posts, the child in the photo is from Syria and was spotted sleeping between his parents' graves. The photo circulated on numerous social media platforms, alongside appeals for donations to help Syrians. However, the image is not from Syria, and the piles of rocks seen are not graves. The picture is part of a photography project.

Through a reverse image search, we discovered that the photographer Abdul Aziz Al-Otaibi captured the picture in the post and first shared it on his Instagram profile in January 2014. Al-Otaibi posted a collage of the four pictures of the child surrounded by rocks. He also tweeted a photo of the boy smiling, with a caption indicating that these were outtake photographs. He added that the photo had been misrepresented. The photographer shared pictures of news stories debunking the false captions associated with his photo on Instagram.

A report from Foreign Policy stated that the photo of the orphaned Syrian boy is fake. The graves were merely piles of stones; the boy was the photographer's nephew, and the photograph had nothing to do with Syria. The image was part of an art project