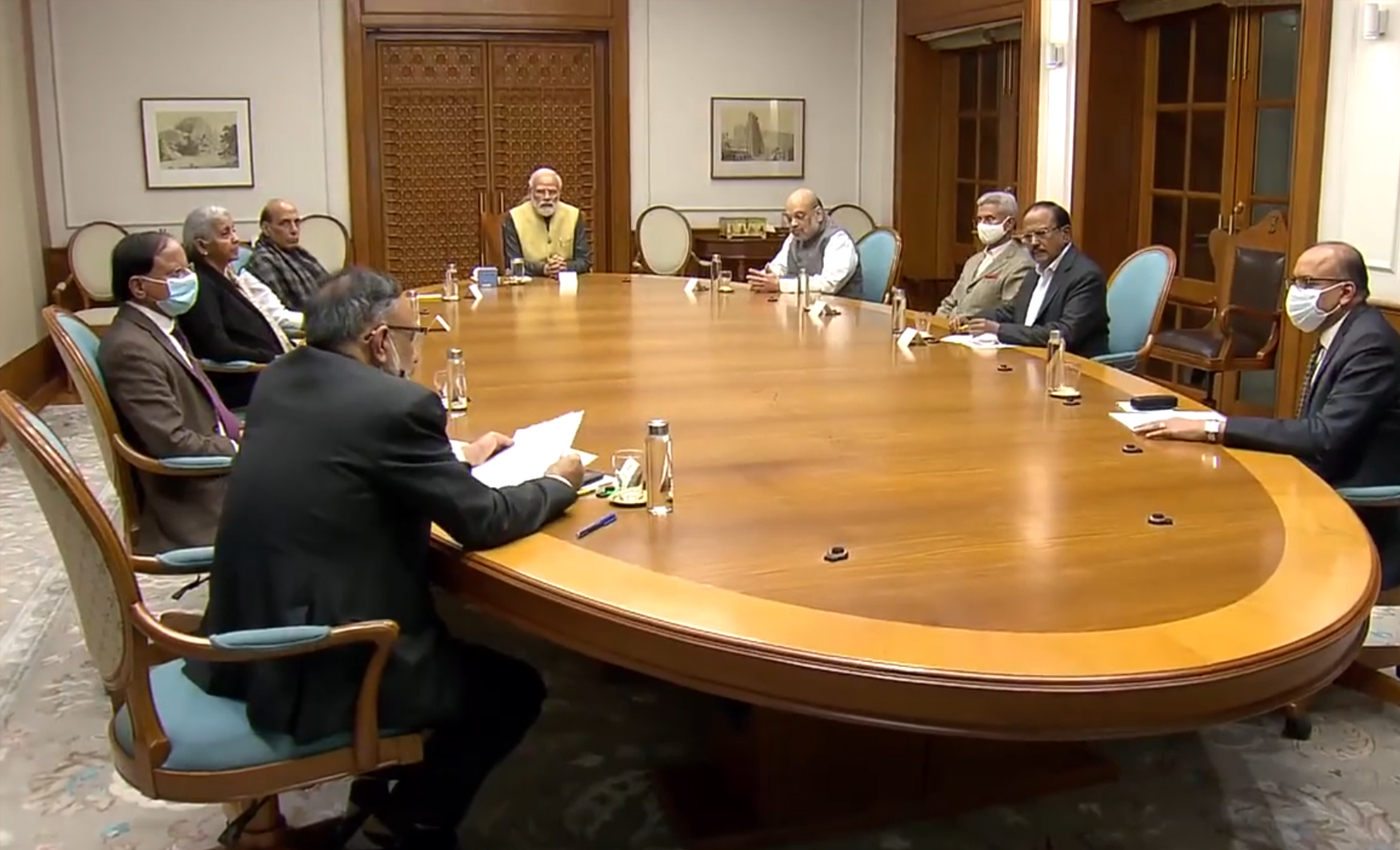 A layer of an audio clip was added to an unrelated video of a meeting with PM Modi, held after CDS Gen Rawat's fatal chopper crash on Dec 8, 2021.

A claim circulating widely on social media platform Twitter states that the Narendra Modi government's Cabinet Committee on Security called for the removal of Sikhs from the Indian Army. A doctored video with this false context was shared initially from a Twitter handle named @eshal_kaur. The false narrative was pushed forward by taking an audio clip from a discussion on the Clubhouse app and adding it on a month old unrelated video clip of the Cabinet Committee on Security meeting in the aftermath of CDS Gen Rawat’s fatal helicopter crash on December 8, 2021. The meeting was attended by Prime Minister Narendra Modi, Defence Minister Rajnath Singh, NSA Ajit Doval and other senior functionaries of the government. Here is an English translation of the controversial statement heard in the viral audio clip from the Clubhouse chat room – "Remove every single Punjabi. Once these Punjabis are thrown out, it will show how effective they actually were. Every General, every soldier, right from the top to the bottom level, remove every Punjabi from the Army National defense infrastructure". However, the visuals were from the Cabinet Committee on Security meeting which was called soon after the December 8 chopper crash incident in Coonoor, Tamil Nadu, where Chief of Defence Staff Bipin Rawat, his wife, and twelve others died. This video was released without any audio. On the other hand, the audio is from a Clubhouse session titled "Ghee Supremacy," which was led by right-wing narratives against the Sikh community. Since a fake audio layer with a false narrative was added to the visuals of the Cabinet meeting, the claim that the Indian government's Cabinet Committee on Security called for the removal of Sikhs from the Indian Army is false.