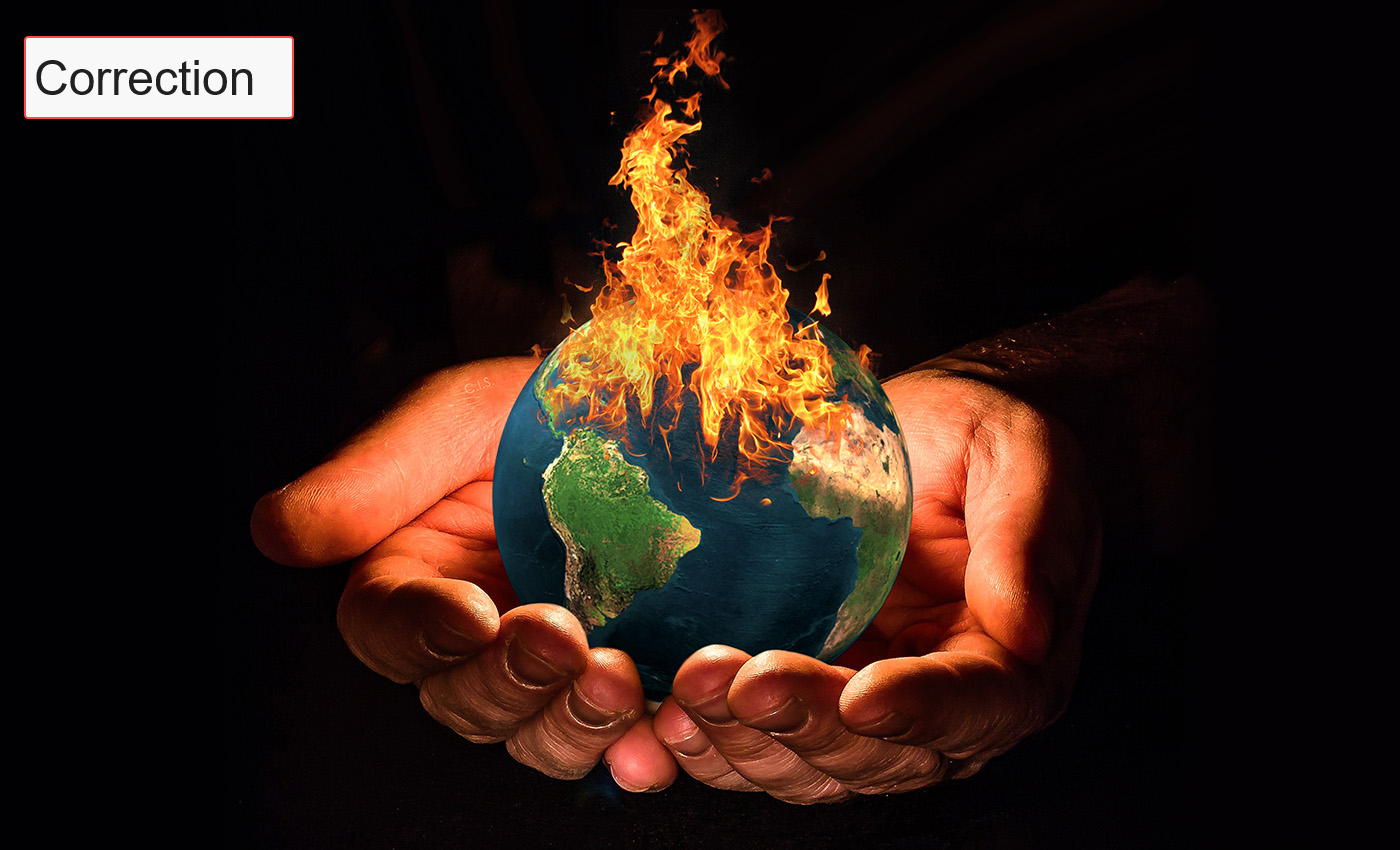 Humans have played a major role in contributing to global warming, and allegations of climate change warnings being propaganda are unwarranted.

As the temperatures soared to record highs in the U.K. and parts of Europe, a Facebook post claimed that the climate has constantly been changing and media reports on climate science are biased. It has a picture that provides data on ice core temperatures in Greenland for 10,000 years.

The post alleges that corrupt politicians and bankers are pursuing an agenda to make money by trading and taxing carbon. It says global warming simply does not exist, and the media has created hype about climate change which can be mitigated by planting some trees. The claim is baseless and factually incorrect.

According to an article published in Quanta magazine, Earth's climate has fluctuated through time, and the variations were caused naturally in the past. However, there is clear evidence of a causal link between CO2 emissions and global warming because of human activity in recent times.

An explanation of the variations caused by climate change on the USDA website said that cold-warm cycles occur in the Earth's climate due to various mechanisms and occur at multiple time scales. These changes are initiated by the changes in the Earth's orbit around the sun, and they occur naturally. Still, with the increase in greenhouse gas emissions, there can be deviations from the expected patterns.

The U.S. Environmental Protection Agency's assessment of climate change noted that the variability in Earth's climate shows that human activities have contributed significantly to global warming over the past century. Scientists analyzed several aspects of the environment that have affected by climate, such as tree rings, pollen, ocean sediments and the Earth's orbit around the sun, to explain the influence of human and natural factors on climate.

A research paper published on the Cornell University website noted that a survey of peer-reviewed scientific papers concluded that over ninety-nine percent of the studies agree on the human factor in contributing to climate change. Cherry-picking certain studies to disregard the human contribution to climate change would distort the real picture.

Further, the argument that the Earth has been hotter in the past is flawed as the temperature rise has been very rapid in past decades, as depicted in the graph published by NOAA. The bar graph under the heading "Global Temperature Anomaly" illustrates cooler years from 1880 to 1939. Still, the last four decades have seen a rapid increase in greenhouse emissions, making the Earth warmer. Once again, undermining the human contribution to the recent and rapid spike in global temperatures and comparing raw climate data spanning millennia provides little to no insights into the role of industrialization or the human factor in climate change and global warming.

The market is still evolving, and countries are tasked to set a cap on emissions. A U.N. report says that carbon markets can slash emissions with defined rules. The allegations about politicians and bankers receiving financial incentives by trading carbon are not supported with evidence.

Logically has previously debunked a claim that climate change is propaganda that governments push.

Climate cycles occur due to natural causes cycles spanning several centuries or even millennia, but the current climate crisis results from a rapid increase in carbon emissions and other greenhouse gases. Ignoring health hazard warnings due to rapid temperature fluctuations and exposure to temperatures that we have not previously witnessed can be dangerous. Therefore, we have marked the claim as false.

CORRECTION: 26/09/2022 A previous version of this post used the claim "Politicians and bankers are hyping climate change as part of an agenda to roll out a climate quota credit system and benefit by taxing carbon." The claim has been rewritten to clarify that Logically is not fact checking the motives of any individual politician, but instead the false claims made in the Facebook post about climate change.