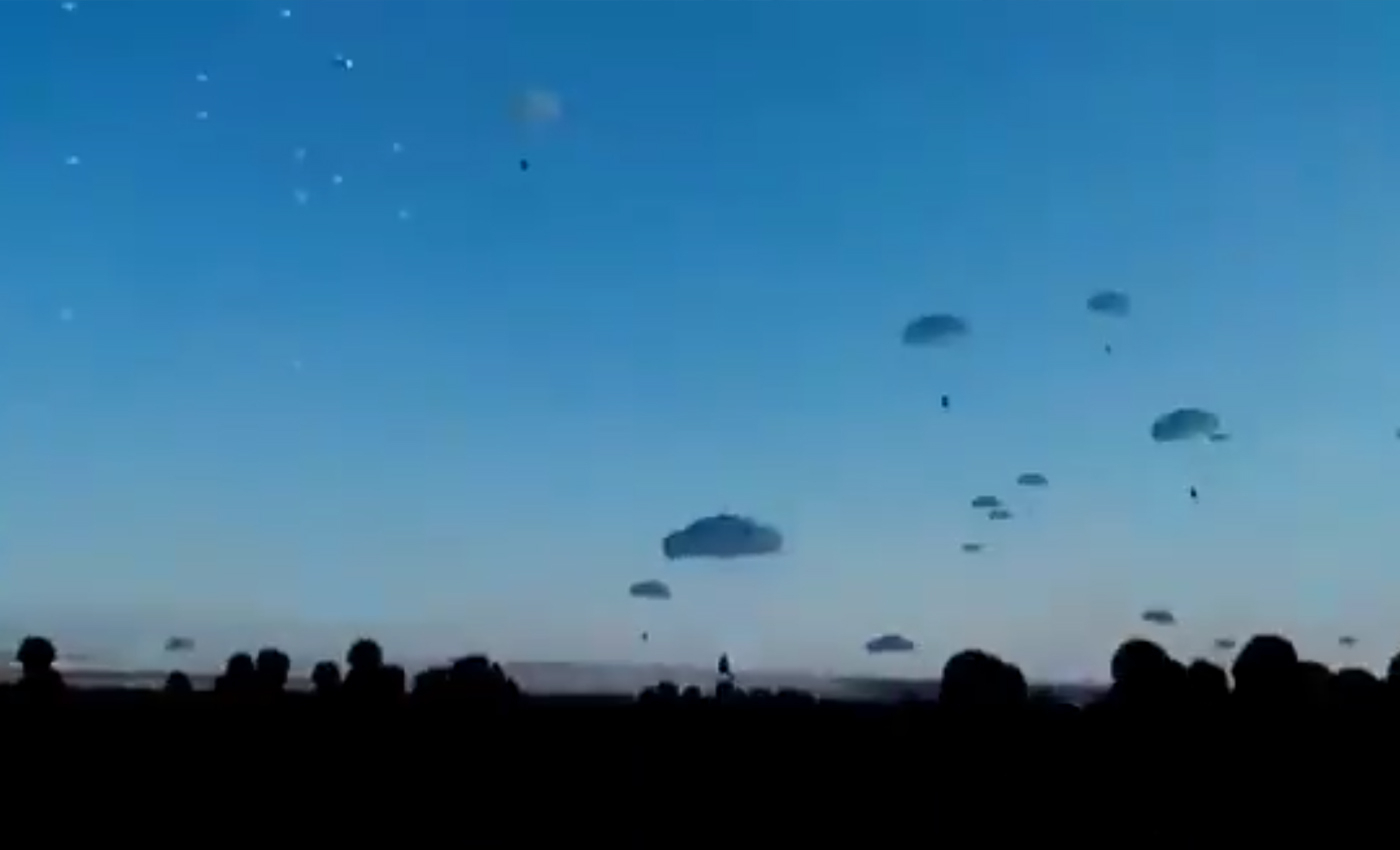 This video has been circulating online since 2014. It has nothing to do with the ongoing Russian invasion of Ukraine.

A video of hundreds of parachutists descending from the sky has been shared on Instagram and other social media platforms. The video is accompanied by a caption claiming the parachutists are Russian military paratroopers landing in Ukraine.

Since February 24, 2022, innumerable social media posts have been shared with hashtags relating to the Russian invasion of Ukraine; many of these posts have garnered thousands of views. However, the claim that this is a recent video showing Russian military paratroopers is false.

A reverse image search of a screenshot from the video reveals that an identical video was posted on Twitter in September 2016 by user Vasily Belov (@BeloFFRus). The caption of this video says the airborne troops landed in Rostov. It is the earliest version of this particular video available online, but a similar video can be traced back to March 2014, when military.com reported that the video showed 15,000 Russian troops were dropped in Russia's Rostov Oblast region with equipment.

The video has been miscaptioned. Although this video does show Russian paratroopers, it is not from the ongoing Russian invasion of Ukraine.