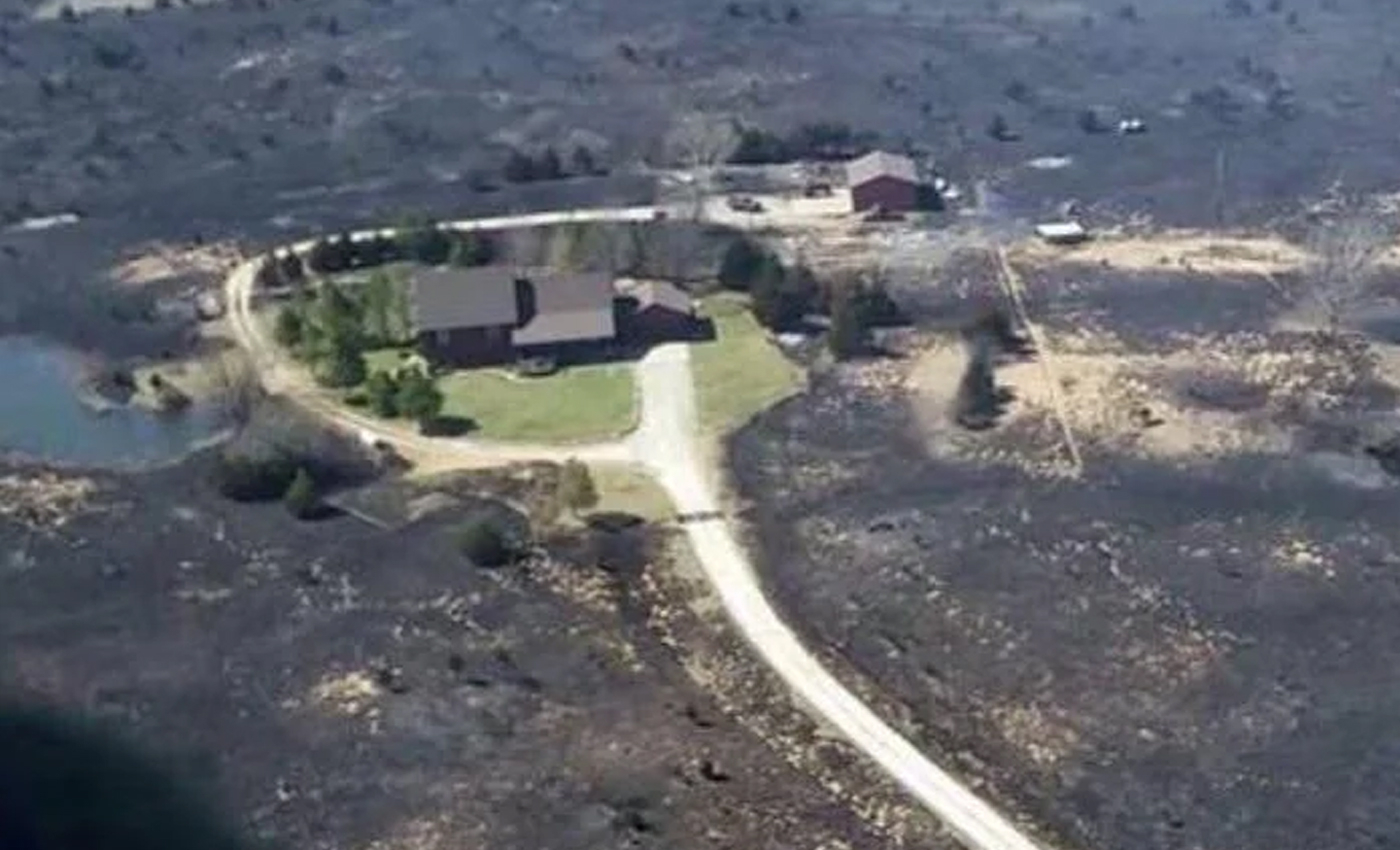 Sprinklers alone did not save the house. The firefighters and the national guards' quick response suppressed the forest fire.

Several photos relating to natural incidents have been circulating on Facebook, captioned with false or misleading information. One such aerial view image depicts an undamaged house and green lawn, with the surrounding area destroyed by wildfires in Kansas, U.S. The caption for this image on Facebook reads, "deadly wildfire in southwest Kansas because the homeowner turned his water sprinklers on before leaving to escape the wildfire." However, this is not entirely true.

By conducting a reverse image search, we traced the photo back to a social media post by Kansas National Guard's social media account. On March 8, 2017, the account tweeted that four Kansas Army National Guard Black Hawk helicopters helped suppress a fire in Reno County, Kansas. Stock image website Alamy captioned the image, "The Kansas National Guard dropped 482 Bambi buckets of water from Black Hawk helicopters, which equals approximately 289,200 gallons of water on a series of wildland fires across the state of Kansas."

On March 8, 2017, the house owners, Scott and Danielle Tajchman, posted the image on Facebook and credited their pet cows for saving their house. They wrote that they kept the lawn fresh and green for their cows to graze by leaving their sprinklers running overtime for several weeks to let the grass grow.

However, Wichita Eagle published an article on March 12, 2017, titled "Heroic firefighters saved her home, survivor says." It stated that Tajchman joked about the pet cows saving the land. Tajchman then wrote an email explaining the incident. She said that they received a video from a neighbor about their property burning a few minutes after she evacuated the house with her husband and five children. She added that two Riley County firemen made sure no one was inside and "proceeded to soak everything they could in more water."

Although the house owner watered the lawn via sprinklers for several weeks before the fire, she credited the firefighters' quick response for the property being saved. In addition, the Kansas National Guard dropped gallons of water on the entire area to suppress the fire. Hence this claim is misleading.

This video shows an electric bus on fire.