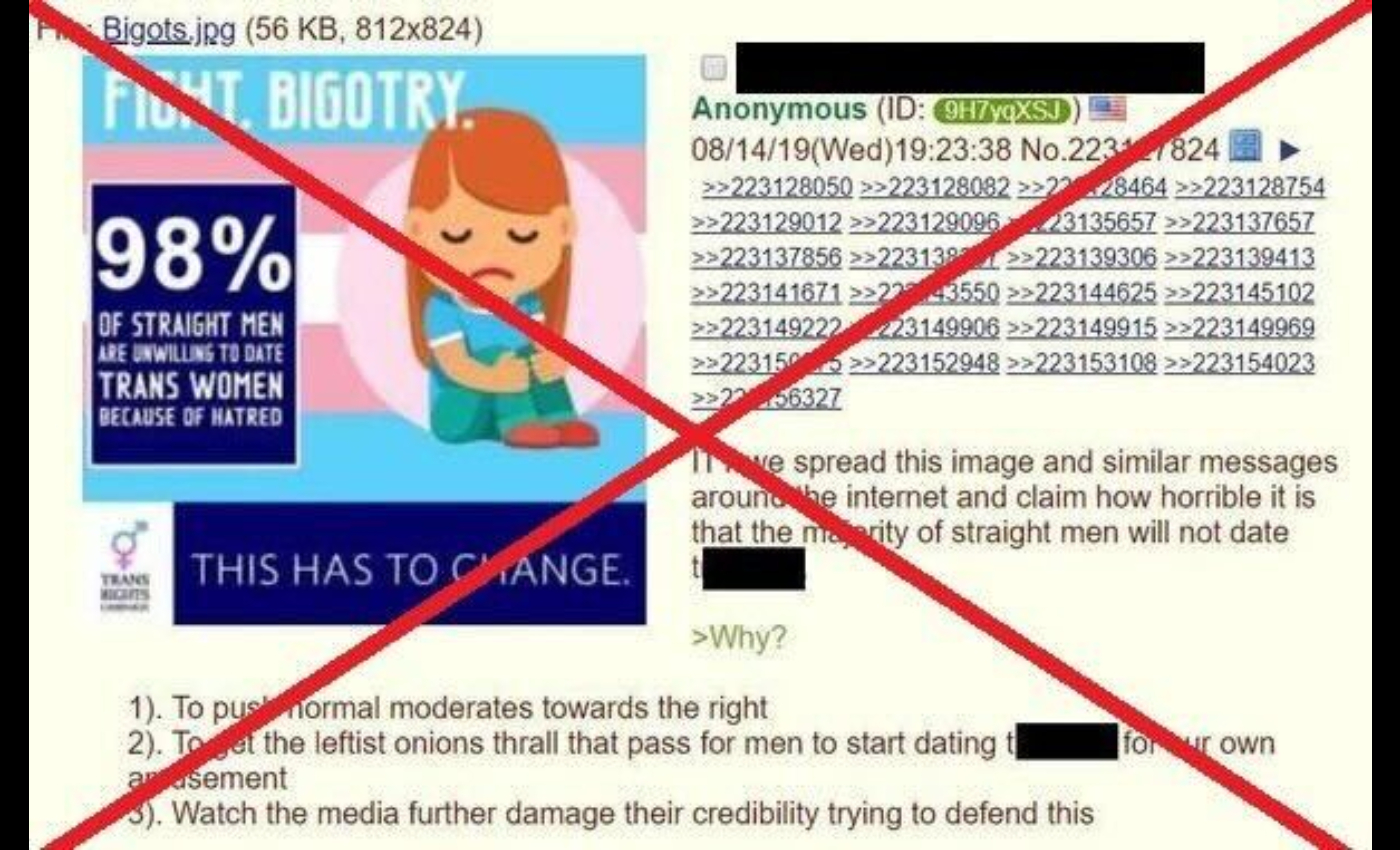 This graphic presents fictitious information and appears to have been created to provoke a backlash against the LGBTQ community.

An image circulating online since 2019 has been designed to convince people that it has been produced by pro-LGBTQ activists. Text included in the graphic reads, "98% of straight men are unwilling to date trans women because of hatred". It further states that "this needs to change."

Taken at face value, the image presents the narrative that there is an organized campaign by activists to influence the sexual preferences of the wider public. Since its creation, it has been widely shared across various social media platforms, frequently eliciting hostile responses from users.

The image in question appears to have been created by users of 4chan, a site that is popular and widely associated with the alt-right. A screenshot of a 2019 post shows a user discussing the image, stating that it was created to "push normal moderates towards the right" and damage the credibility of those seeking to defend the position it sets out.

There is no publicly available polling that matches the figure presented in the graphic, nor is there an organization called "Trans Rights Campaign" that corresponds to the branding that accompanies it.

This image appears to have been created to provoke a backlash against the LGBTQ community and its supporters. Both the polling it includes and the organization "Trans Rights Campaign" are fictitious. This claim must therefore be considered false.

Content Warning: The following contains material that may be graphic.
Continue Cancel
×