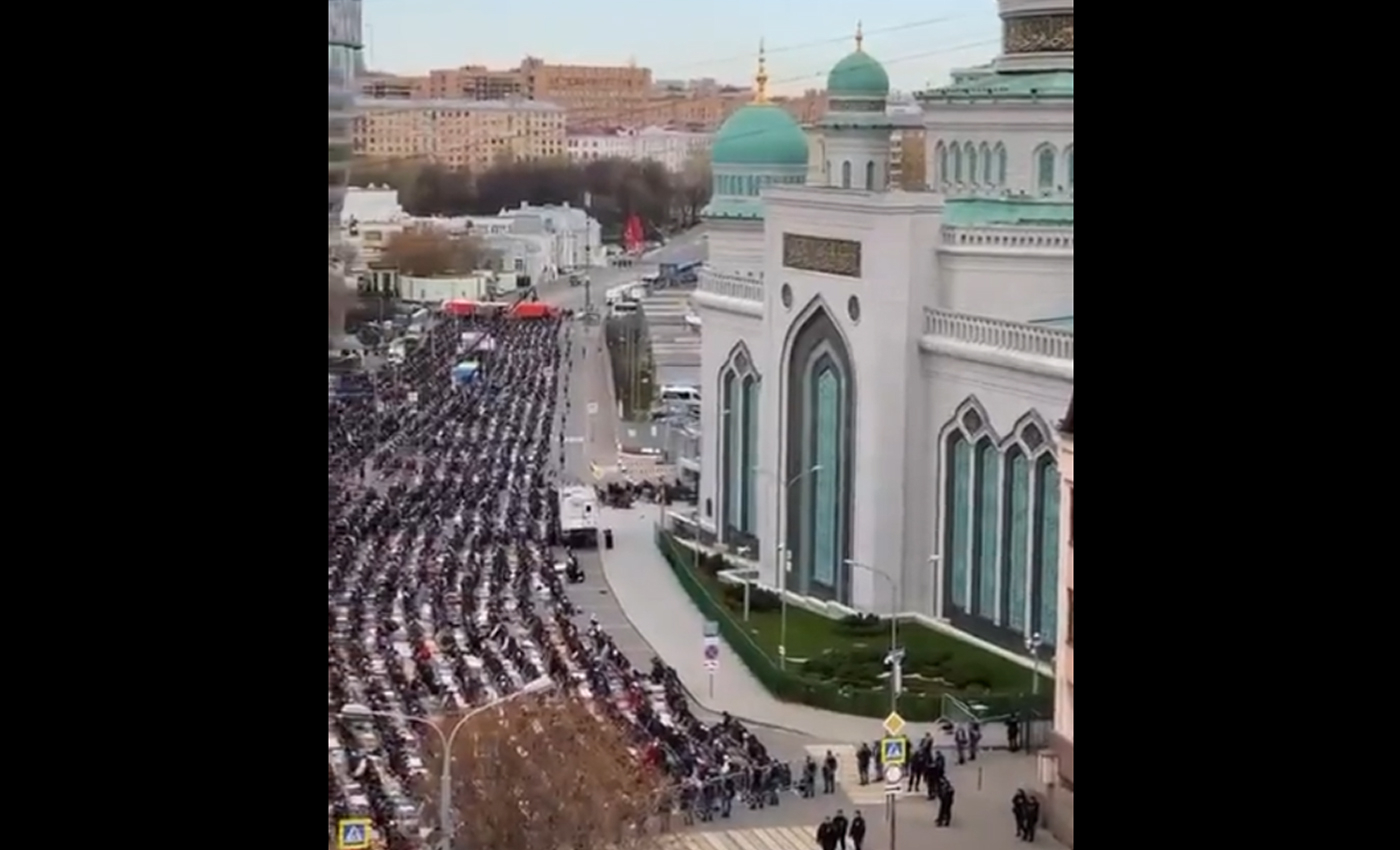 The video showing a mass gathering of worshippers on the streets is from Moscow, Russia, not Paris, France.

A video circulating on social media shows a huge crowd praying in the streets. The video's caption claims that the video is from the streets of Paris, France and people are praying together to celebrate Eid al-Fitr in 2022.

One Twitter user shared the video in a tweet with the text, "Believe it or not; this is Paris. Yes, the fashion city Paris in SECULAR France." However, through a reverse image search, we found photos published by Getty Images which bore a similarity to screenshots from the video. The photos were taken at Moscow Cathedral Mosque and in nearby streets during a prayer session on Eid al-Adha on September 24, 2015.

In 2019, the Voice of America News' YouTube channel uploaded a video showing the crowd at the Moscow Cathedral Mosque and its surrounding streets during Eid al-Fitr prayers. The footage again resembled the images on Getty. The Moscow Times, a Russian online newspaper, published a report about a mass gathering of people on Eid al-Fitr 2022, held in the Moscow Cathedral Mosque and its surroundings. The same tower building in the viral video could be seen in one of the images published in the report.

According to the Moscow Times, since the space inside the Cathedral Mosque is limited, the worshippers also pray in the surrounding streets during Eid. We cannot recognize the year in which the video was shot; however, it is clear from footage and other images that people gather every year to pray on the streets outside the Moscow mosque during Eid celebrations.

While comparing the viral video with the sources, we found that the video was not filmed on the streets of Paris, but in Moscow, Russia. Therefore, we mark this claim as false.