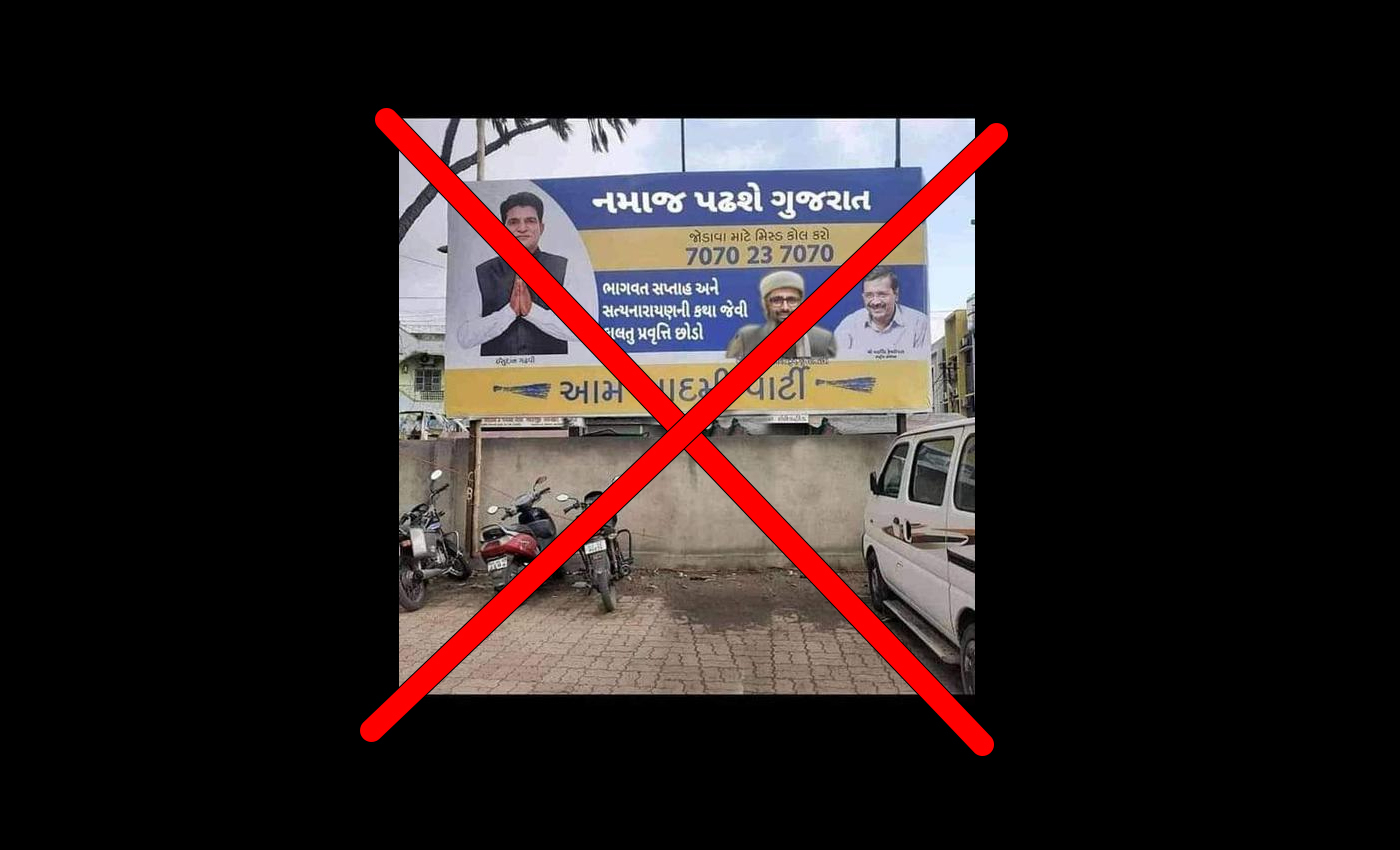 The viral photo of the billboard has been altered to give it a communal spin. The original poster by the AAP states, "Gujarat will change now."

A photo of a billboard written in Gujarati and put up by the Aam Aadmi Party (AAP) is being shared on social media with a communal claim. The viral posts claim that the party is saying that Gujarat will offer namaz (Muslim prayers) now and appeals to people to quit "unnecessary" practices like reading Bhagwat Saptah and Satyanarayan Katha. The purported poster in the photo says the same thing in Gujarati. The poster includes photos of AAP chief Arvind Kejriwal and two other men. We found that the photo went viral on both Twitter and Facebook in July 2021 and has come back in circulation once again, despite being fact-checked by several publications.

We could also identify the two men seen in the original poster alongside Kejriwal as popular Gujarati journalist-turned-politician Isudan Gadhvi and Gujarat AAP President Gopal Italia. Therefore, it is clear that the viral photo has been altered. The header of the original poster was edited to say that "Gujarat will offer namaz now," and the additional text about "unnecessary practices" was added in the available blank space. Further, the photo of Italia was edited to add a beard and different attire.

A photo of a billboard in Gujarat put up by the AAP has been altered to give it a communal spin. The original poster carried no communal message. Therefore, we have marked this claim false.