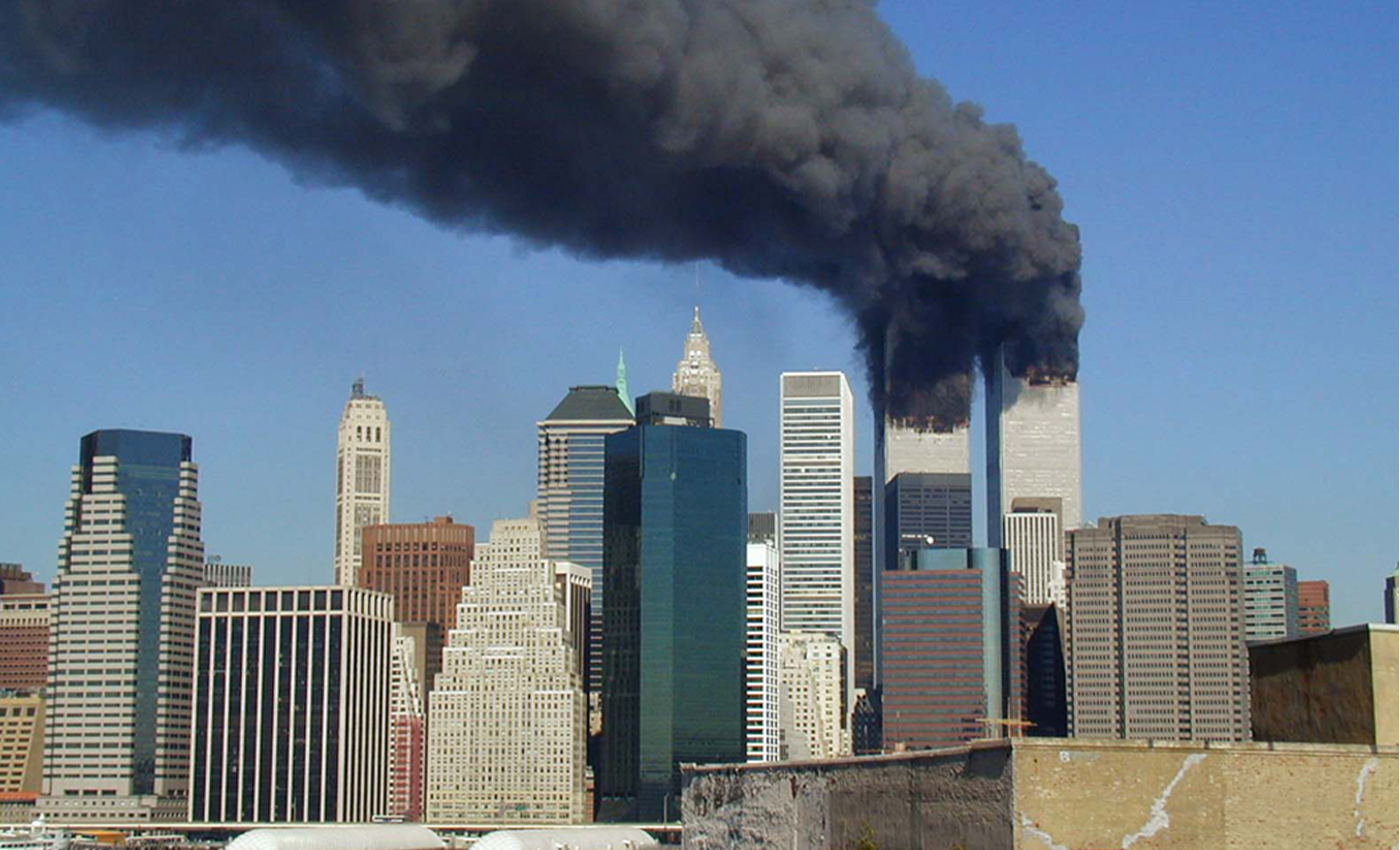 Both firsthand witnesses and on-the-ground footage prove this claim to be untrue.

A Facebook post has rehashed an old conspiracy theory that suggests that the 9/11 terrorist attack by al-Qaeda against the World Trade Center in 2001 was a hoax.

The post presents footage of the attack in which an explosion can be seen erupting from one side of the South Tower. The overlaid text claims that because no plane can be seen hitting the tower, and because firsthand witnesses to the attack state that they saw the planes impact the towers, this must mean that the planes were a hologram. The post connects this to something called “Project Blue Beam.”

The post is making a rather obvious mistake. It is well-documented that the first plane hit the North Tower from the north-facing side, while the second plane hit the South Tower from the south-facing side. The footage shown in the post was shot from the north of the Towers. This is why the smoke and the damage from the impact to the North Tower can be seen in the footage, but the plane hitting the south side of the South Tower cannot, and all that is instead seen is the explosion of the impact. It is unsurprising that the text overlaid states that the original poster had trouble finding this particular footage, as most footage online clearly depicts the planes hitting the towers.

In the aftermath of the 9/11 attacks, a plurality of conspiracy theories emerged that claimed that the attacks were not, in fact, carried out by members of al-Qaeda. A seeming majority of these theories claimed that the U.S. government itself was to blame for the attack. While variations on this claim are well-known (to the extent that some of the arguments made by conspiracy theorists have become well-known memes, such as “jet fuel can’t melt steel beams”) the Facebook post in question presents a lesser-known version by linking it to a decades-old conspiracy theory named Project Blue Beam.

This theory was first described in 1994 by Serge Monast, a Canadian conspiracy theorist and journalist, in a book named “Project Blue Beam.” Throughout the book, Monast claimed that a number of political and technological organizations, namely NASA and the United Nations, were planning to use technological methods of mind control to encourage to formation of a global New Age Religion, which would form the basis for a New World Order. Monast claimed that this would unfold in four ‘stages,’ the second of which he claimed would rely on the use of holographic laser projections all over the world, the precise details of which would be tailored to different regions’ dominant religious traditions.

Since Monast published this theory, various events have been conspiratorially attributed to the ‘holographic event’ stage in question. For instance, in 2015, a clip which appeared to show a cityscape hidden in the clouds above the city of Foshan in the Guangdong region of China went viral. Though many scientists came forth and explained that this was a ‘fata morgana’ (an atmospheric phenomenon in which objects on the ground appear much higher than they are) several people were quick to claim that this was proof of Project Blue Beam’s reality, and that this was in fact a ‘field test’ of the holographic technology Monast described. However, the story that went viral was based on a single grainy photograph. This further undermines the claim made by the Facebook post under consideration, which bases its claim on the fact that a plane is NOT visible in the footage it presents.

The tragic events of 9/11 were not, in fact, falsified with holographic technology. This post reiterates a decades-old conspiracy theory whose adherents have made contradictory claims. We have therefore marked the post as false.