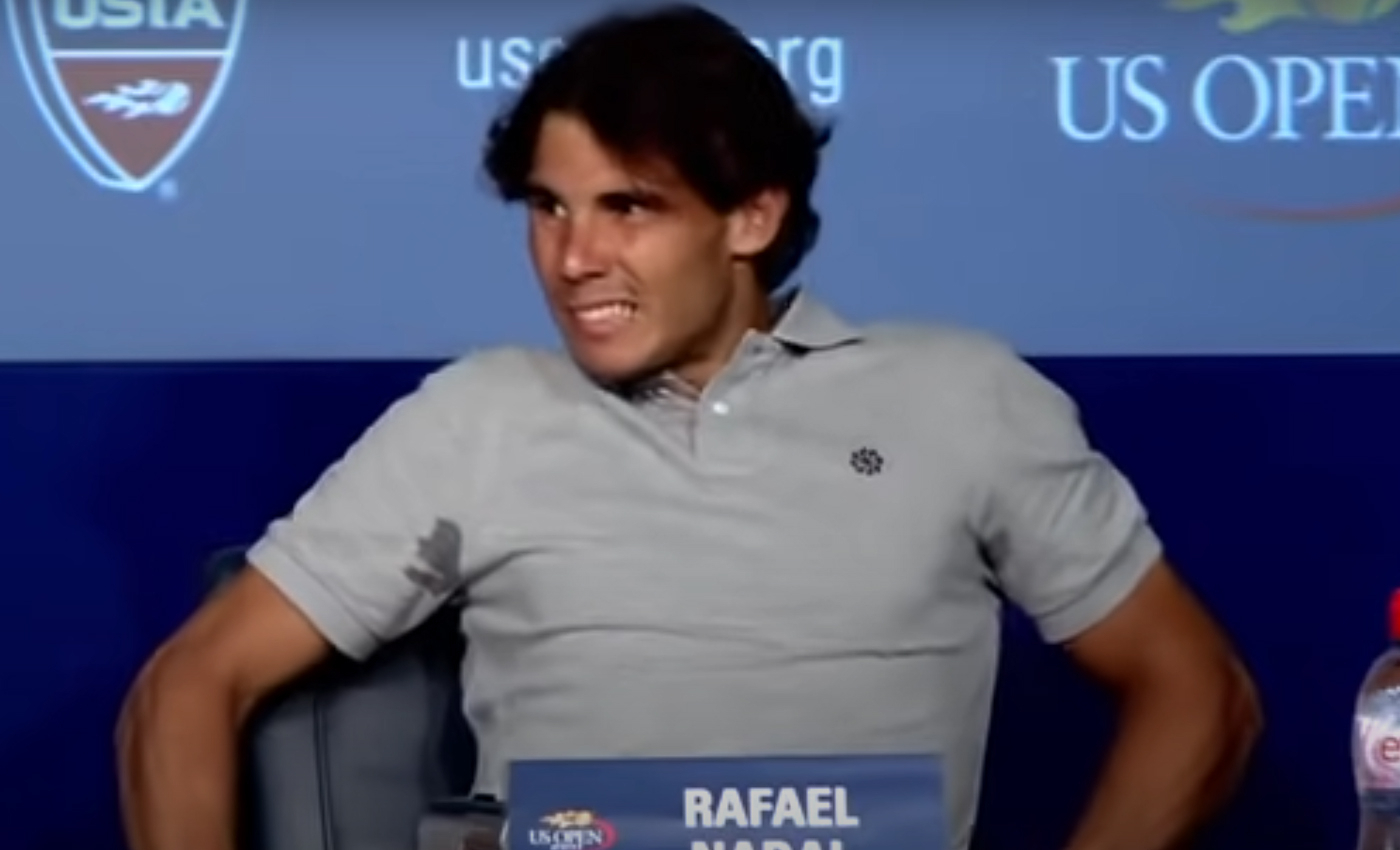 A video of Rafael Nadal experiencing leg muscle cramps at a press conference in 2011 has been incorrectly linked to the COVID-19 vaccine.

A video posted on the Bitchute website on July 24, 2022, claims that it shows tennis ace Rafael Nadal experiencing an "attack live on camera" at a press conference due to side effects from the COVID-19 vaccine. The caption reads, "CONVID VACCINE ADVOCATE RAFAEL NADAL COLLAPSES AT PRESS CONFERENCE." The video has been shared on multiple platforms, including Twitter and Facebook, with similar narratives.

Spanish tennis player Rafael Nadal has constantly emphasized the public need for vaccination against COVID-19. The Independent noted on November 15, 2021 that the player has criticized anti-vaxxers, calling them selfish. A Guardian article published on January 6, 2022, reporting on the Australian Open tournament, quoted Nadal reiterating his stance on the vaccine as saying, "The only clear thing for me is if you are vaccinated, you can play in the Australian Open and everywhere, and the world in my opinion has been suffering enough to not follow the rules."

However, the now-viral video of Nadal collapsing has been taken out of context and falsely linked to the adverse effects of COVID-19 vaccine. The original video dates back to 2011 when Nadal experienced a leg muscle cramp while speaking at a press conference. On September 5, 2011, the Guardian posted the same video and noted that he collapsed with cramps after a fourth round of the U.S. Open that lasted more than two hours. It added that later his leg was massaged, and ice and fluids were provided.

A video posted on the official YouTube channel of the U.S. Open Tennis Championships on September 5, 2011, stated, "Rafael Nadal experiences a painful leg cramp during today's press conference following his win against David Nalbandian." The same video was also posted by The Telegraph on September 5, 2011. It said, "Rafael Nadal collapses with cramp during the interview."

An old video of Rafael Nadal experiencing leg camp in 2011 is unrelated to the COVID-19 vaccines or its possible adverse effects. This video has been shared as a propaganda exercise by anti-vaxxers and COVID-deniers, so we have marked this claim as false.