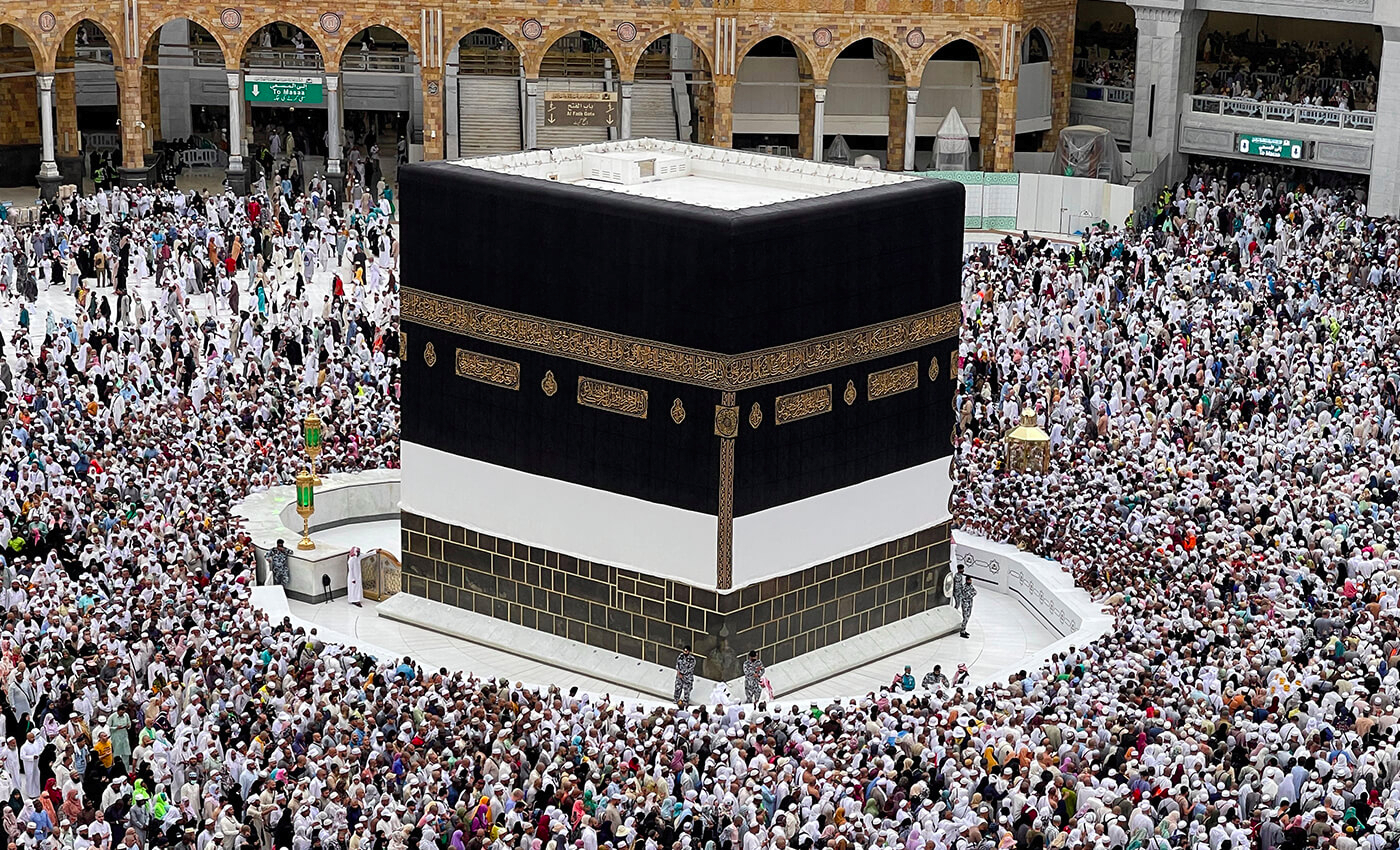 Planes flying over the holy Kaaba are prohibited for religious reasons. There is no scientific evidence that magnetic attraction exists in Mecca.

A Facebook posts claim that planes or birds cannot fly over the Kaaba in Mecca, Saudi Arabia, because it is the center of Earth's gravity. In the post, the user states that as the Kaaba is located in a spot devoid of tilt or deviation and is the center of Earth's gravity, it attracts magnetic charges. "It is impossible to fly over it, whether from birds or planes. And this is why Saudi Arabia has no airport in Mecca city," the post reads. The Kaaba is a cube-shaped shrine at the center of Islam's most important mosque, the Masjid al-Haram in Mecca. The post also talks about the physical features of the holy Kaaba, including that it is "the first point to receive the sunrise" and "the meeting point of cosmic radiation." This claim has been circulating since 2019 as a scientific fact on various social media platforms.

From a scientific point of view, the claim has no basis. The Earth's gravity and its magnetic field are two completely distinct phenomena. The National Aeronautics and Space Administration's (NASA) Space Place explains that gravity is the force of attraction that bodies form on each other, just as the Earth attracts everything on it, that flies above it, or swims in its orbit. The magnetic field is a "field" surrounding magnetic objects. According to the U.S. Geological Survey (USGS), the Earth's outer core is turbulent convection due to radioactive heating and chemical differentiation. This creates a process like a naturally occurring electrical generator, where the convective kinetic energy is converted to electrical and magnetic energy. The electrically conducting iron's motion in the presence of the Earth's magnetic field induces electric currents. Those electric currents generate their magnetic field.

According to the ArduPilot website, an open source for the autopilot system, the magnetic field interferes with a compass and Global Positioning System (GPS). Still, there is no mention of magnetic disturbances preventing an airplane from flying. Many things are known to possibly distort the earth's magnetic field in an area while flying, such as steel framed or reinforced concrete buildings, bridges and roadways, iron pipes, high-power electric lines, heavy equipment, and trucks and automobiles among others. However, these objects are not known to prevent a plane from flying over them.

The Saudi Anti-Rumors Authority published a video clip on January 18, 2017, in which unnamed Saudi pilot and navigation officials explained that the prohibition on flying over Mecca was put in place out of respect for the sacred sites and not to disrupt pilgrims. The video ended some dispute and confirmed that this prohibition excludes a few exemptions for helicopters that occasionally hover above the city. It also referred to the rescue helicopters, which arrived in 2006 following the collapse of a pilgrim's house.

AFP published a September 13, 2016, report featuring a picture of a helicopter "flying over Mina near the holy city of Mecca." Saudi-based international news channel Al Arabiya also published images showing helicopters circling Mecca to monitor the "safety of pilgrims." No scientific evidence suggests birds cannot fly over the Kaaba in Mecca. The alleged claim resurfaced in 2022, which could be traced back to 2019.

The Kaaba is a no-fly zone for aircraft due to religious reasons, and the claims of an existing magnetic force preventing birds or airplanes from flying over it are baseless and unscientific. Hence we mark this claim as false.