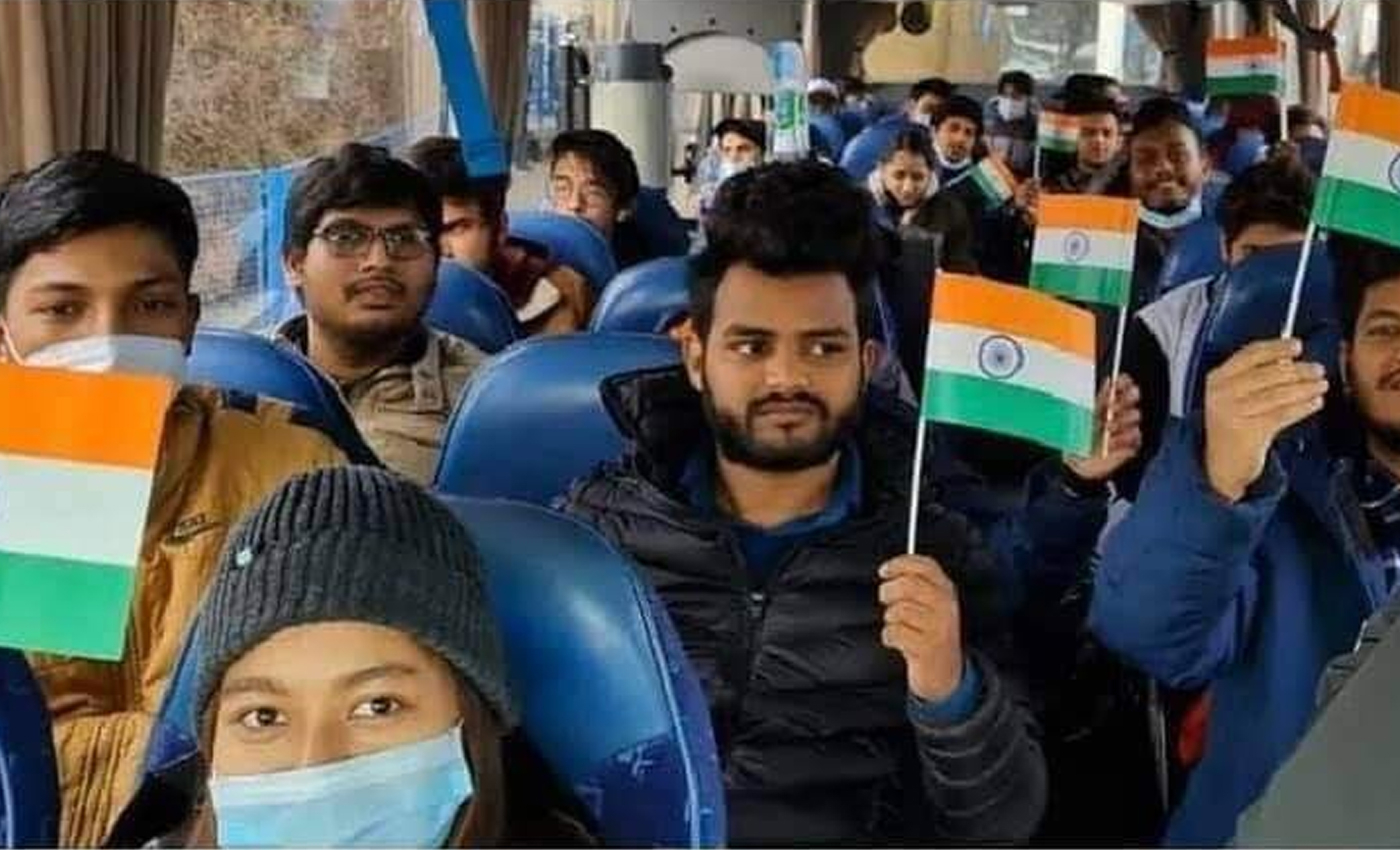 Following the Russian invasion of Ukraine, several countries, including India, evacuated their stranded citizens from countries bordering Ukraine. Amid these evacuations, a photograph went viral on social media purporting to show Pakistani students fleeing Ukraine by waving the Indian national flag to find safe passage to bordering nations. However, the image accompanying this post on social media is false.

Students from various countries studying in Ukraine traveled to bordering countries such as Poland, Slovakia, Romania, Moldova, and Bulgaria with the hope of getting back to their respective countries safely. Several social media posts and media outlets reported that Pakistani and Turkish students had fled Ukraine using India's tricolor flag.

We did a reverse image search on the Facebook post and spotted the image in an India Today report from March 8, 2022, about the evacuation of Indian students from Sumy, Ukraine. The report quoted Arindam Bagchi, Ministry of External Affairs spokesman, who confirmed via Twitter that all Indian students had been transferred out of Sumy. Under ''Operation Ganga,'' the students would be brought to India on certain flights, the tweet read.

The same students can also be seen in a video tweeted by the Indian Embassy in Hungary. ''More batches of Indian students enter Hungary from Ukrainian side at Zahony crossing, traveling onward to Budapest for return to India by AI flight today,'' reads the caption. The same video was also uploaded to YouTube by the Indian Ministry of Information and Broadcasting.

The Economic Times reports that G Kishan Reddy, Union Minister, said that Indian students trapped in Ukraine could place the Indian national flag on their vehicles as they attempted to reach the neighboring nations of Ukraine. Mr. Reddy also said that since Russia had agreed not to take any action against Indian students, the Indian government recommended the students carry the flag.

The Times of India and the New Indian Express have both published reports quoting Indian students claiming that Pakistani and Turkish students used the Indian flag to exit Ukraine. We have not independently verified the claim made by the Indian students. Nevertheless, the photo that has gained traction on social media is mislabeled as it shows Indian students who crossed over into Hungary, rather than students of other nationalities.