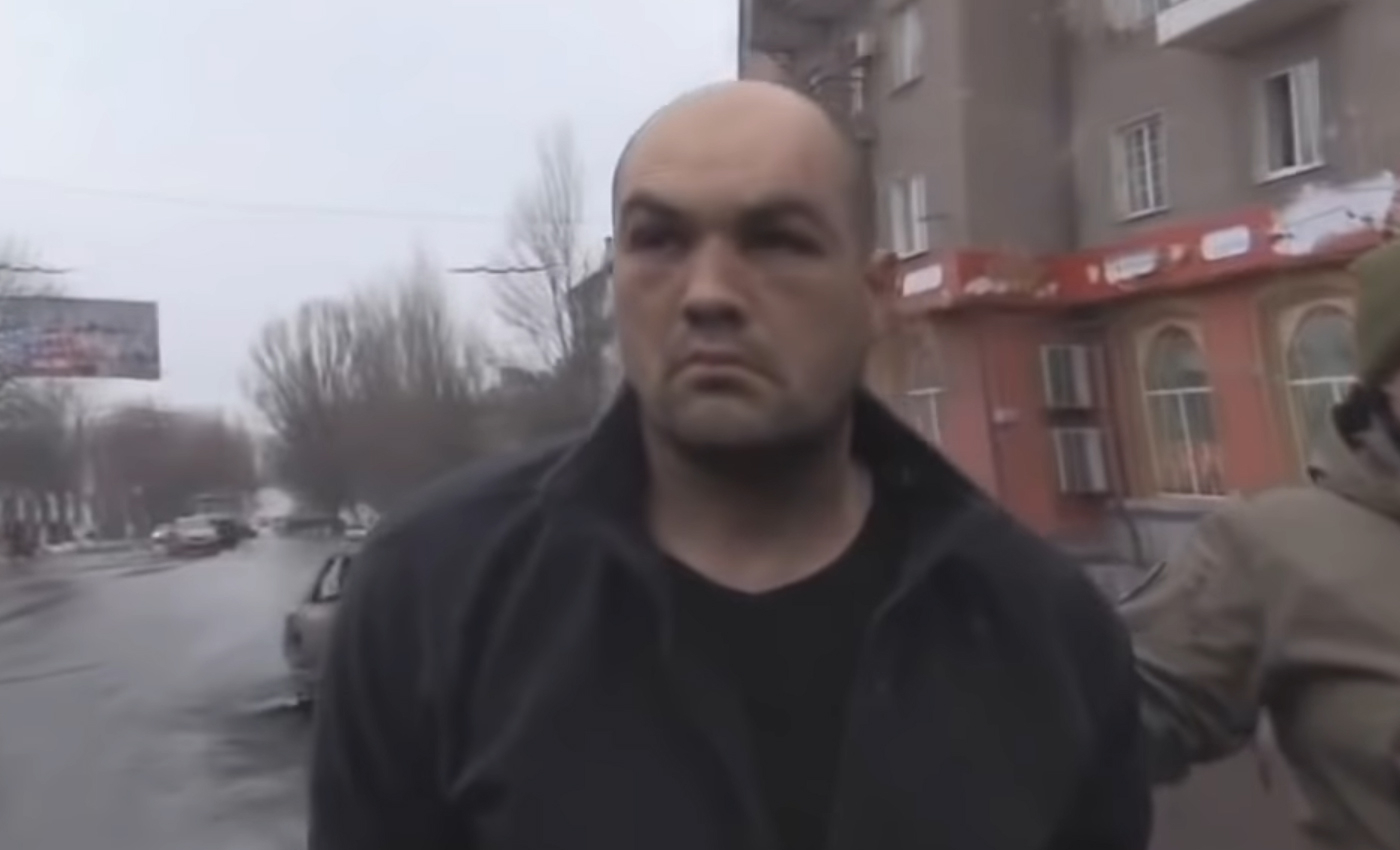 An old video has been used to falsely claim that Russian forces in Ukraine captured the leader of the Azov Regiment in March 2022.

Russia began its invasion of Ukraine on February 24, 2022. Since then, many images and videos have been used to spread fake content on social media platforms.

Recently, a video clip surfaced on Facebook supposedly showing a recent incident wherein Russian forces captured the Ukrainian Azov Batallion's commander and his soldiers in Mariupol. The Azov group is a militia group with its headquarters in Mariupol. The clip showed a man beaten up by locals as he was taken away by the Russian armed men. However, we found this is an old video of a Ukrainian military commander being captured by Russians.

Using a relevant keyword search, we found the viral video clip in an article published by Euromaidan Press in 2015. The report cited the news source as 'Free Donbas fb page', which claimed that the video was posted to make a false accusation that the Lieutenant Colonel captured by Russians in Donetsk was behind the attack on civilians. He and other soldiers were paraded on the street of Donestk near the crime scene.

The same video was posted by Ukraine Today, which reported that Oleh Kuzminykh, a Ukrainian military commander, along with other Ukrainian soldiers, was captured by pro-Russian forces and was later released. He was awarded the order 'For Courage' by the then Ukrainian president, Petro Poroshenko, in 2015, soon after his release. Kuzminykh was reportedly defending Donetsk Airport from Russian-backed militants in Donbas in January 2015.

Meanwhile, we found a recent report that said the Azov Battalion leader, Artyom Murakhovsky, was killed in battle by Russian troops in the Donbas region. The Azov group was integrated into the Ukrainian army in 2014 following the Maidan Coup and has been fighting Russian forces ever since. The group members reportedly derive inspiration from Neo Nazis and are actively involved during the present Russian invasion of Ukraine.

Based on the above facts, we can say that the person in the video clip is not an Azov leader, but a former Ukrainian commander by the name of Oleh Kuzminykh, popularly known as 'Cyborg.' This incident is in no way related to the Russian invasion of Ukraine in 2022, but dates from 2015 in the Donbas area where pro-Russian separatists and the Ukrainian military were involved in constant clashes.