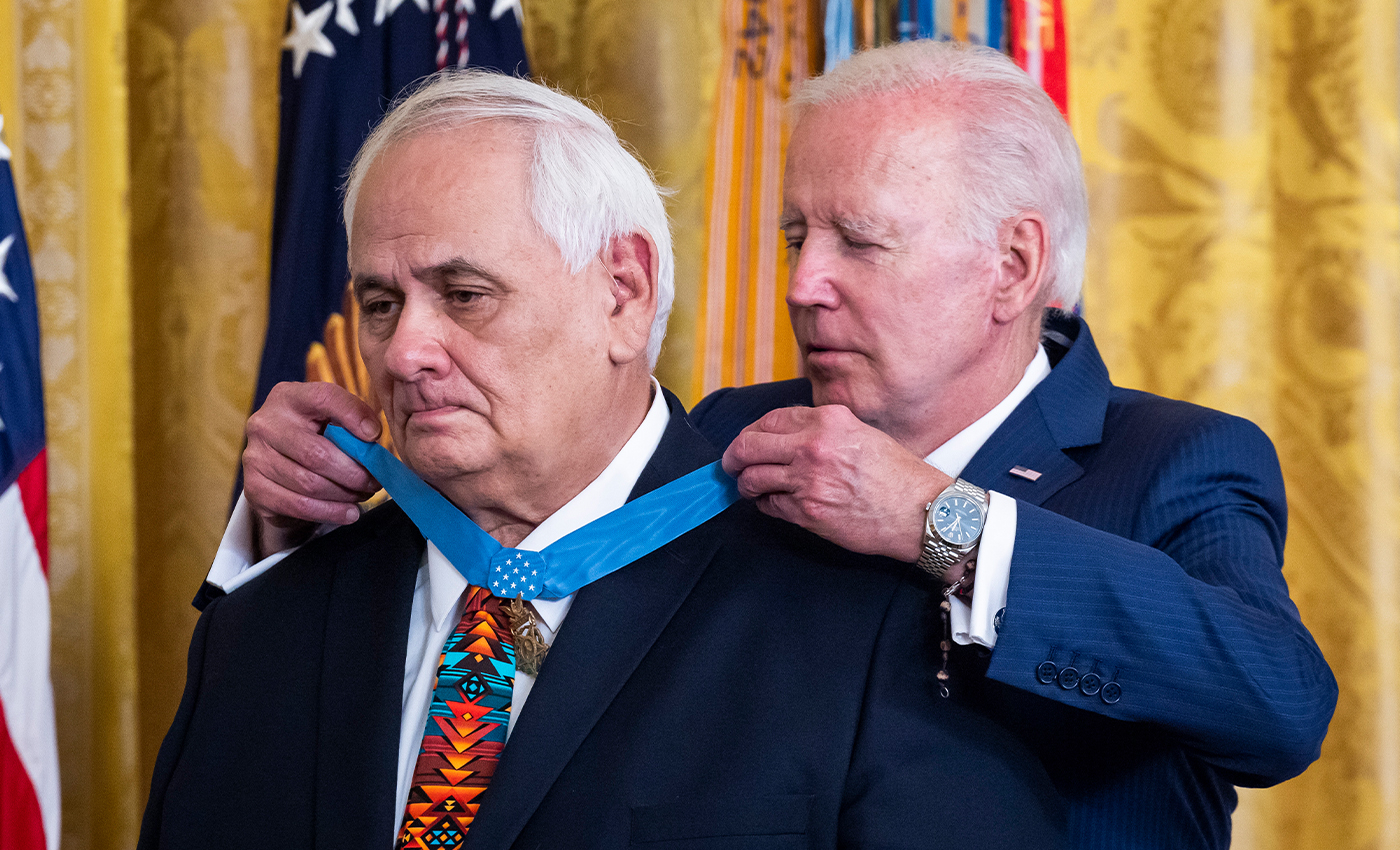 A clearer picture from the award ceremony shows that President Biden didn't tie the medal incorrectly.

A post on Facebook claims that U.S. President Joe Biden tied a Medal of Honor backward on a Vietnam War veteran. The user posted a blurred image of Biden securing a medal on the veteran, with a caption reading, "Biden puts the medal on backward. How dumb can ya get". It further reads, "Do you think the media would be ignoring a President putting a Medal of Honor on backward if it was Trump." The post's caption further reads "If I was (were) that veteran, I would (have) asked to either have the metal shipped to me or request that President Trump put it on in at Mar-a-Lago AS A STATEMENT." However, the claim made in the post is baseless.

The video and an enhanced, magnified picture of the ceremony show that President Biden didn't tie the medal backward as claimed. Therefore, we have marked this claim as false.