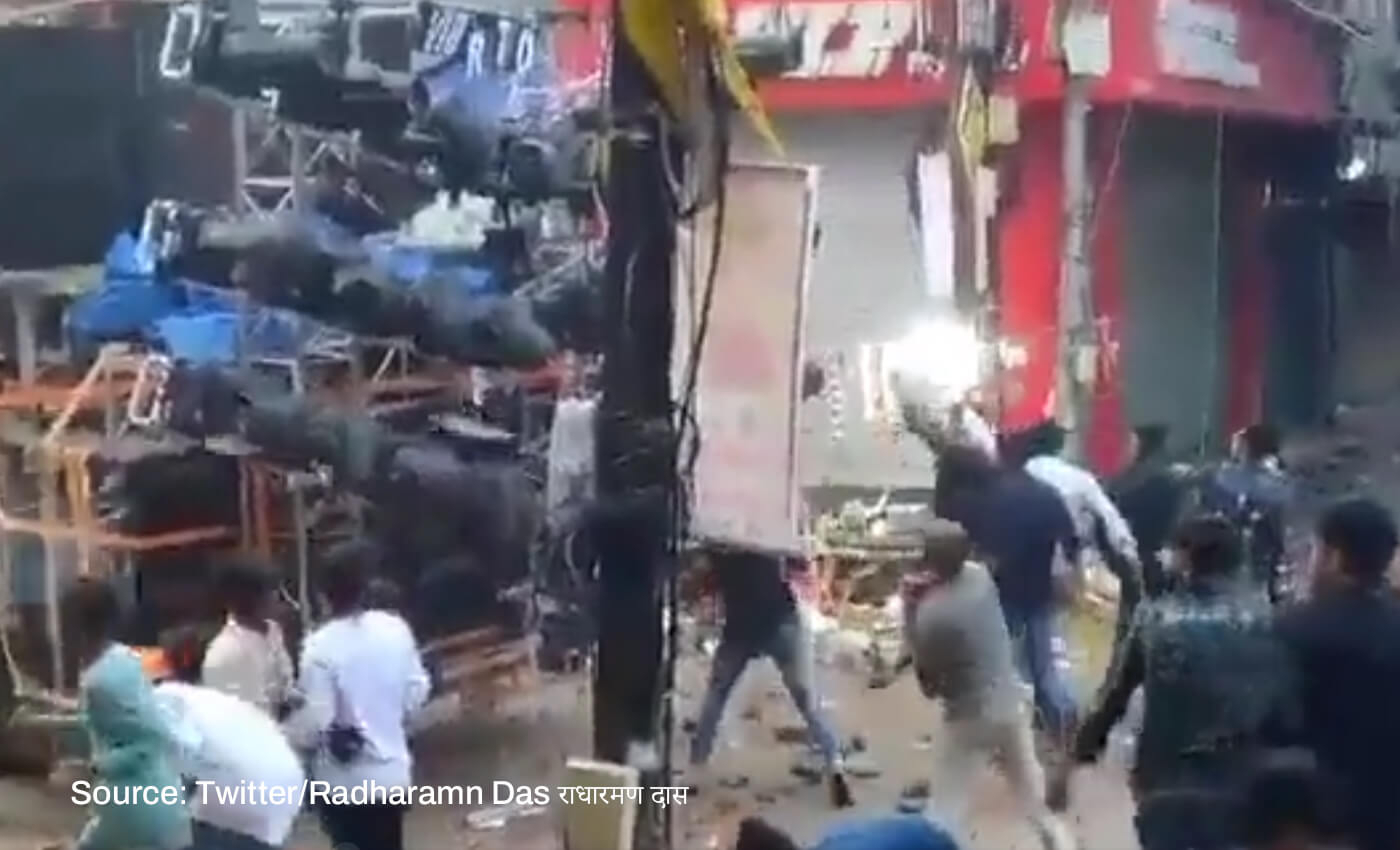 The police clarified that Muslims did not attack any Hindu procession. The Chattisgarh clash took place between members of two Durga Puja committees.

In the recent past, incidents of clashes between different communities have been making headlines in the country. As the devotees celebrated Hindu festival of Durga Puja in early October, a video started doing rounds on social media claiming that Muslims attacked a immersion procession in Bilaspur, Chattisgarh disrupting the festivities. The viral video shows a mob wielding sticks and stones breaking the main window of a truck and throwing rocks at another truck. One truck carries the idol of the Hindu goddess Durga, and the other carries heavy sound systems and speakers. The post's caption read, "Peacefull's attacked Durga Devi's immersion procession in #Bilaspur . Existence of Hindus itself is a problem for them. News of attacks on Hindus is coming from all over India & neighbouring countries during the celebration of Prop Muhammed's birthday & immersion of Durga pratima." Not just on social media, the misinterpreted video also made its way onto some mainstream news channels in India.

According to a video report by Quint Hindi, the visuals are from a fight that broke out between two Durga Puja committees in Bilaspur. The video report also shows Rajendra Jaiswal, Additional Superintendent of Police, clarfying that a fight had broken out between the members of two Durga puja committees near in Sadar Bazar, Bilaspur. The police officer said that two groups fought with each other over who will perform the immersion of the idol of the goddess first. “Suspects have been taken in custody, and legal action will be taken against the accused," he further said.

Logically also contacted Inspector, Kotwali Police Station in Bilaspur, Bharati Markham who confirmed that the incident did not involve any communal angle. "The incident occured on October 6 around 6pm in the evening. A total of 55 Durga puja committees were in the queue for immersion. Everyone was going one by one. Near Karona Chowk, Sadar Bazar, one committee broke the queue and took a different route. They wanted to go first for immersion. Suddenly, another Puja committee started a fight with them over who would go first. The scuffle took a violent turn, and police had to interfere to take control of the situation. So far, 20 people have been arrested in this connection. Both the groups were Hindu, and the incident has no communal angle," Markham told Logically.

The incident was also reported by News18. The report, dated October 7, carried the viral video which was originally shared by news agency ANI on Twitter. The report also reiterated that the clash was between two Durga Puja committee members who pelted stones at each other over idol Immersion in Bilaspur.The video showed mobs destroying lights, sound systems, and other equipment on a procession truck with sticks and stones.

Video of a clash between members of two Durga Puja committees in Bilaspur is has been wrongly shared with a communal spin. Both the parties included members from the Hindu community. Hence, we have marked this claim as false.