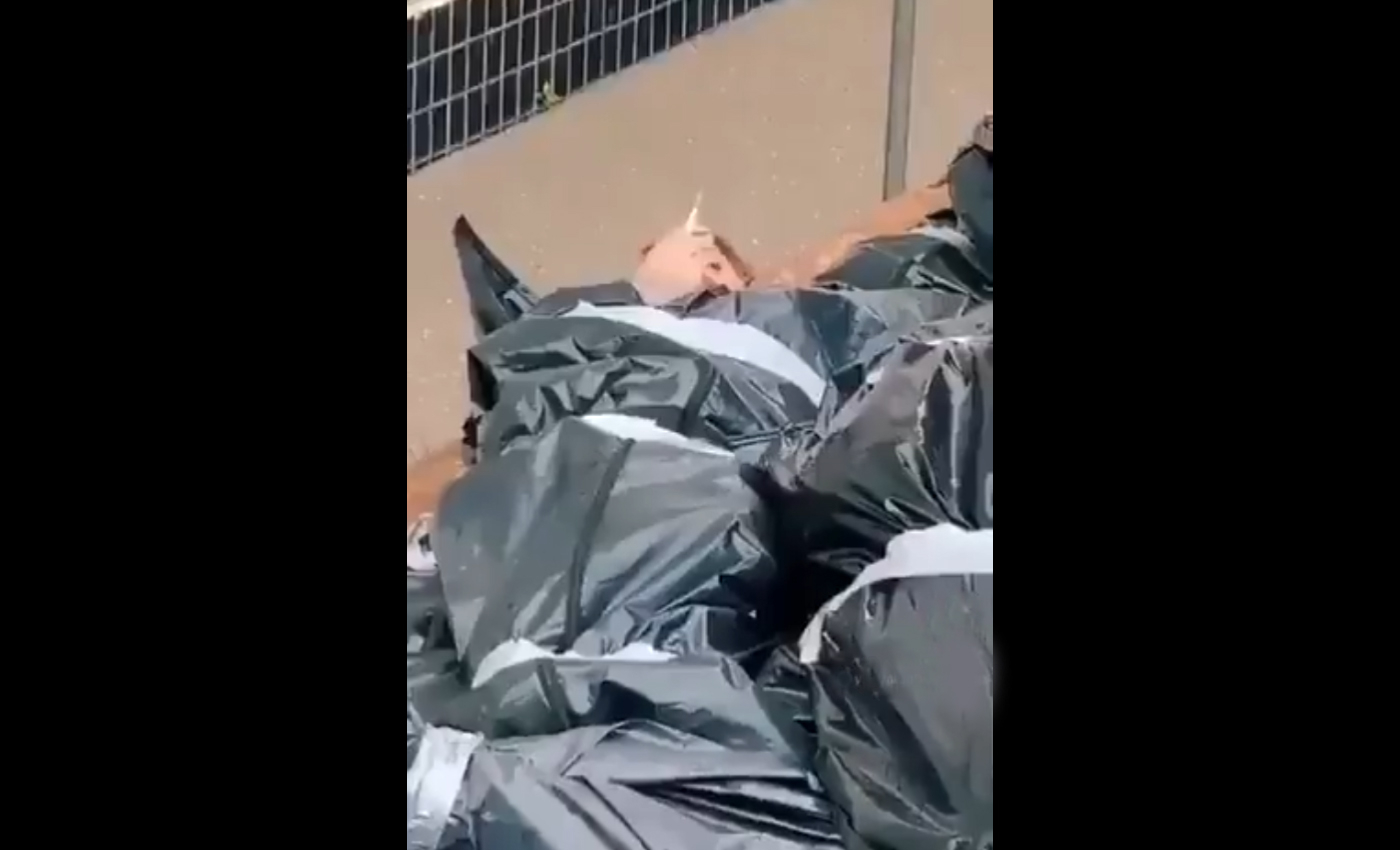 The footage is from a music video filmed in 2020 and has no relation to Russia's invasion of Ukraine.

Since Russia's invasion of Ukraine, numerous miscaptioned videos have circulated on social media, with many suggesting that the media is lying about events in the country.

One such video shows a man smoking in a body bag inside an orange truck, which the post's creator cities as proof that deaths in Ukraine are staged. The post has more than 7000 views and over 800 shares on Facebook and has also appeared on a number of TikTok accounts.

The text within the video reads, "Sky News and media bullshit lies. Don't believe everything you see." This is part of the "crisis actors" theory commonly seen in conspiracy circles, in which bad faith actors deny that specific events have occurred, and instead imply that they've been orchestrated in order to achieve a political aim.

There's no truth behind this. The video clip in question was shot during the making of a 2020 music video for the track "Never-Ever", by Russian rapper Husky. The official music video, posted by Husky on YouTube, credits Kirill Groshev as the director of photography.

Upon further investigation, Logically found the original version of the clip in the highlights section of Groshev's Instagram stories, with the date of October 2020. A frame-by-frame analysis of the video clip reveals that both the orange truck carrying the body bags and the white building in the background is identical to the visual details in Groshev's Instagram story highlights. It is evident that the video clip of the man smoking in a body bag is not related to Russia's invasion of Ukraine.