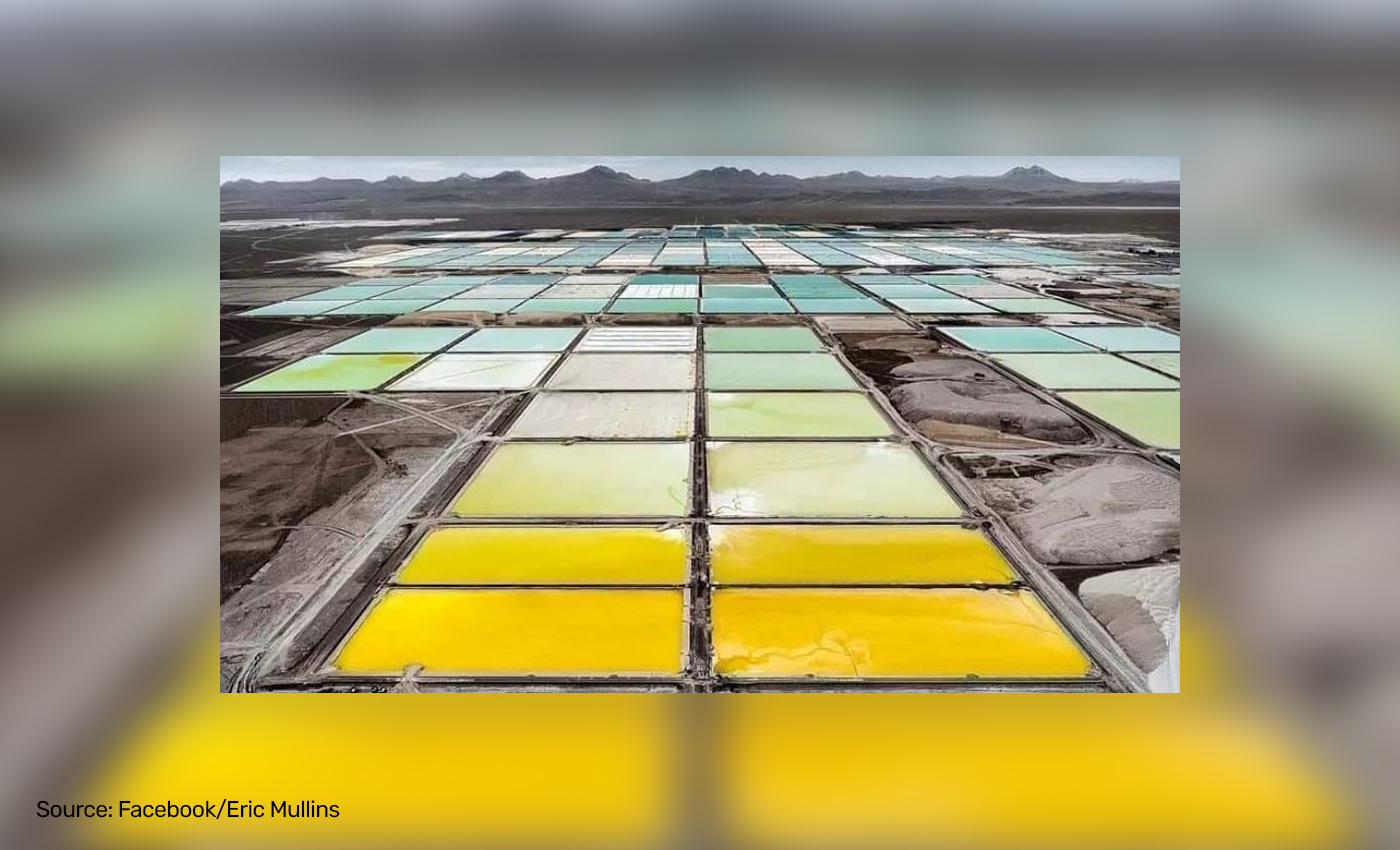 Lithium extraction negatively impacts the environment, but no proof suggests that lithium leach fields contain toxins that can kill birds.

The demand for lithium has grown exponentially in recent years with the widespread adoption of electric vehicles and increased demand for consumer electronics. The silvery-white color element has properties that make it attractive in many fields. With the increased demand for lithium, questions have arisen about the impact of mining on humans and animals. A Facebook post featuring an image of lithium fields, which claims lithium leach fields are so toxic that they can kill birds within minutes of landing, has been shared more than 500 times.

According to New Scientist, lithium mines are environmentally dangerous and disrupt wildlife habitats. It is energy intensive business and reduces access to fresh water, affecting local communities. Lithium is used in medications to treat bipolar disorder, but if exposed to higher amounts, it can cause side effects in humans like diarrhea, nausea, and a dry mouth. It is not suitable for those suffering from kidney problems, an underactive thyroid gland, or heart disease, according to the U.K.'s NHS. A 2008 review titled "The toxicity of lithium to humans and the environment" indicated that lithium is not expected to bioaccumulate, and its human and environmental toxicity is low.

Vox has reported that mining lithium for batteries threatens flamingos in Chile, one of the world's largest electric battery producers. It cited a study published in the journal "Proceedings of the Royal Society," which claimed mining caused a drop in lake water levels and became saltier. It noted excess groundwater sucked up by traditional lithium mining can kill aquatic food that the flamingos feed on. The study also mentioned that a single ton of lithium uses roughly 400,000 liters of water, which explains the reduction in the surface area of lakes.

However, there is no evidence that birds die within minutes of landing on lithium fields. While excessive exposure to lithium is known to cause certain ailments in humans, there is little information on its effects on birds. Snopes has written an extensive report on toxic lithium mines, pointing out that we cannot quantify the toxicity of a lithium leach field without seeing the toxicology report. It would also be incorrect to say that birds may die of neurotoxic exposure without proper evidence to back these assertions.

There is enough evidence to say lithium extraction can negatively impact the environment. However, as claimed in the post, we cannot say if the lithium leach fields contain neurotoxins that kill the birds within minutes. Hence, we have marked the claim as misleading.