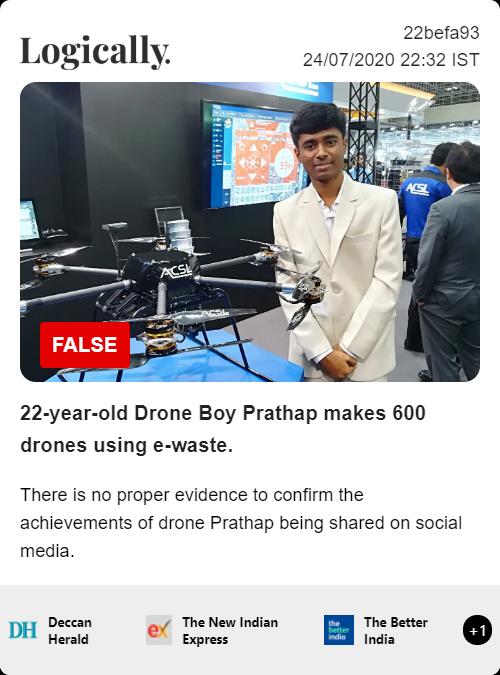 There is no proper evidence to confirm the achievements of drone Prathap being shared on social media.

Drone Prathap has claimed to have made 600 drones using e-waste, but not a single photo or video exists, and all photographs show him with commercially produced drones from several companies. There are some photos of him standing next to some drones, but they made by reputed drone companies, not by him.

In one such picture posted in social media, Pratap can be seen standing next to a drone that belongs to ACSL (Autonomous Control Systems Laboratory Ltd) company. A mail was sent by a Redditor to the ACSL to determine whether Prathap works for the company or developed drones for them. In a reply, the company categorically stated that he has no relationship with the company or drone.

The Centre permits the Telangana government to use drones to conduct a feasibility study on delivering COVID-19 vaccines.