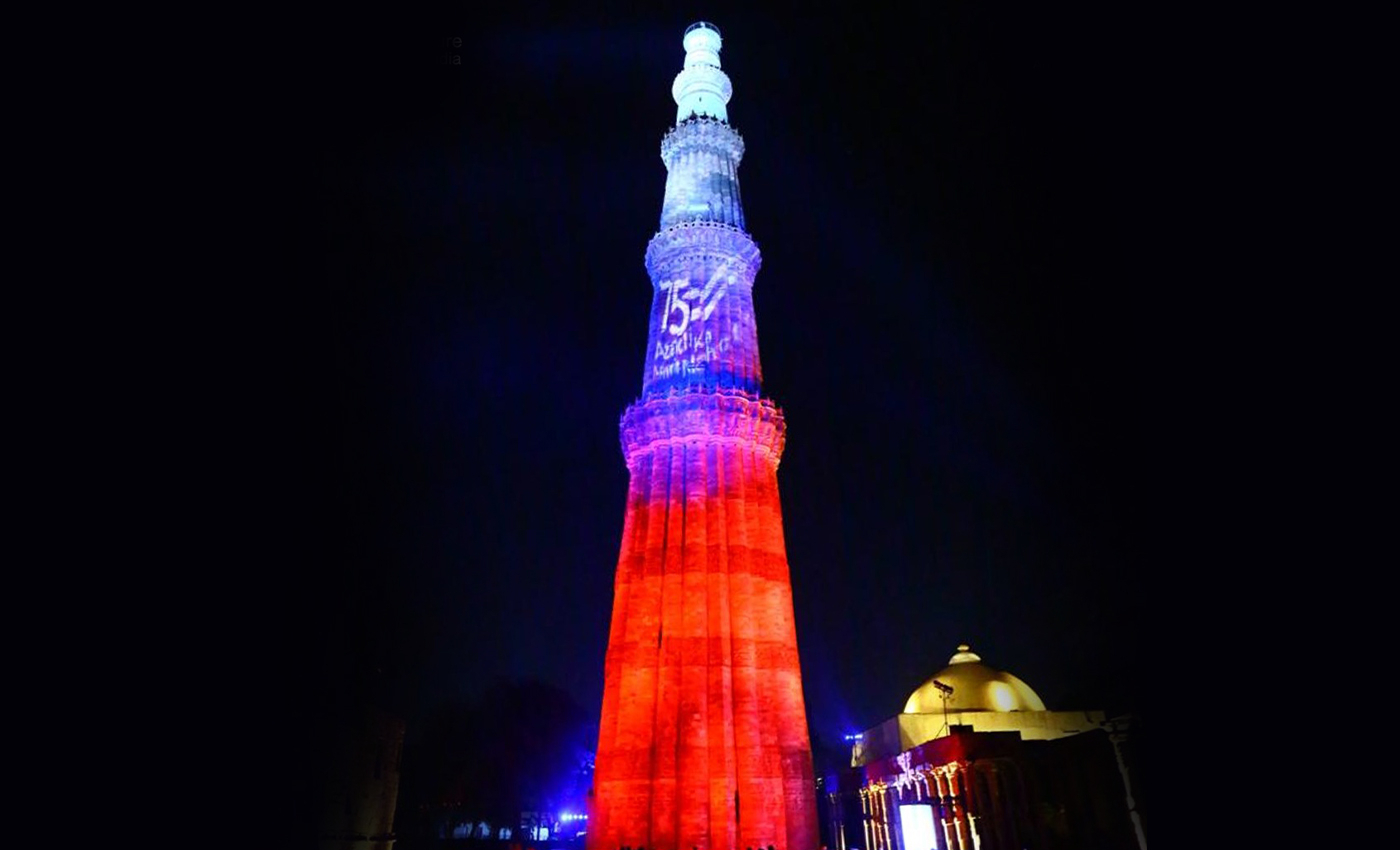 Though the monument was covered in shades of blue and red, it was a part of the Indian government's 'Jan Aushadhi' project.

A post on social media claims that the Indian monument Qutub Minar, located in the national capital New Delhi, was lit up with the Russian flag after Russia invaded Ukraine—adding that this shows India's support for Russia. An image attached to the post shows the monument lit with shades of blue and red, which are the colors present in the Russian flag. However, this claim is misleading. Through a reverse image search, we found that the same image was posted from the official Twitter account of 'Pradhan Mantri Bhartiya Janaushadhi Pariyojana' (PMBJP) on March 5, 2022. The same image was also posted on the official Twitter handle of Azadi ka Amrit Mahotsav (@AmritMahotsav), with the caption saying, "The color of the nectar festival of freedom and the 'Jan Aushadhi' project climbed on the Qutub. A confluence of fantastic beauty and technology, which you can see from March 5 to 7." The images are taken from the Janaushadhi Diwas 2022 celebrations - a government initiative to spread awareness about quality generic medicines. Also, on a closer look, the picture shows the text 'Pradhan Mantri Bhartiya Janaushadhi Pariyojana' in Hindi projected onto the Qutub Minar. Pradhan Mantri Bhartiya Janaushadhi Pariyojana (PMBJP) is a campaign launched by the Department of Pharmaceuticals, the government of India, to provide generic medicines with the same potency compared to branded drugs at an affordable price. Considering images are being circulated with a false narrative, we are marking this claim as misleading.